Back in 2004, Mona Saleem made the move to join Brewer Smith Brewer Group (BSBG), establishing the group’s new structural engineering division. The engineering division has since gone on to deliver structural designs for skyscrapers, sprawling residential developments, shopping malls and hotels across the UAE and overseas. Mona has been integral in the growth and success of BSBG engineering, and is now in her 16th year with the group.

“I have a love for mathematics and problem solving, even from an early age,” Mona says. “That’s why I decided to pursue engineering as a career. My move to Dubai came many decades ago, after I married my husband, as he was residing here at the time. And with the scale of the projects that were planned here at the time, it was a perfect move for me.” 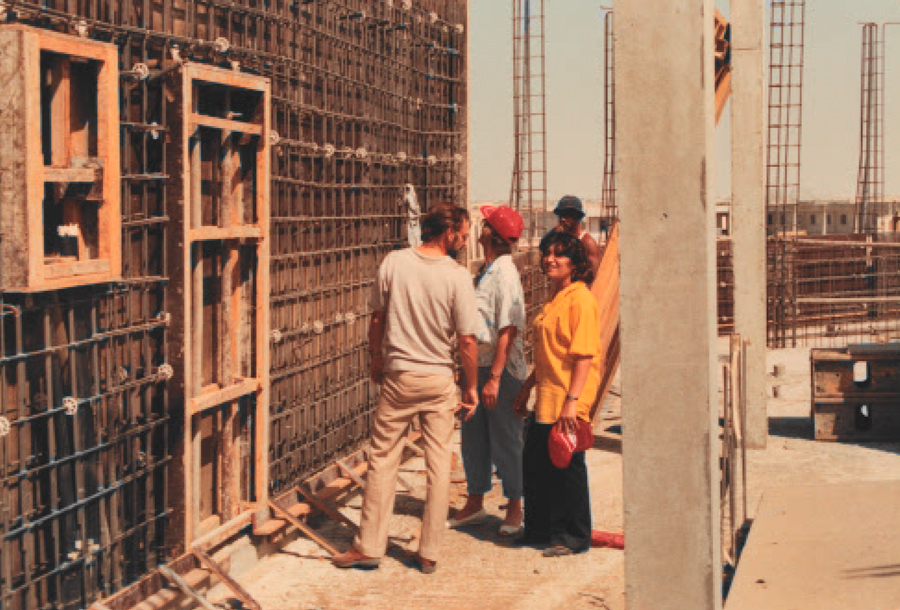 Mona moved to the UAE immediately upon finishing her degree, and with no real ‘on-the-job’ experience, it was a challenge to find anyone willing to offer her a position. “At times I was even willing to work for free, just to allow myself time to gain experience and build my resume,” she explains. “Companies were reluctant to hire any engineer that had less than 5 years’ experience.”

The turning point came when her former mentor, the late Dr Wael Hussain, saw the natural flair Mona possessed for problem solving and calculations, and took her under his wing. “He taught me everything I know, and we had a wonderful 21 years working together. To him I’m eternally grateful.” 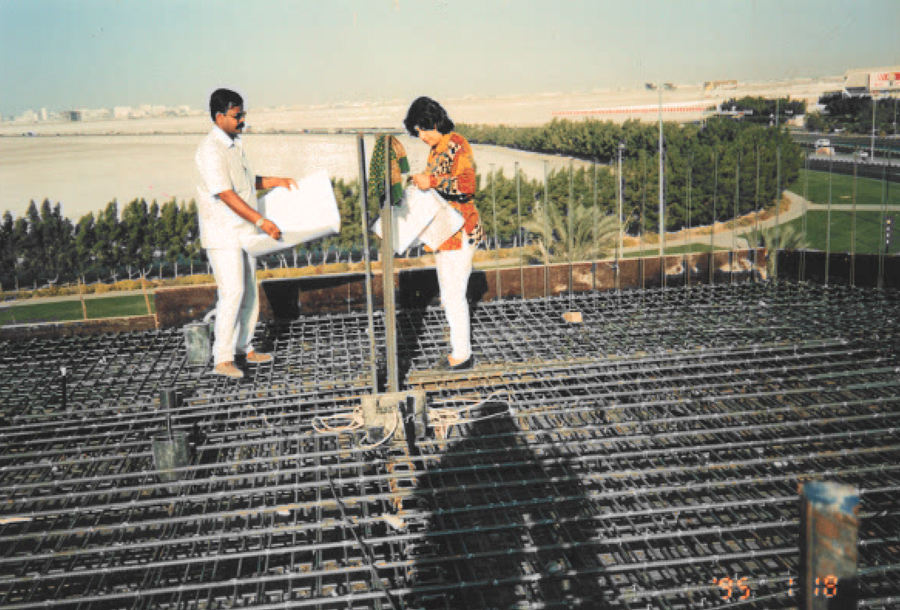 Unbeknown to her at the time, Mona also became the first female structural engineer to work in the UAE. In what was a very male dominated profession, Mona carved a career for herself as a respected and trusted engineer, helping to construct projects in one of the most challenging cities in the world. “It was quite shocking when I found out I was the first female structural engineer to have worked in the UAE,” Mona says. “I genuinely had no idea, until I was contacted by a construction magazine who told me that. I had many female classmates in Egypt, so the idea of being the first female engineer in the UAE didn’t cross my mind.”

As a woman working in a male dominant industry in the UAE, particularly before the turn of the century, many would assume the odds are stacked against you, but Mona remembers things quite differently. “It wasn’t as bad as you may think. I found men to be extremely respectful and supportive of me in the workplace. There were times when circumstances were a little challenging, for example on site visits when you are the only female among hundreds of men, it could be slightly uncomfortable. One person who has always helped me throughout my life to overcome any challenges is my husband, Ahmed Sharaf. And without his unconditional support, I’m sure I could never have had the success I have.” 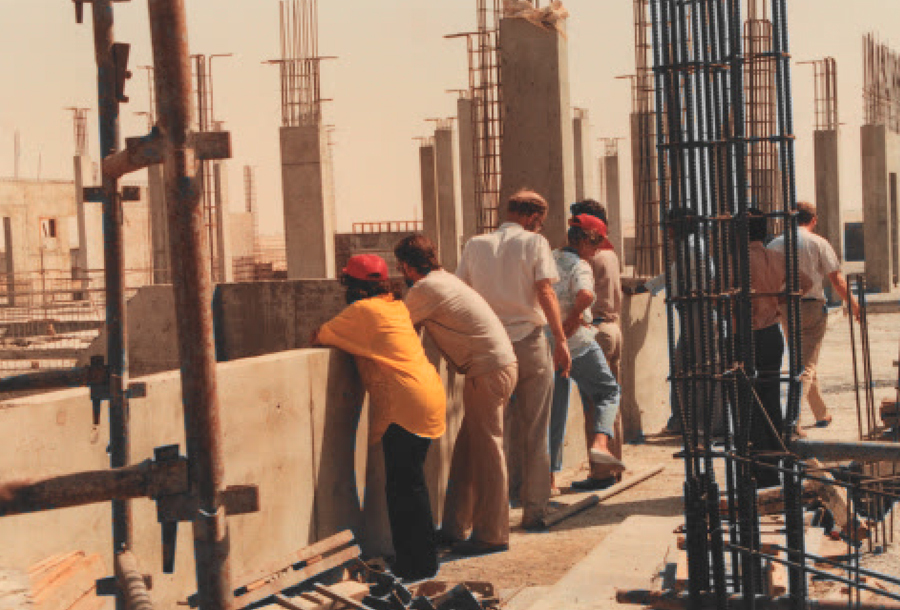 In those early years, Mona gained the nickname ‘the human computer’, something that has stuck with her throughout her career. It was at a time when computers were not yet in the UAE, and she was working on delivering a number of stadia in the country for camel racing. “It was a different time back then,” she recalls. “And due to the tight timeframe and complexity of the project, we looked to a company in the UK to provide us with computer analysis and the data we required to move forward. Unfortunately, they were unable to provide us with the information we required in time, and so I took it upon myself to perform all the analyses manually to meet the project deadline. It turns out after I completed my design, we actually received the computer generated results from the UK and exactly the same values were produced. That’s when I got that nickname!” 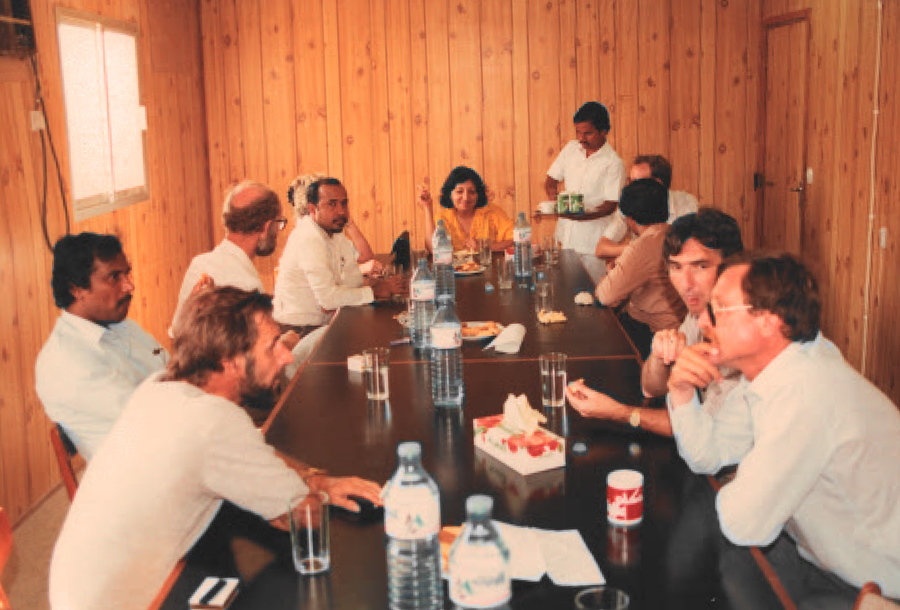 When Mona joined BSBG, her reputation convinced Managing Partner Alistair McMillan to bring her in to the company to establish the engineering division. “I had worked with Alistair on some projects before, and was delighted to join BSBG,” she says. “Now 16 years later, it really has been one of my favourite workplaces. The management is wonderful, and they run the business so well. We’ve accumulated a vast portfolio of such a wide variety of projects. Being treated respectfully, fairly, feeling appreciated and working in a great atmosphere; what more can one ask for? I will always be thankful to Alistair, whom I have worked with for so many years, for his support, as well as all the management team for the many happy years I have spent with BSBG so far.”

As the first female structural engineer in the UAE, Mona has a vested interest in the opportunities she sees for women in engineering. Recently the UAE’s space industry has taken centre stage, with many Arab female engineers having contributed to the Hope Probe, currently on its way to Mars. It is projects such as this, as well as the inspirational story of Mona, herself a trailblazer in helping to establish the importance and contribution women can make within industries that were traditionally the reserve of men, that serves to inspire the next generation of young females for whom engineering, science, maths and problem solving are a passion. “If she is passionate about bringing things to life, then I strongly believe that engineering would be one of the most rewarding jobs for a woman. Working many hours to bring sketches, drawings from paper or computer programs to life, and to create real buildings, is a priceless experience…”