10 things you need to know about FIDIC contracts

There’s a full suite of FIDIC contracts, and familiarity with one form of contract doesn’t mean familiarity with all. These contracts have been updated many times to provide further clarity on a number of clauses relating to risk allocation with the intention of avoiding disputes. This is one of the reasons why the FIDIC suite of contracts are popular in the Middle East region.

There have been a number of high profile cases involving construction-related disputes using FIDIC contracts that have highlighted areas of a particular form of the FIDIC contract that can be improved, by more clearly defining the risk allocation or providing express examples of the type of events or circumstances that will or will not result in entitlement for the contractor to claim for additional time or cost. The FIDIC suite of contracts have been updated over the years to capture these improvements based on expert advice and user feedback.

What this means is that the streetwise Contractor Administrator should always be aware of the latest edition of each form of contract to be able to give professional advice as to which form is best suited to their client’s procurement strategy and the planned type of project.

BSBG invests a lot of time on this within our Contact Administration team. Anyone who comes into the team completes a mandatory FIDIC training course just to get the fundamentals in place from the start, and this is something I don’t think many others are doing.

While bespoke FIDIC contracts are a form used by the majority of large developers, it is often assumed by inexperienced Contract Administrators that because they are familiar with the standard form of one of the FIDIC contracts, that each one is the same and operates in the same way. But that’s not the case.

The problem comes when developers take the standard form of contract, which has been refined over decades by industry experts based upon years of day-to-day use, and make amendments to a certain clause in isolation to shift more risk onto the contractor, without properly considering the knock-on effect to other clauses that are linked to the same mechanism in the contract. This mistake can often result in ambiguities in the operation of the contract, contradictions in the allocation of a particular risk between the parties or a breakdown in operation of contract leading to disputes.

Taking the time at the start to select the correct form of contract and carefully considering the effect of any proposed changes, additions or omissions to any clause of the contract can avoid a painful journey for the Contract Administrator and the parties to the contract by avoiding disputes in the first place.

That’s not to say that disputes will not happen - because they will, but if the form of contract has been correctly chosen and any changes made have been drafted with expert advice to avoid mistakes, the Contract Administrator and the parties can take comfort that the rules of engagement are fair, reasonable and clearly defined.

3. It’s all about understanding the contract you are administering

BSBG makes it our business to review in-depth the general and particular conditions of the contract right from the start. This can be achieved with expert advice to our clients on the important mechanisms in the contract, such as programme, variations and claims for time and cost that are often the focus of construction-related disputes.

Our experience means that we fully understand the importance and value of properly scrutinising the contractor’s programme at the start before approval, as well as the importance of a punctual response to any delay notice or claim for additional time or cost when it is submitted by the contractor.

The time period for review of a variation or time-related claim is sometimes not expressly stated in a contract. Reference to the time period for a claim is often describe as ‘within reasonable time’ as the Contract Administrator’s obligation. However, BSBG knows from experience the importance of punctual review of all claims for time and cost at the time they are received, based on the as-built condition and the contemporaneous project records available. This provides for an accurate and fair determination and avoids the common mistake of a claim being assessed six or 12 months after the event when the actual cause of the delay event or variation and the party liable for it can often become unclear.

It falls upon the shoulders of the Contract Administrator to fully understand the allocation of risk between the employer and the contractor. Even if the last 10 contracts you administered had the same provisions for notification of delay or claims for additional time and cost, an experienced Contract Administrator will not make any assumptions and will take the time to read and digest the effect of the terms and conditions from the start. Any other approach is dangerous and can lead to fundamental mistakes in the administration of the contract, leading to embarrassment for an unexperienced Contract Administrator or, in more severe cases, defaults resulting from professional negligence.

5. There are 11 forms of the contract, but only two are commonly used as the main contract

In 1999, FIDIC published a new suite of updated contracts. The ‘Rainbow Suite’ consists of different colours, but for traditional projects, those that are predominantly designed by the employer, the FIDIC Red Book 1987 or 1999 are often used.

In circumstances where the procurement strategy is that the contractor will be responsible for most of the design, the FIDIC Yellow Book 1999 is preferred.

The FIDIC Short Form Green Book 1999 is an alternative option for small value, short duration and simple works, although parties usually prefer to use a more comprehensive form of FIDIC in the Middle East construction industry.

The FIDIC White Book – Client Consultant Model Services Agreement is also sometimes used between clients and consultants for their service agreements. The latest edition of which was published in 2006.

For a Contractor Administrator in the construction industry, a bespoke form of contract based on the FIDIC Red Book is the most common that is now used in the UAE…

6. Claims for extension of time for completion are the most common cause of disharmony

Disputes are common in the construction industry, usually resulting from the contractor failing to satisfy its notification and substantiation obligations in the event of a claim for additional time with or without costs.

Conflict often arises when the contractor fails to notify the Contract Administrator of the delay, or circumstances that have resulted in critical delay and the related clause is worded such that if the contractor has not submitted its notice within the specified time, the claim fails and the contractor loses the entitlement to claim any additional time or cost.

The streetwise Contract Administrator must fully understand the importance and complexities of the terms and conditions of the contract relating to claims for extension of time with cost; and is also obligated to reach a fair and reasonable determination based on agreed terms and conditions in the event of a dispute. This is not necessarily an easy task when the parties become emotionally invested in the dispute and may find it difficult to even agree what day it is.

BSBG has proven experience in successfully administering contracts from start to finish, and the correct determination of claims for extension of time with costs is a sensitive and usually problematic part of the process that we excel at resolving.

8. The contract must be adhered to, regardless of who pays for the service 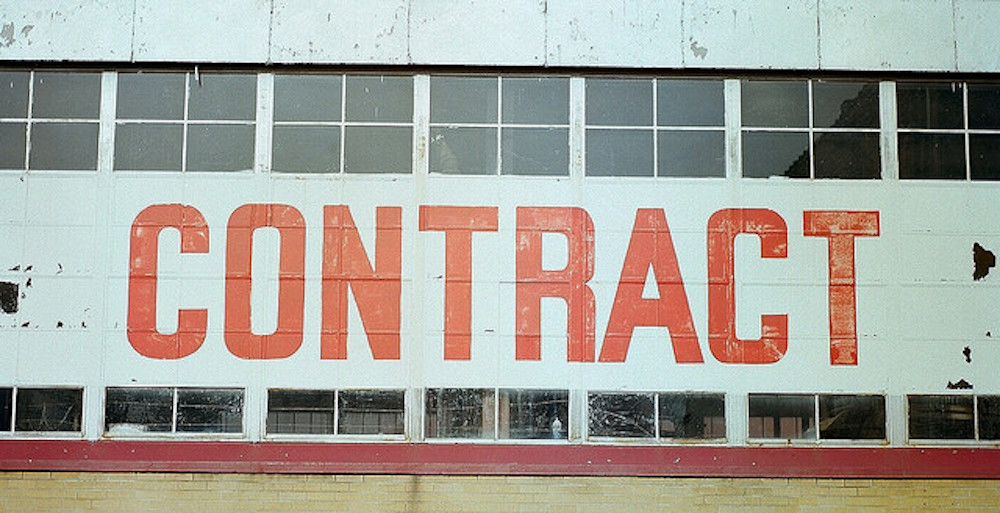 9. Avoid a FIDIC contract dispute by doing the following

Conduct a detailed review of the Contractor’s Programme, Quality Plan and H & S Plan before works start on site. This is critical as they form the benchmark for the project. Instruct the contractor to submit a daily activity report/daily diary, recording things such as the areas being worked on and the labour force. Reports should include the numbers for each trade, the weather and any health and safety issues. This is an invaluable record that can be forgotten or ignored by an inexperienced Contract Administrator. Daily date-stamped photographs of all areas showing the rate of progress should also be mandatory.

Quality control involves the issue of Site Observation Notices or Non-Conformance Reports to the contractor for defective work. Adequate deductions should be made from the contractor monthly interim application for payment to motivate/compel them to rectify the defects as they go and also to protect the client’s position. This is often overlooked or not managed, coordinated or enforced properly. Finally, it is crucial to understand the importance of tracking the approved programme and issuing a formal instruction to the contractor to amend/re-sequence their programme to mitigate any delay in the event of their rate of progress being too slow to complete the works within the time for completion.

10. FIDIC contracts are here to stay

The fundamental thing about FIDIC contracts, which is accepted internationally, and it’s the reason it’s used around the region - in general terms a FIDIC contract very clearly identifies and differentiates the risk between the parties, and it does that evenly, clearly and concisely.

FIDIC contracts are in fact growing across the world, even in the UK, which means that the importance of a knowledgeable Contract Administrator continues to become more and more prevalent.