The Beach waterfront development at Jumeirah Beach Residence (JBR) has emerged to become one of the most revered new destinations in Dubai and the UAE, attracting thousands upon thousands of visitors each day. 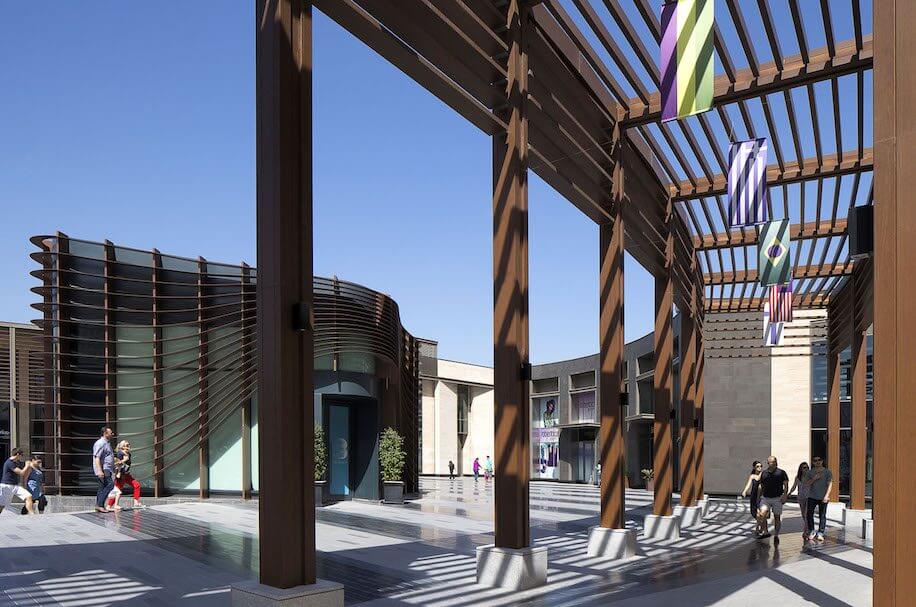 In 2012, BSBG took on the lead role for the entire project from start to finish, having been engaged by Meraas to deliver the design and supervise the construction phase. The Beach was conceptualised and the initial design submitted by international design studio Benoy, who envisioned the development to become a modern hive of activity and veritable melting pot of the culturally diverse social groups found in Dubai. 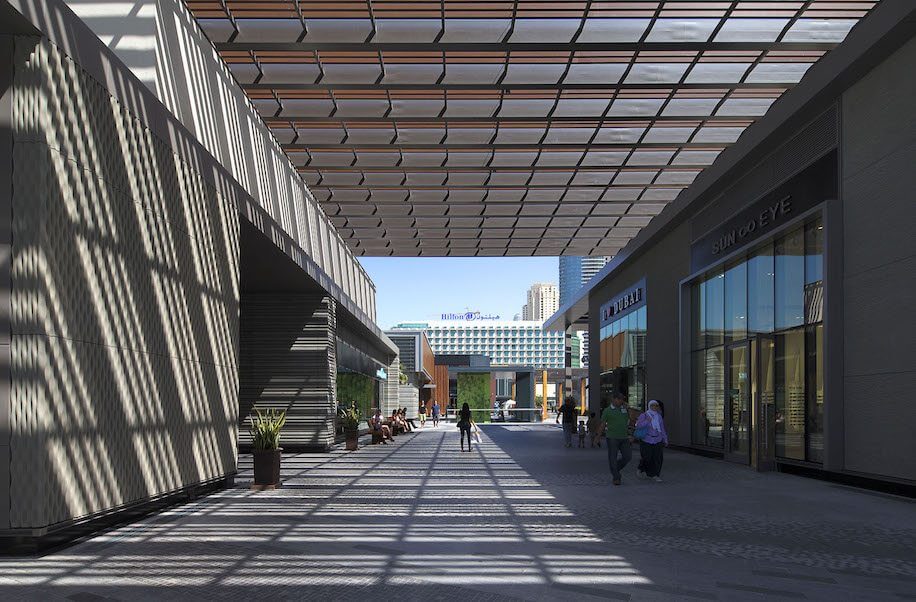 The development has completely transformed the area between JBR and the beachfront with its cohesive yet distinct and non-conventional design, offering residents and tourists a vibrant and dynamic boardwalk, whilst providing an indelible connection between beach and city. Before The Beach was built, the area was a sandy car park, and the area was barely visited by the growing population of the Marina and JBR districts. Now the area sees thousands of people visiting each day and night to meet, eat and walk along the beachfront.

Characteristically avant-garde in both feel and appearance, the promenade includes more than 70 outlets, including a multiplex cinema, fine dining and casual restaurants, terraces, shisha bars, retail outlets and kiosks. It has also become a destination for events, such as free concerts, film screenings and sports events on the huge outdoor screen, and stunning fireworks displays to mark significant events throughout the Dubai calendar. 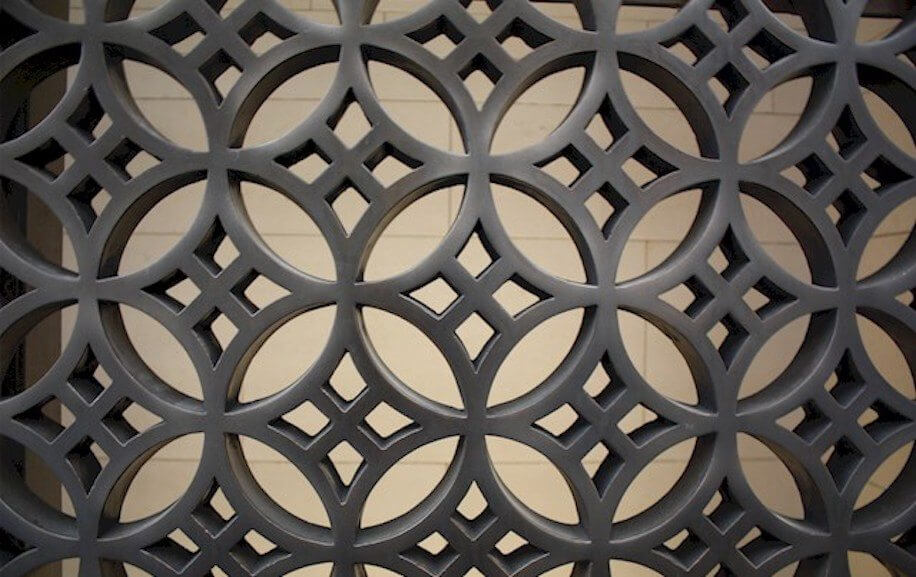 The Beach at JBR sets the benchmark for future developments of a similar nature in the region, achieving a cosmopolitan offering while remaining respectful of cultural sensitivities. The unique and inspiring design sees traditional architectural rules for a seaside frontage discarded, as the development achieves a memorable aesthetic appearance with no compromise on sustainable materials – designed for durability in a harsh seaside environment. 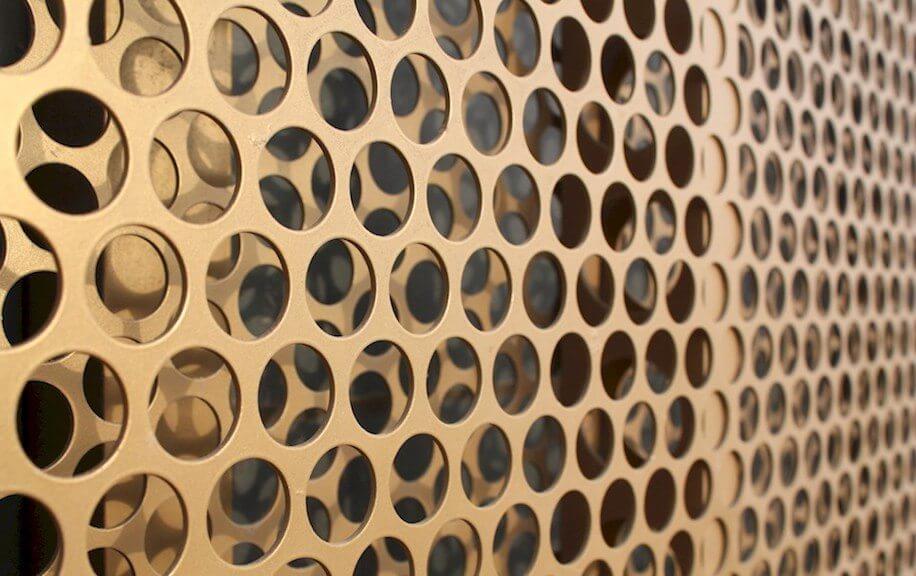 The Beach was a challenging project with the external conflict of time, cost and programme being ever present. Despite this, its overall success is testament to all the effort and skills with which BSBG has now become so readily associated. 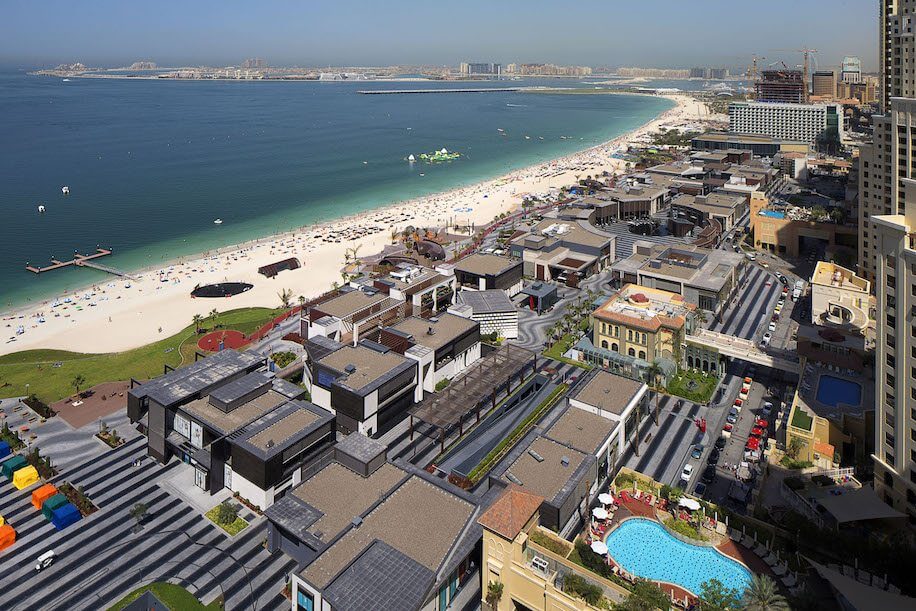