Behind Bluewaters Residences, with Kevin Harper

Bluewaters is one of the most highly anticipated new developments in Dubai. The man-made island will feature Ain Dubai, the largest observation wheel in the world, as well as four distinct zones: retail, residential, hospitality and entertainment. BSBG has led and coordinated the design of the entire Bluewaters Residential development from the concept stage. As the project closes in on completion, the BSBG Media Team spoke to Project Director and BSBG Partner, Kevin Harper, about the latest progress and the story behind the practice’s involvement in what is one of BSBG’s largest projects to date…

BSBG Media Team: Bluewaters Residences was unveiled in February 2013, and work began just a few months later. When did BSBG become involved, and in what role/capacity?

Kevin Harper: “We were appointed by Mirage Leisure and Development for the residential zone of the island in June 2014, and were involved in its early feasibility development prior to engagement of the concept architect, 10 Design of Hong Kong. Our role as lead consultant meant we were overseeing and managing the entire design team and process. We controlled the coordination process in the early stages before also taking full responsibility for the architectural packages from the end of schematic design.

“We also provided the concept for the interior design of all residential units (of which there are 698 apartments and 17 townhouses) and full structural engineering services. On site, we are continuing our role as lead consultant as well as fulfilling our own technical/construction supervision responsibilities for the architecture, structure and interior design.” 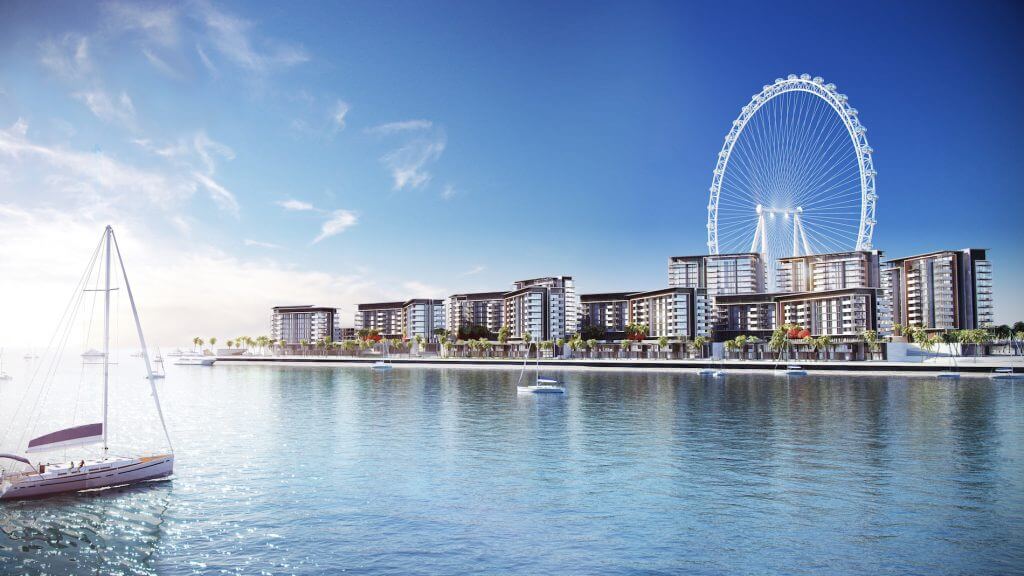 MT: The programme, particularly in the schematic and detailed design stage of the project, was very demanding. Tell us about this…

KH: “10 Design’s masterplan and architectural vision for the project came together in around six months, culminating in early 2015. From that point we took full ownership of the architectural package, developing their AutoCAD drawings into Revit models with the aim of issuing full detailed design packages for tender by the end of May 2015. This was a mammoth task considering the project consists of 10 residential apartment buildings, a huge expansive podium including street facing retail and private community facilities, as well as two levels of car parking covering the whole plot.”

MT: How many architects were working on the project in those three months of detailed design, and what was the biggest challenge to meet that deadline?

KH: “I was directing a team of five architectural senior members of staff and around fifteen architects at the peak, as well as our internal structural and interior design teams. A significant amount of resources were needed to meet the programme, and to produce the amount and quality of drawings that were required for tender, which was to be awarded on a lump sum basis.

“The project required thousands upon thousands of drawings; managing that amount of information with the level of close coordination required, and in the timeframe expected, was one of the biggest challenges for the team to meet.” 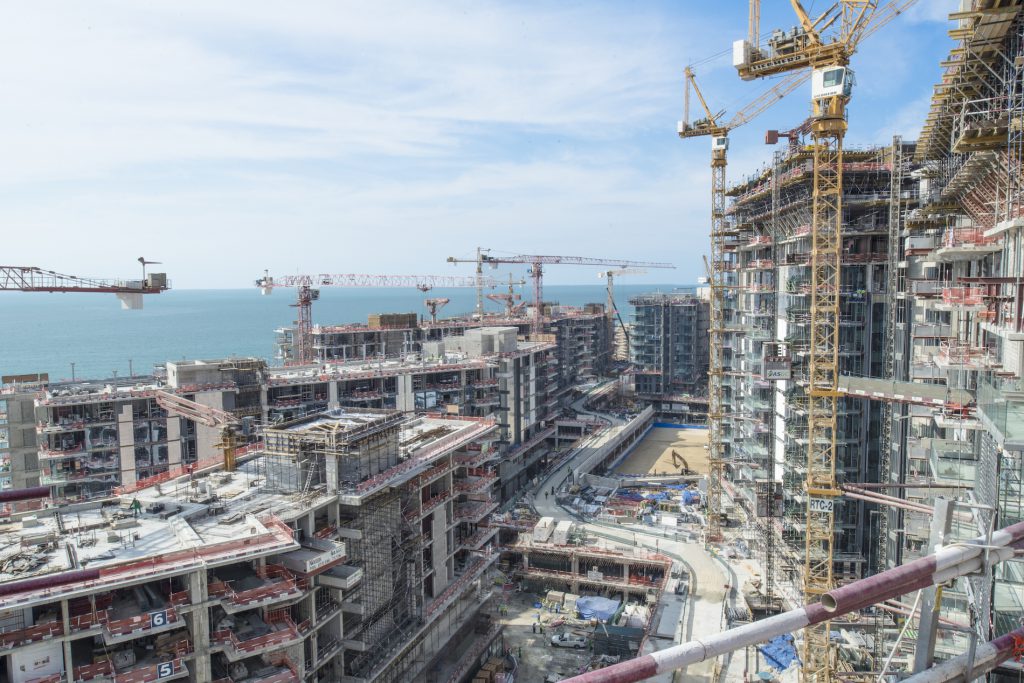 MT: BSBG has a reputation for delivering complex projects on tight programmes, with The Beach at JBR being a good example. Did that project in particular stand you in good stead for the Bluewaters Residences challenge?

KH: “Our experience from The Beach was very relevant because it was with the same end client, Meraas. From the start the mutual understanding and respect both parties had for each other was a big advantage.

“There’s no question that Bluewaters is one of the largest and most complex projects we have undertaken. The Beach was similar in that it was fast track and high profile and as such really honed the systems and organisational capabilities that we have become known for. These were subsequently applied to our management of the Bluewaters project. There is obviously an amount of pressure associated with projects such as these, however one of the benefits of having the kind of operational structure that we do is that we are very responsive and well set up to accommodate acutely demanding programmes on complex projects.”

MT: Can we have an update on construction progress, and can you give us a completion date for the residential zone?

KH: “We’ve just ‘topped out’ the final structure on the last of the taller towers facing the Dubai Ain. It’s not quite the highest block of the 10, but it was the last block completed following the relatively late introduction of top floor penthouse apartments. Obviously there is still some work to do on the roofs, which are aesthetic steel structures, however it’s still a huge milestone for the project, and we are now working towards final handover in the first quarter of 2018.” 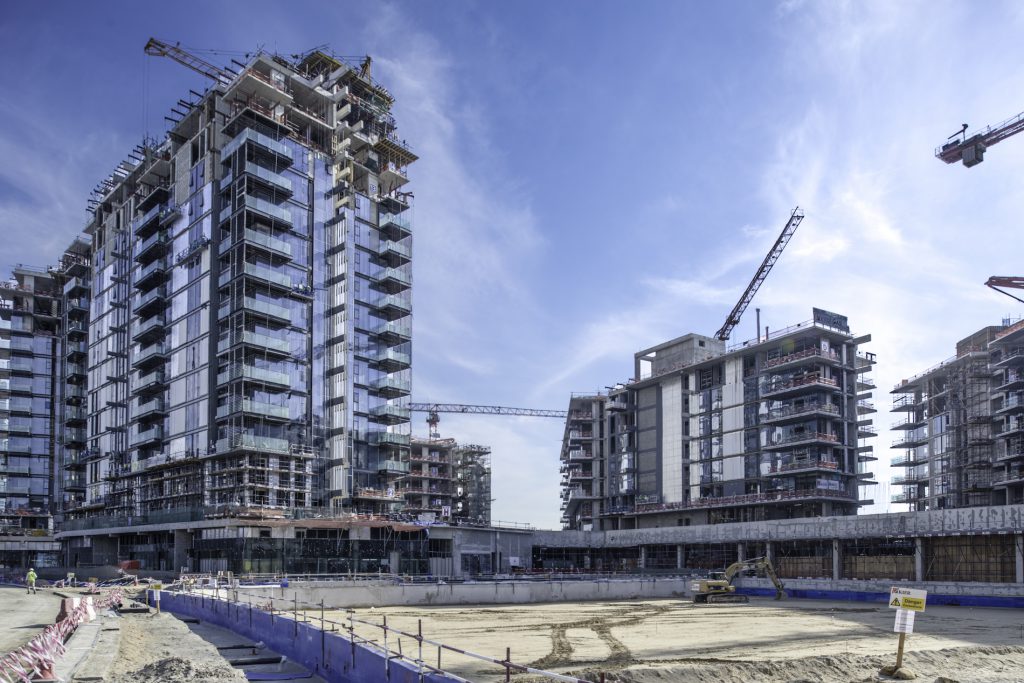 MT: Have there been any other challenges, logistical or otherwise? Particularly with regard to the tight construction schedule, but also with the relatively small construction site?

KH: “An added complication was that the programme called for us to advance the enabling and piling works. This is normal for projects in Dubai, however the fast track nature of Bluewaters Residences meant that these packages needed to be developed even earlier in the design process.

“Our structural engineers produced construction drawings for these early packages and we (as the architect of record) worked towards obtaining approvals from Dubai Municipality to allow us to get onto site. Piling started in January 2015 even before the final schematic design had been completed. Obviously this advance procurement process added even further importance to the close coordination of the design information in the early stages.

“Considering the huge amount of construction going on at once, on a relatively small site, the project is a huge logistics operation. We have had a full supervision team stationed on the island since January 2015 to assist Mirage with the overall management of this undertaking for the residential project.”

MT: Now the project has entered into its final stage and the façades and interiors begin to take shape, do you have any reflections on the project?

KH: “The project has been a lot of hard work, however it has been very rewarding to see all of the effort being quickly realised on site. Our project will no doubt become part of one of the most popular and famous tourist destinations in the region. I’m sure our involvement in such a prestigious project has and will continue to enhance our growing reputation in the UAE and further afield. It’s been a privilege to work with such ambitious and committed clients and partners like Meraas and Mirage. In terms of our portfolio, there’s no doubt Bluewaters Residences is a significant addition, and I’m pleased that the project has been so well received…” 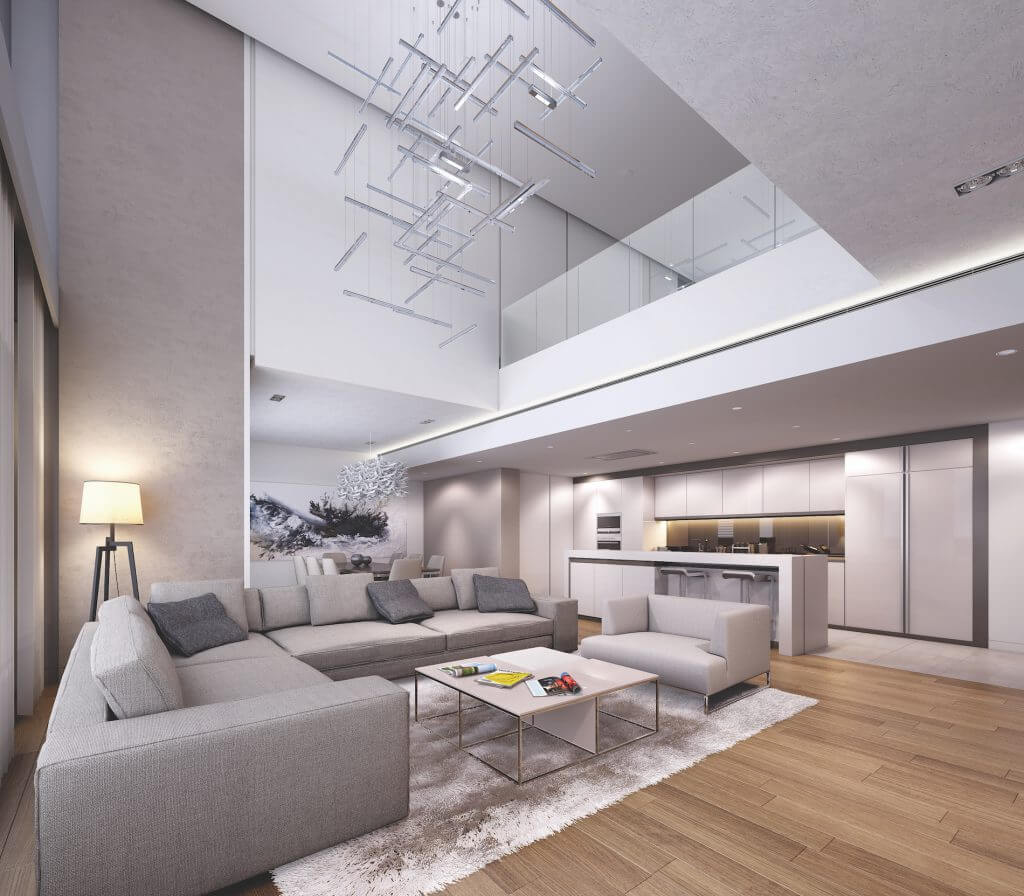 The first residences at Bluewaters are now on sale and can be seen at an interactive sales centre at The Beach. The sales centre features a model of the masterplan and a show apartment with the finishings used in the BSBG-designed residences.