Throughout the years BSBG has had a close connection with educational facilities in the UAE, delivering projects for some of the most illustrious schools in both Dubai and Abu Dhabi. Here we take a look at a selection of the education projects BSBG has completed over the course of the last 30 years... 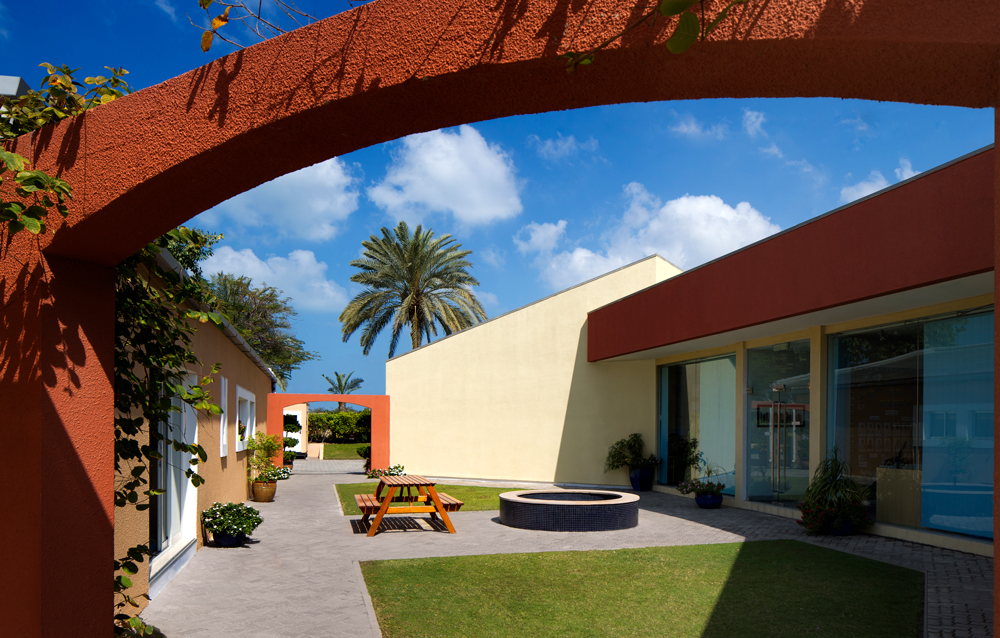 JESS is a primary educational facility set within one of the original communities in Dubai. Since 1988, it has emerged to become one of the most highly regarded primary schools in the UAE, and BSBG continued to be involved as the campus evolved.

The original campus design has stood the test of time, with a unique layout creating a communal atmosphere within the school – each of the eight blocks are linked with intertwining pathways, complemented by beautifully designed landscaping - bringing a sense of natural comfort to the school’s young attendees.

Classroom designs allow for flexibility, depending upon requirements; each class within a block can be segmented or integrated depending upon the nature of the lesson. 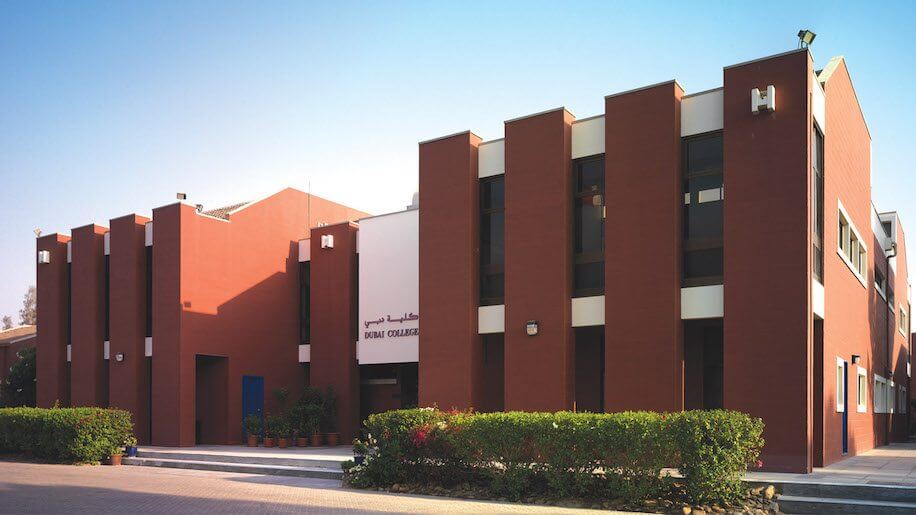 The college was designed to offer the finest educational facilities in Dubai, with optimum classroom sizes to accommodate more than 800 students. With the school focused on four educational pillars - sporting, creative, philanthropic and academic endeavour – BSBG designed and delivered an academic institution to encourage students to embrace these ideals.

Since Dubai College opened its doors in 1992, the school has been awarded with numerous accolades; including the number one British overseas school in the world, and the leading academic institution in Dubai. 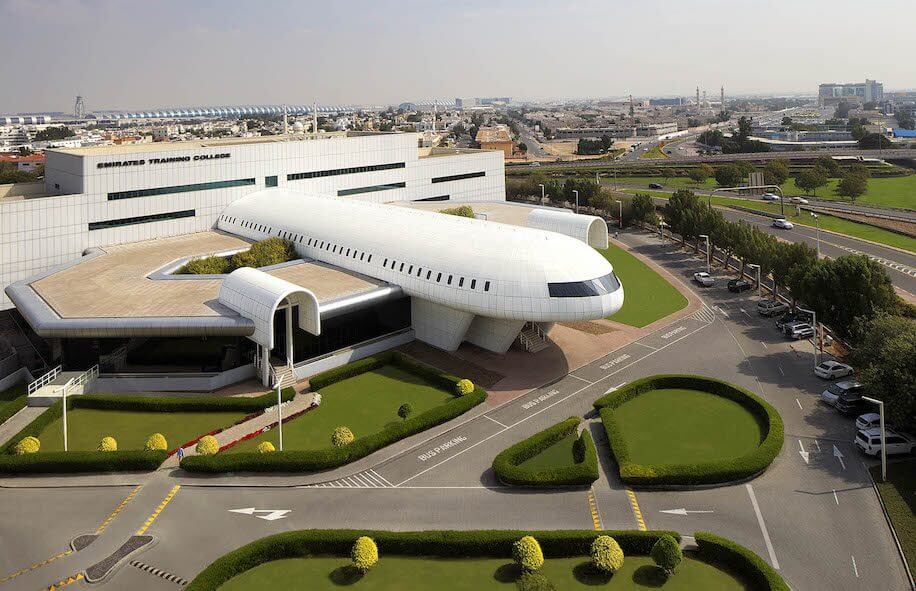 Emirates Training College - later renamed Emirates Aviation College - is a state-of-the-art training facility designed to house the vast number of new recruits for one of the largest airlines in the world.

Emirates Airlines engaged BSBG in 1992, under a directive from His Highness Sheikh Mohammed bin Rashid Al Maktoum, Vice President and Prime Minister of the UAE, and Ruler of Dubai, who instructed the airline to build an innovative training college for the large number of pilots, engineers and cabin crew expected to join, following exponential growth of the business.

The building was to have a strong aviation theme, housing classrooms, cabin crew training rooms, engineering workshops, a number of simulators and administrative offices. The result, completed in 1995, is one of the most instantly recognisable buildings in Dubai. 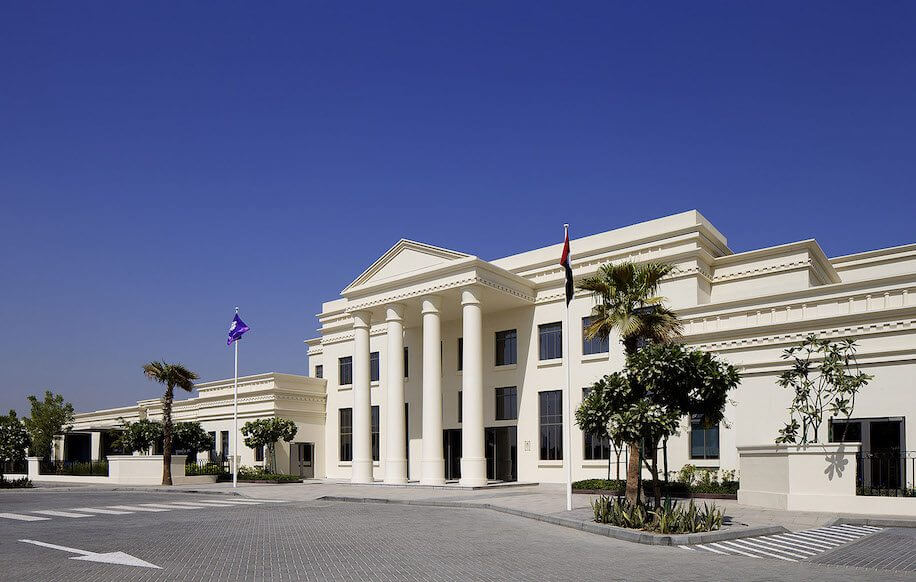 BSBG was engaged as Lead Consultant for the exclusive and prestigious Foremarke School in Al Barsha, Dubai. The project was fast-tracked using a hybrid Design and Build contract, divided into three phases. The first was the Foundation School building, the second the Junior School building, and the third involves the development of two swimming pools, sports pitches a large two-storey dining area, associated amenities and a roof top observation deck.

The first phase was completed and delivered in just nine months. This comprised initial concept, design development, authority approvals, construction and handover to achieve the semester start date. Phase two was completed in time for the start of the following academic year.

The aesthetics of the school emulate all the grandeur of a traditional British educational facility, the striking four-pillar frontage instantly identifiable with the original Foremarke Hall in Derbyshire, England.

Although traditional and classic architectural styles are visible across the complex, modern, innovative and high spec details are also incorporated throughout. These include customised amenities and lighting, as well as unique, environmentally friendly rubber flooring. 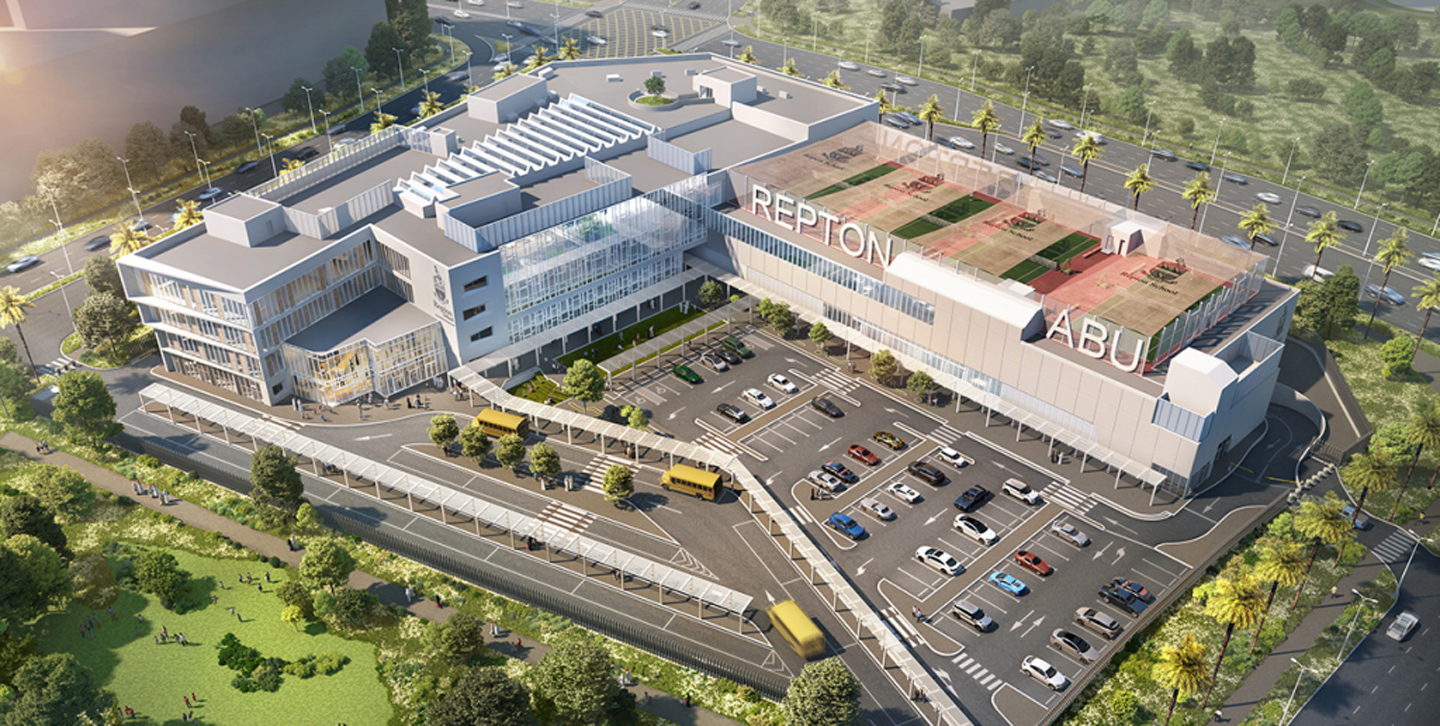 Repton is a long-established name in education that emanates from the 16th Century in England. In 2006 Repton International Schools Ltd was formed to introduce the same educational pursuit of excellence overseas as can be found in the UK, and in 2014 BSBG was contracted to design a facility in Abu Dhabi.

Located on Reem Island, and with a restrictive plot of just 20,000 square metres, the brief required a design to include extensive car and bus parking, sports fields, a 25-metre pool, multiple indoor and external sports courts as well as educational facilities for the 1,800 students on campus. This led BSBG to drive the design vertically in order to accommodate the necessary classrooms, with the teaching block reaching G+4 storeys.

Repton Abu Dhabi is a high-end educational facility, and the interior design fit out was completed with a number of finishes and furnishings that reflect the school’s innovative and modern approach.

The sports block features tennis and basketball courts on the roof, with the surrounding screens emblazoned with REPTON ABU DHABI, offering excellent branding opportunities and establishing the profile of the school among the surrounding high rise buildings.