At an event hosted by Building Leisure Buildings (BLB), a select group of designers and industry peers were given a guided tour of the finished hotel, before hearing from some key speakers – one of which was Director of Zaha Hadid Architects, Christos Passas.

BSBG completed the shell and core of The Opus in 2018, having worked alongside Zaha Hadid Architects and contractor Multiplex to deliver the building in the Lead Consultant, Executive Architect and Executive Interior Design roles for end client Omniyat, prior to the internal fitout of the hotel component. For both Georgia and Alia, it provided an opportunity to see the final execution of Zaha Hadid’s vision for The Opus and ME by Melia. ME by Melia is the only hotel in the world in which Zaha Hadid created both the architecture and the interior design. 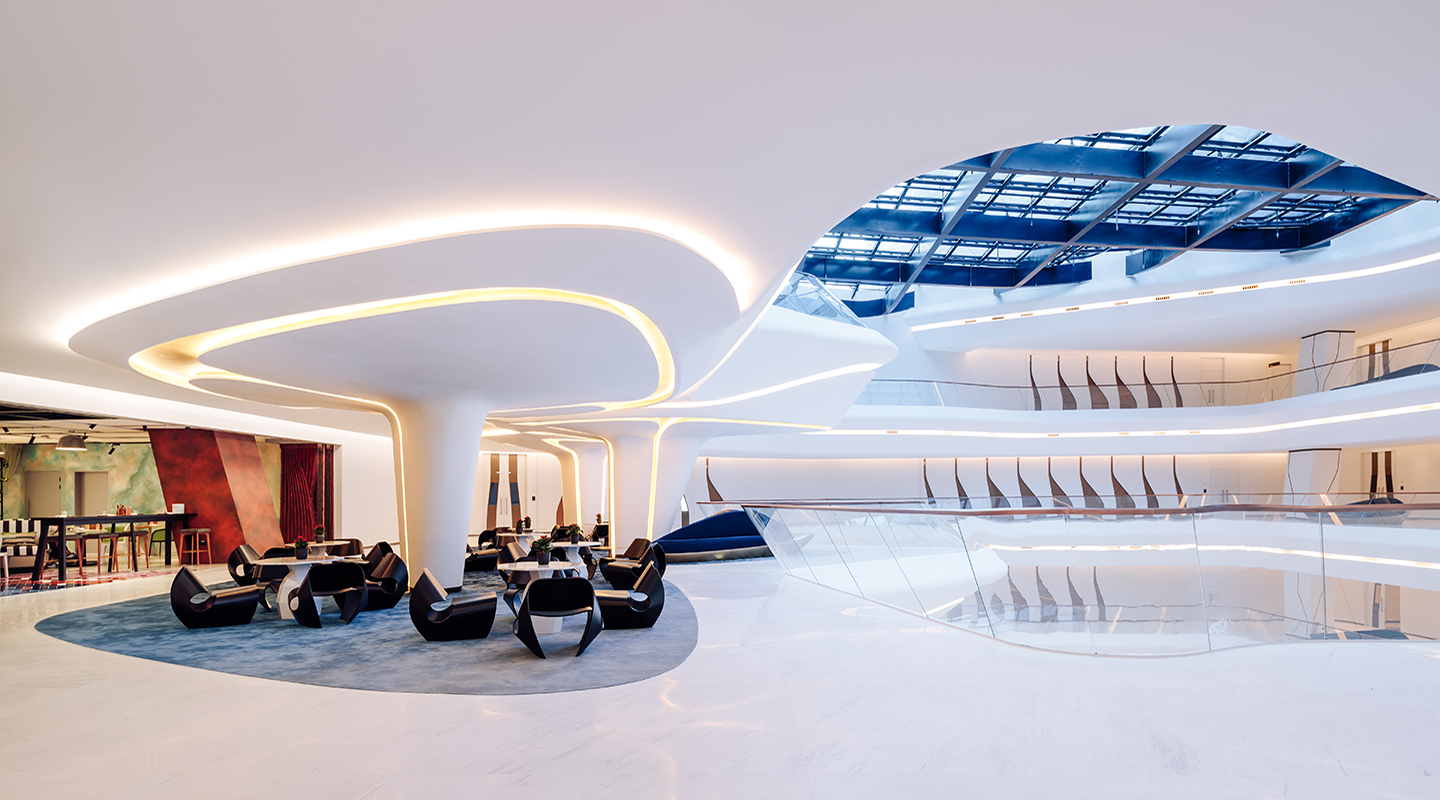 Georgia Stevenson gave her thoughts on the interior design of the hotel. “The entrance lobby is as dramatic as it is impressive,” she remarked. “Sculptural balconies are complemented by a thoughtful lighting concept to change the mood of the space to work with the ME by Melia hotel brand.  The lobby sits directly under The Opus' signature void, which forms its glass ceiling. The lobby ottoman style pods are a custom design by ZAHA.”

A point of unique interest within ME by Melia is that no single hotel room has the same dimensions, due to the curved glass that envelopes the void at the heart of the building. “There were two themes and colour directions for the rooms, with the darker rooms representing desert night constellations, and the lighter rooms inspired by desert days,” Georgia says. “The rooms all feature Hadid’s signature curvaceous styling, with sculptural walls, angular beds and fluid surfaces, while the sanitaryware is from Zaha Hadid’s Vitae collection for Noken Porcelanosa.” 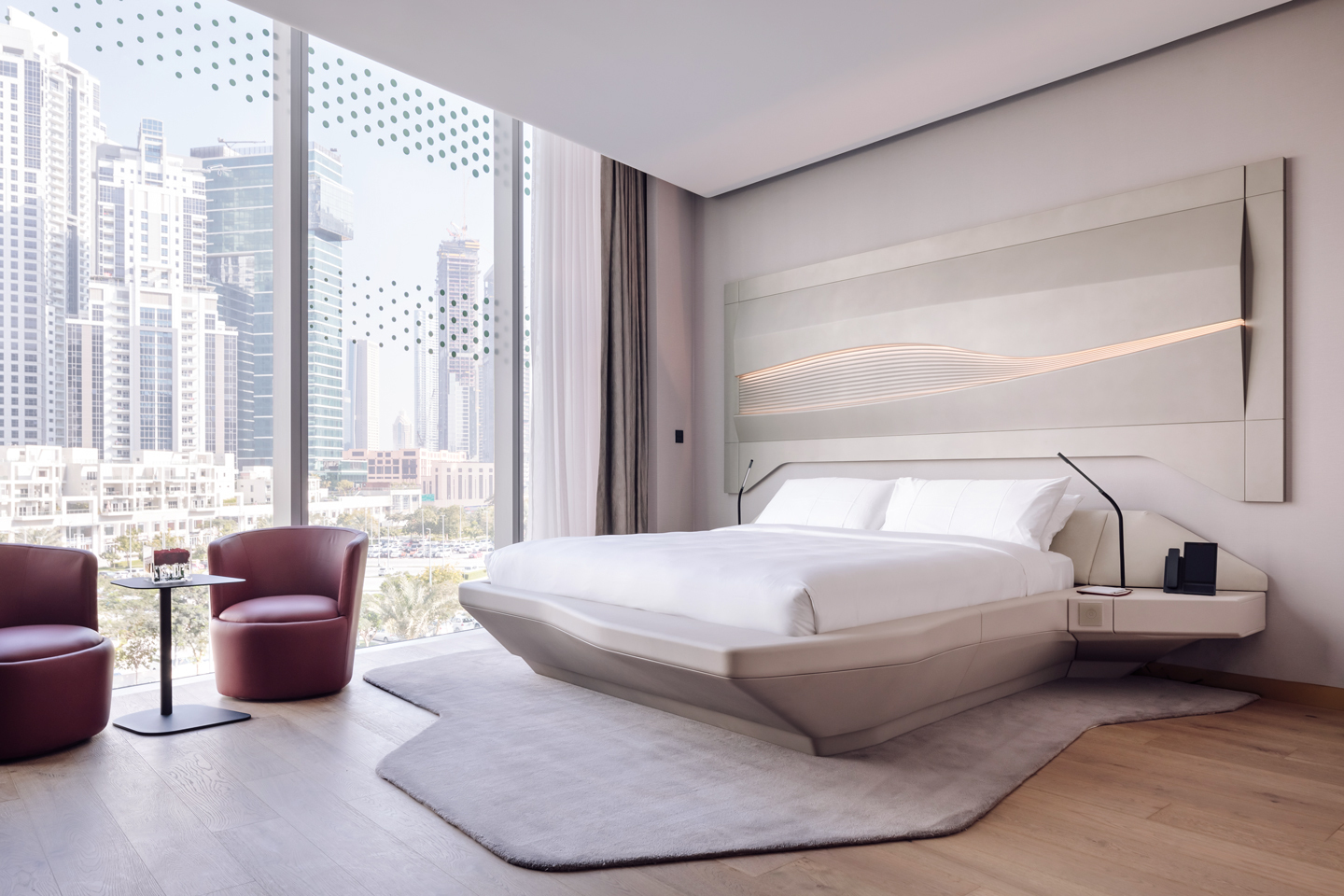 After the tour of the ME by Melia hotel, attendees took part in a networking event before having dinner in the hotel. Look out for a forthcoming feature video on The Opus, in which the process and technicality of BSBG’s role as Lead Consultant, Executive Architect and Executive Interior Design in the delivery of this iconic project is revealed by Partners Scott Orwin and Andrew Bereza. 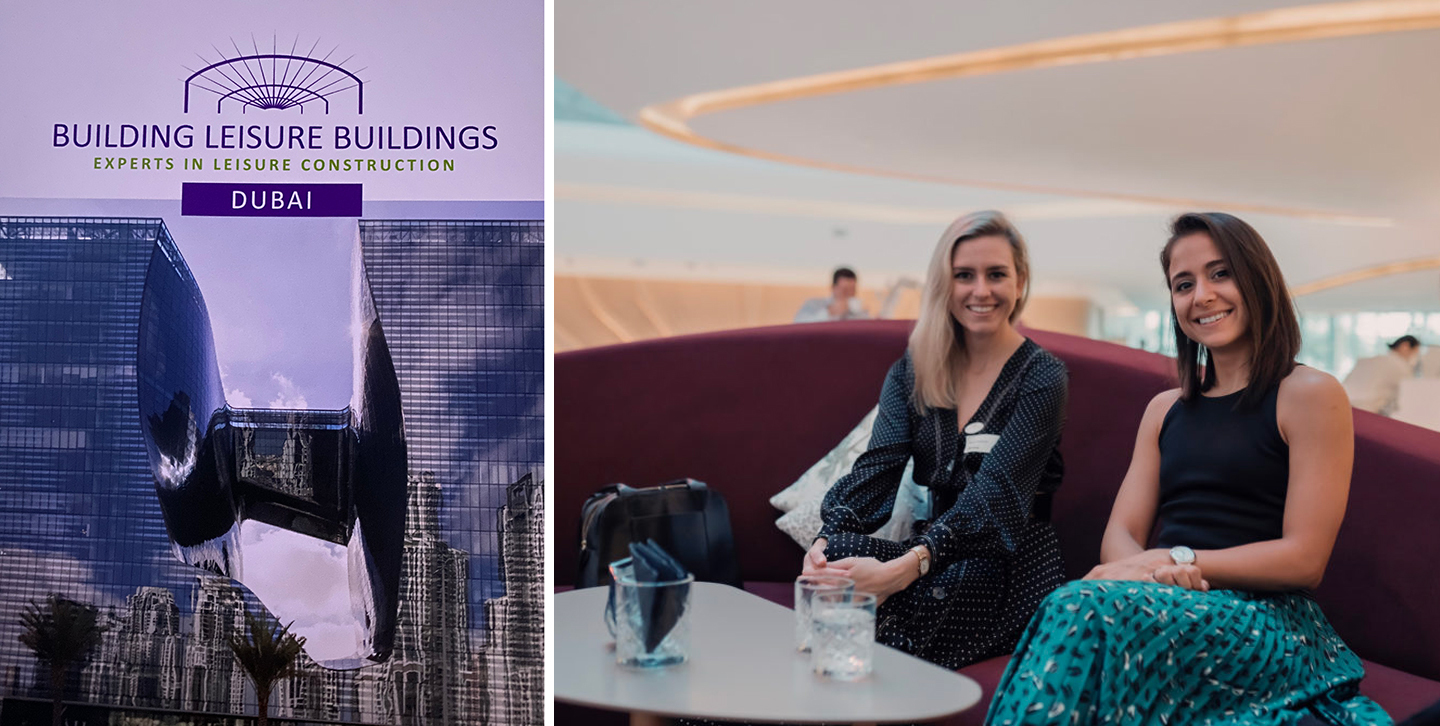 Take a look at a video of the event here: