Brewer Smith Brewer Group’s (BSBG) London studio has announced its role in the delivery of a new-build 35-storey hospitality tower, located in Canary Wharf. Quay House, for client Firethorn Trust, is set to house 679 hotel rooms and serviced apartments, and will be split between Premier Inn - 400 keys, and Wilde Aparthotels by Staycity - 279 keys. Both are located between floors four and 34.

Quay House is situated in a prime location overlooking Canary Wharf’s South Dock, which opens up into the River Thames, and is in close proximity to the Docklands Light Railway (DLR) stations of Heron Quays and South Quay, and a six-minute walk from Canary Wharf tube station. 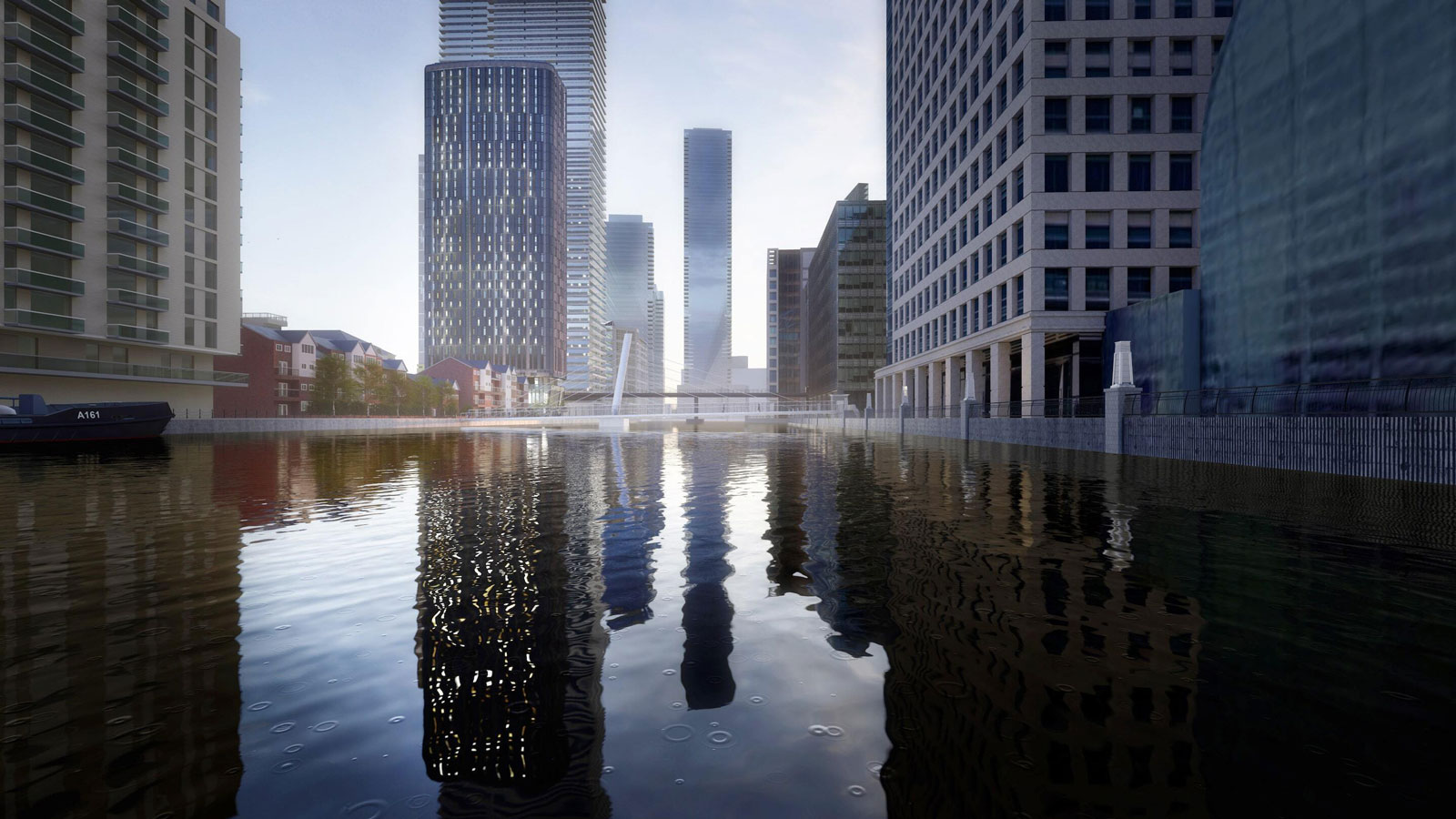 The interior layout of the building is subdivided to separate the hotel component and serviced apartments. The Premier Inn takes the northern side, and faces the South Dock, while the Wilde Aparthotels by Staycity are south side facing Millharbour Village.

For a 679-key hospitality development, the 28,000 ft2 site is relatively constrained, and careful spatial planning has played a central role in delivering an intelligently configured development that also responds to its surroundings. The site is bordered on all sides by significant infrastructure and existing buildings, with the South Dock immediately to the north, a number of mid-rise commercial buildings to the east, an access road on the south side, and the 55-storey Wardian London West Tower to the west. Additionally, the elevated DLR railway line effectively dissects the site, running from north to south along the western edge. This is addressed with a slight rotation of the building. 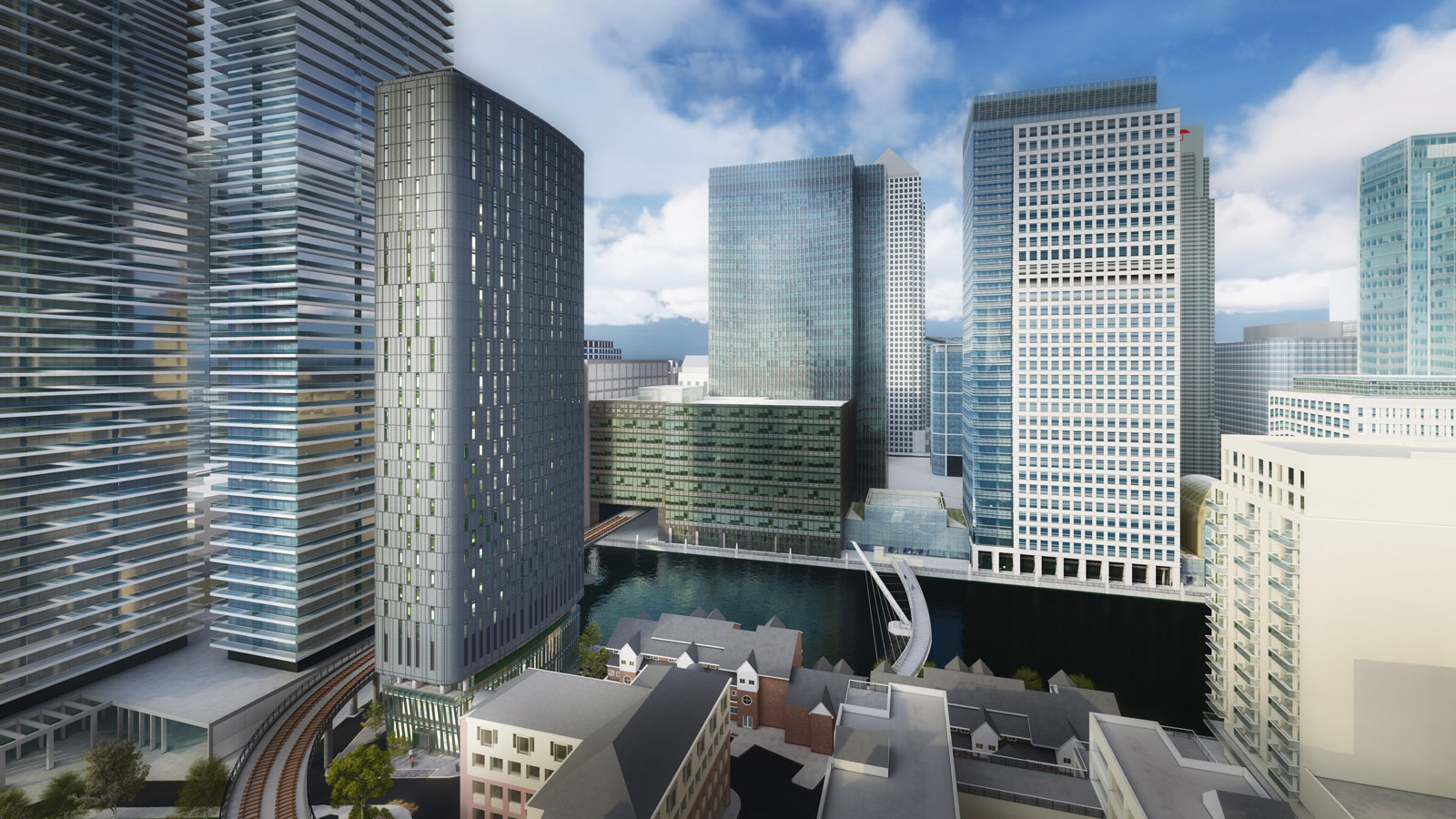 Quay House achieves a standalone presence in the context of its surroundings by embracing curved edges and a green-hued concrete cladding. This is in contrast to the sharp glass and steel towers that generally inhabit the district. The site is currently occupied by a disused three-storey office building and car park, scheduled for demolition prior to groundwork commencing.

BSBG became involved in the Quay House development to conduct a thorough compliance review and ensure buildability of the scheme. Shaham Ahmed, Head of Studio, explained: “We were appointed as the lead architect and lead designers on the project. We came onboard at Stage 3, and the project is now halfway through Stage 4, with demolition works on site due to commence in the coming months.”

Shaham continued: “We worked to reconfigure elements of the internal arrangement in order to meet the needs and aspirations of the client, and also the requirements of the two hotel operators, while ensuring the building design passes all compliance checks.” 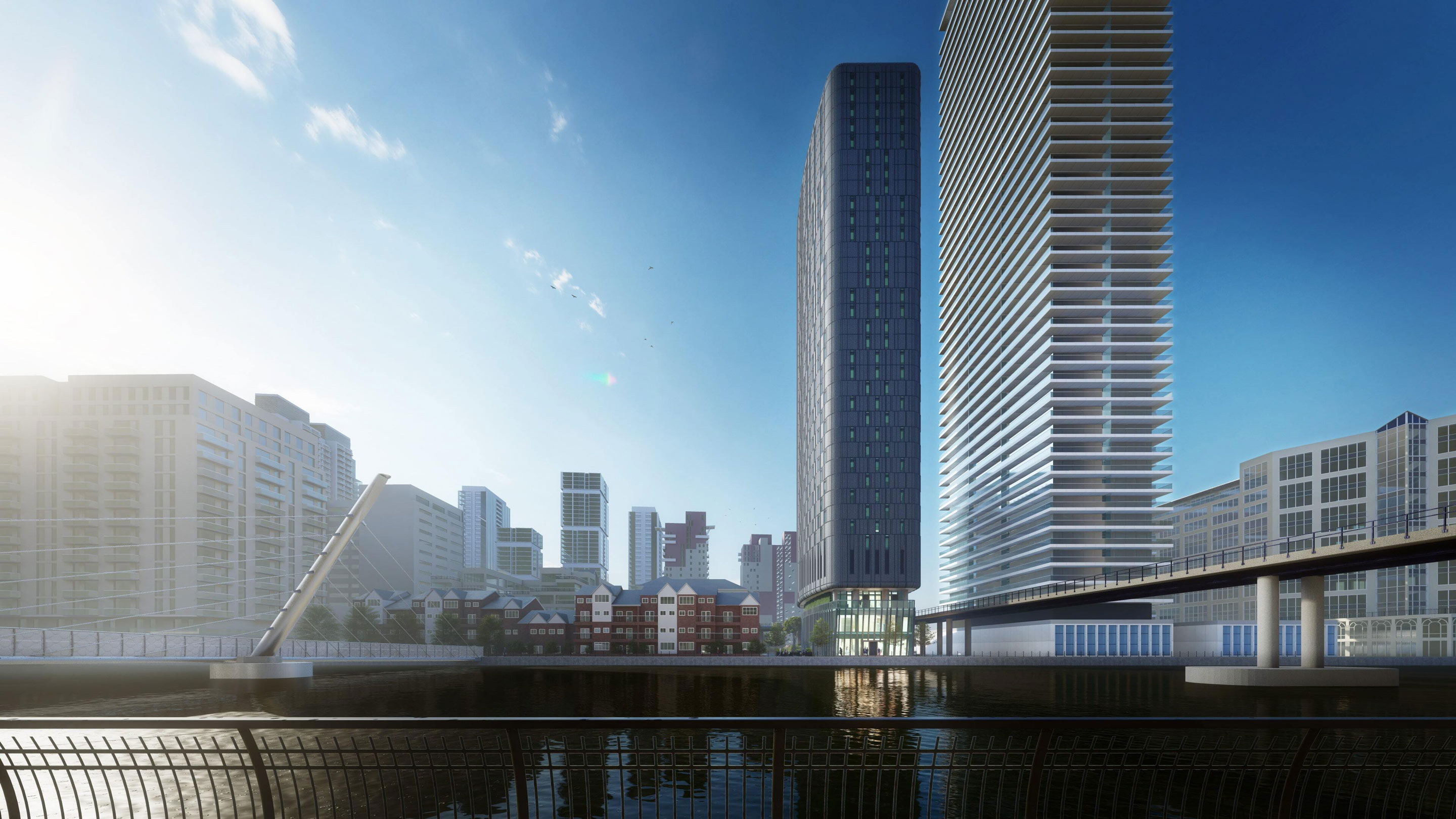 Associate Director Alistair Bradley is the Project Lead for BSBG, explaining that two areas of focus for BSBG initially were the stair cores and lift access. He said: “The building features eight lifts, which is quite unique in itself for a development of this size. We conducted a thorough compliance review and re-established the area calculations to ensure key areas could work in the scheme, and that in terms of functions and services, the hotel will be able to operate seamlessly.

“We’re delighted to be working with Firethorn on this new-build hospitality project in Canary Wharf, and it’s a milestone for the London studio in the respect that it gives us the opportunity to show the value we can bring to this and future developments in Canary Wharf, Morden Wharf and the wider Greenwich Peninsula. The plans for regeneration are very ambitious, and I hope we can play a valuable role in delivering the next generation of multi-layered architecture within these iconic London districts.”

Alistair continued: “The Quay House project is moving forward, on programme, and with our standard set of high quality information providing clarity and reassurance to the client and respective operators.”

More to follow on this project as work progresses.