Representing BSBG to pick up the award, was Group Partner Andrew Bereza. “I'm immensely proud for the group that we have won another International Property Award,” Andrew said. “Awards are a good indication that the work you’re doing is resonating, and this is the third consecutive year we’ve been awarded for our designs.” 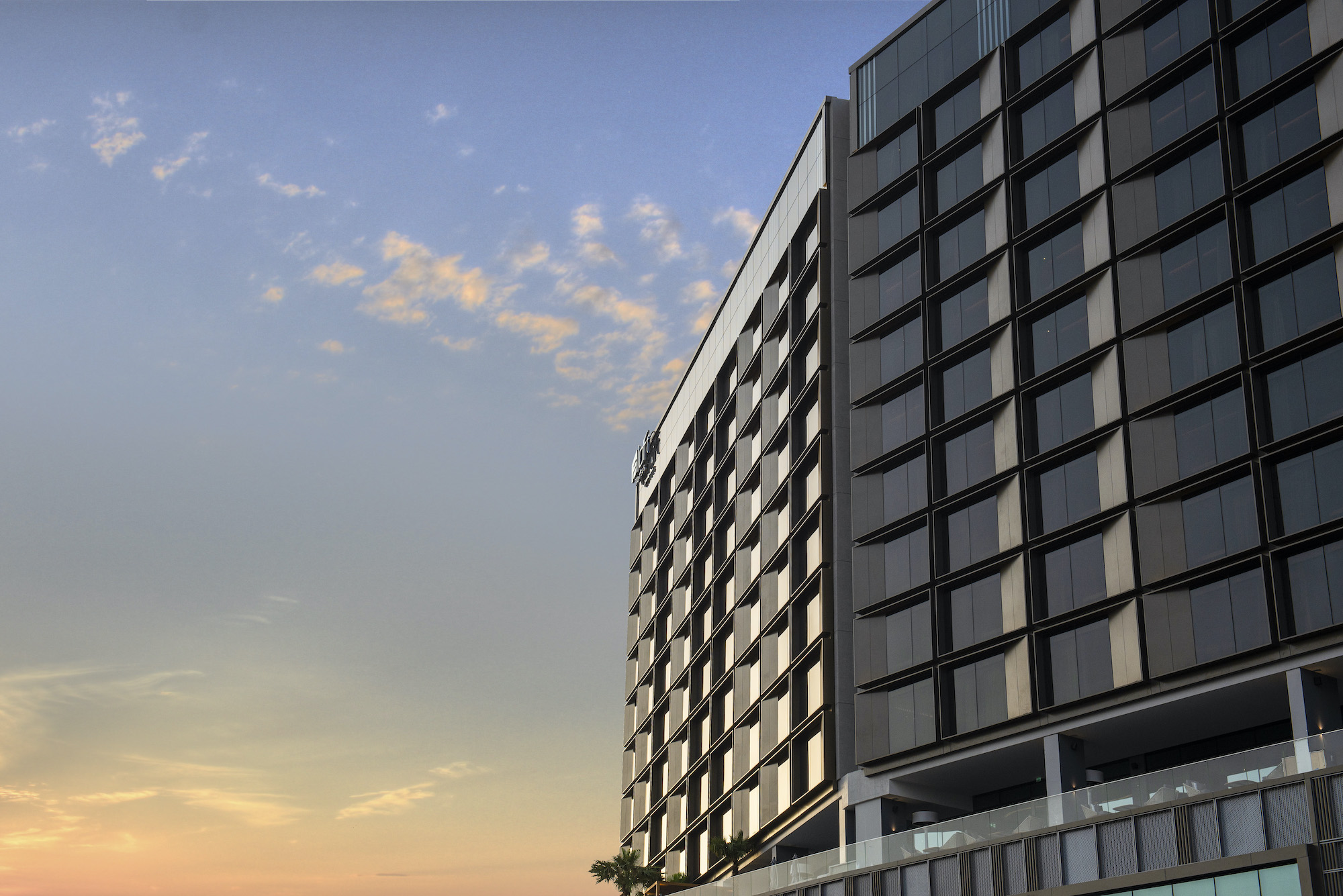 In 2017, BSBG won an Office Architecture award for The Edge building in Dubai Internet City, while in 2018 the group picked up two awards for Banyan Tree Residences - Hillside Dubai; one in the Multiple Residence category and the other in the Residential High Rise category.

Aloft City Centre Deira represents a great accomplishment as a standalone design project for BSBG. As well as the hotel’s unique aesthetic quality, particularly enhanced by the modular bronze façade enveloping the front of the building, it is the planning of the hotel’s functionality that really catches the eye.

On a restrictive plot, the segmentation and flow of the back of house zones, and the way in which they integrate with the public facing areas have enhanced the level of service and functionality provided by Aloft to its guests. Despite different components of back of house having to split across floors, BSBG was able to retain its vision for Aloft, which centres around the provision of a hugely efficient hospitality development capable of satisfying the demands of the modern day tourist.

Each year the International Property Awards selects the finest examples of modern architecture in all sectors from across the world. BSBG has now received awards for Commercial Office space, Residential High Rise and Hotel Architecture.