The BSBG Media Team took a trip to Bluewaters, the acclaimed waterfront island by Meraas, as it edges closer to completion, to bring a construction update on one of the most noteworthy and renowned projects currently in Dubai. BSBG is the Lead Consultant for Bluewaters Residences, which consists of 10 low-rise blocks featuring 698 apartments, 17 townhouses and a number of retail units. The island itself also features two hotels, more than 200 shops and restaurants, and of course Ain Dubai – the record breaking observation wheel, the size of which can’t really be comprehended until you’re actually on the island itself.

As we drive onto Bluewaters and directly into the basement, the immediate impression is one of the remarkable scale of the island. The expansive under-sea basement levels, which contain 2,400 parking spaces, have been built at such a scale so as to leave the island virtually traffic-free when complete. Straight away you become acutely aware that this is a super-structure, a project that deserves all the worldwide recognition it has received for its pioneering engineering, and its simultaneous zonal construction within a relatively confined space. 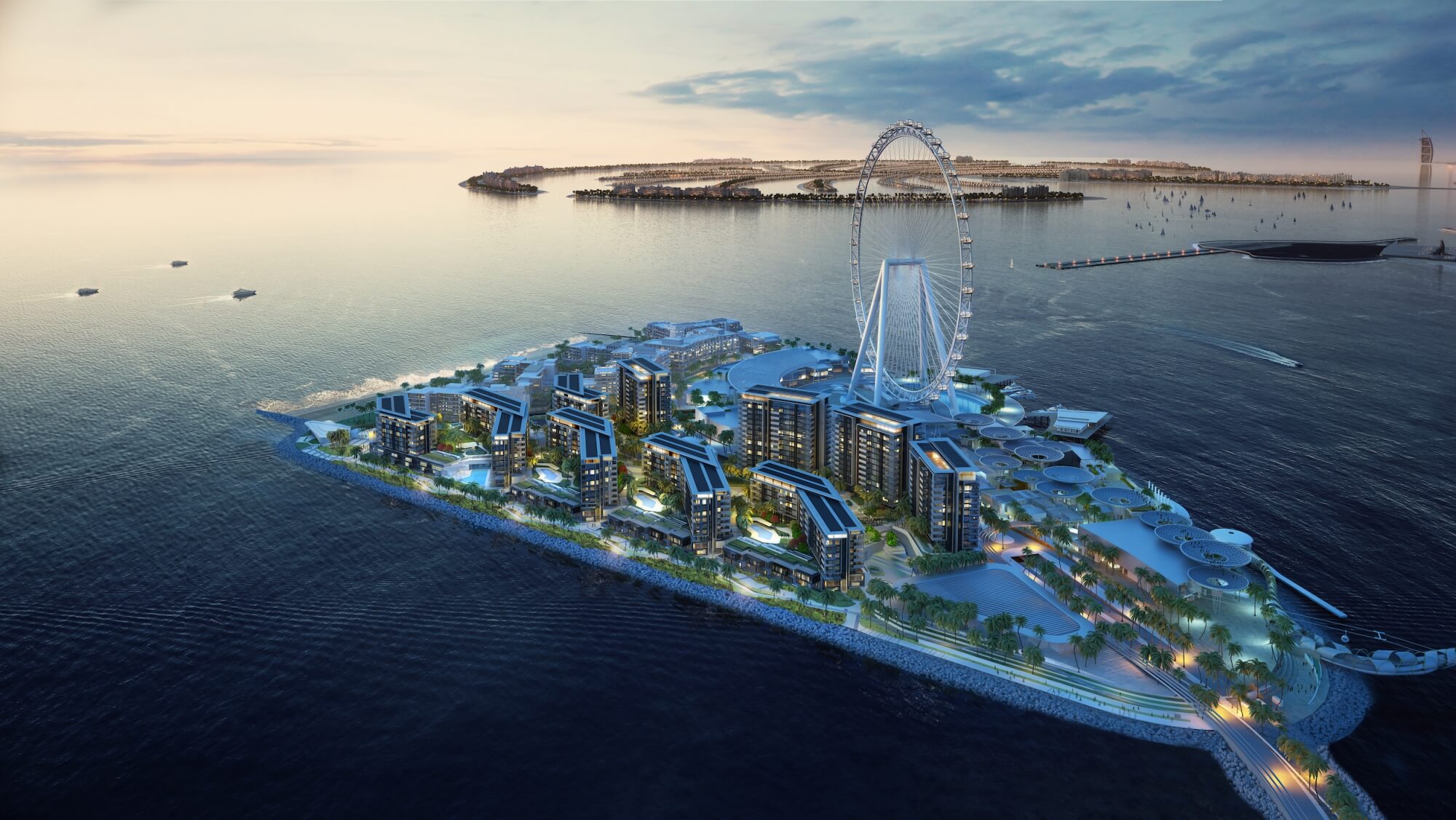 We meet with BSBG Project Director Joseph Corcoran for a guided tour of the residential zones. He explains that accomplishing this simultaneous construction and delivery has been the biggest challenge of the project. “Access to and from the island has been very challenging and the logistics required the highest level of coordination and management,” he tells us. “Not only has the work been simultaneously ongoing since day one within each of the three zones – residential, hotel and retail (not forgetting the observation wheel), the island does not have the luxury of a large amount of lay down space, and at its peak we had 17,000 people working on the island each day. Just in terms of transportation of personnel we were dealing with more than 200 vehicles coming to and from the island, and then on top of that, substantial material deliveries throughout the day. It’s been a very large scale coordination project.” 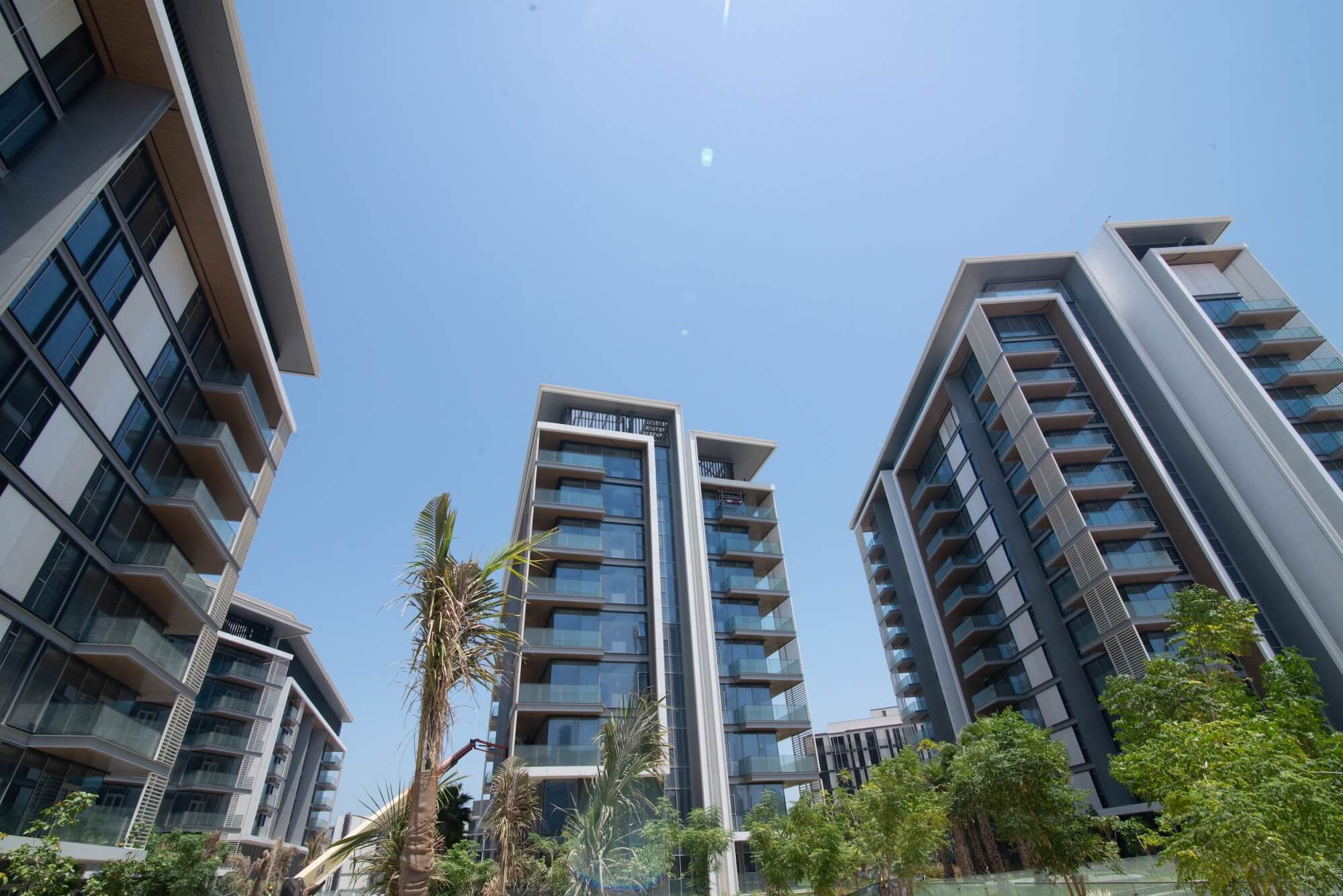 Walking through the pathways linking the residential buildings to the retail zone, which certainly has the contemporary Meraas style as seen on The Beach and throughout City Walk, there is already a sense of sociality and community to the island. A beautiful, contemporary mosque takes a central position in the residential zone, and plants, trees, grass and sculpted pathways are now complete – making Bluewaters Residences look a lot less like a construction site, and a lot more like a finished community. Handover is now imminent, as Joseph comfirms. “We’ve split the residential component into Zones One and Two,” Joseph says. “Each zone consists of five apartment blocks and two clusters of townhouses on the waterfront. Internal and external works are now 100% complete in Zone One, which includes the public domain interface and the landscaped podium. Zone Two, meanwhile is nearing completion with handover scheduled in January 2019…” 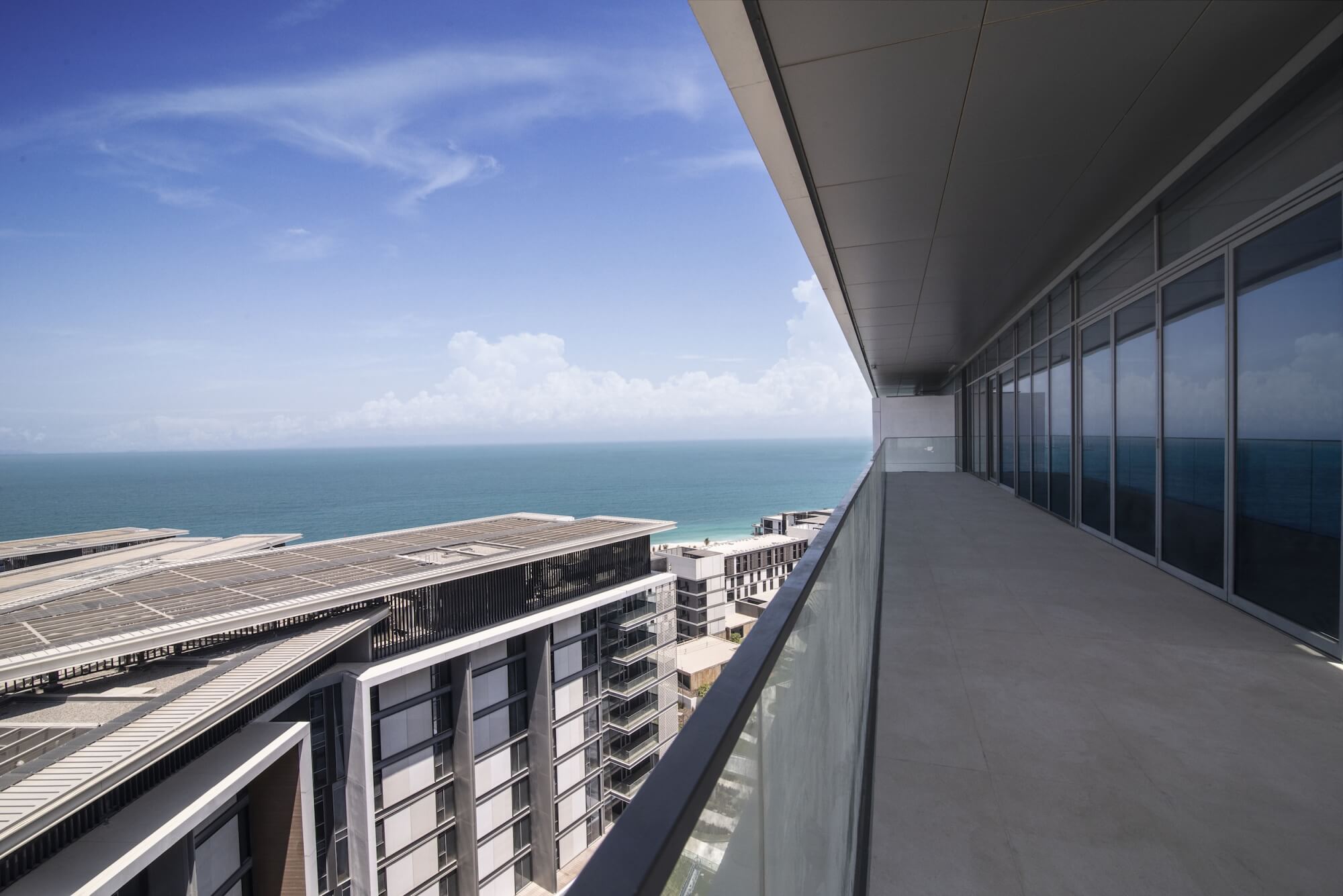 BSBG began working on Bluewaters in June 2014, and now the project is on the brink of delivery. The scale of the development, combined with the challenging coordination requirements placed on BSBG as Lead Consultant on the residential component, make this four-year timescale appear extraordinary, but Joseph plays this down. For him and his team of 12, which includes BSBG engineers, technical managers, inspectors and document controllers, it’s all in a day’s work. “Of course it’s pretty challenging,” he says. “Timeframes are tight and demanding, but we were able to draw on our experience as Lead Consultant on The Beach and perform at an even higher level for Bluewaters. There were a few changes to the design while construction was underway, and as is so often the case with a project of this size, it kind of evolves as the works progress. During the four years since work began, regulations that relate to security, as well as fire and safety have changed, and some of these have had ramifications for the design, but that’s just part and parcel of a project of this magnitude.”

We are shown a selection of show apartments, designed by the BSBG interior design studio, in which the materials, finishings, fittings and use of lighting features really make an impression. For those that will be lucky enough to live here, the experience will be of luxury living that feels so different from anything else in Dubai, despite being only 500 metres off the cost. The open plan nature of the living spaces is contemporary and encourages social interaction, while the balconies provide stunning views, and in the case of the penthouse apartments, you can enjoy these views while relaxing in your own private swimming pool. 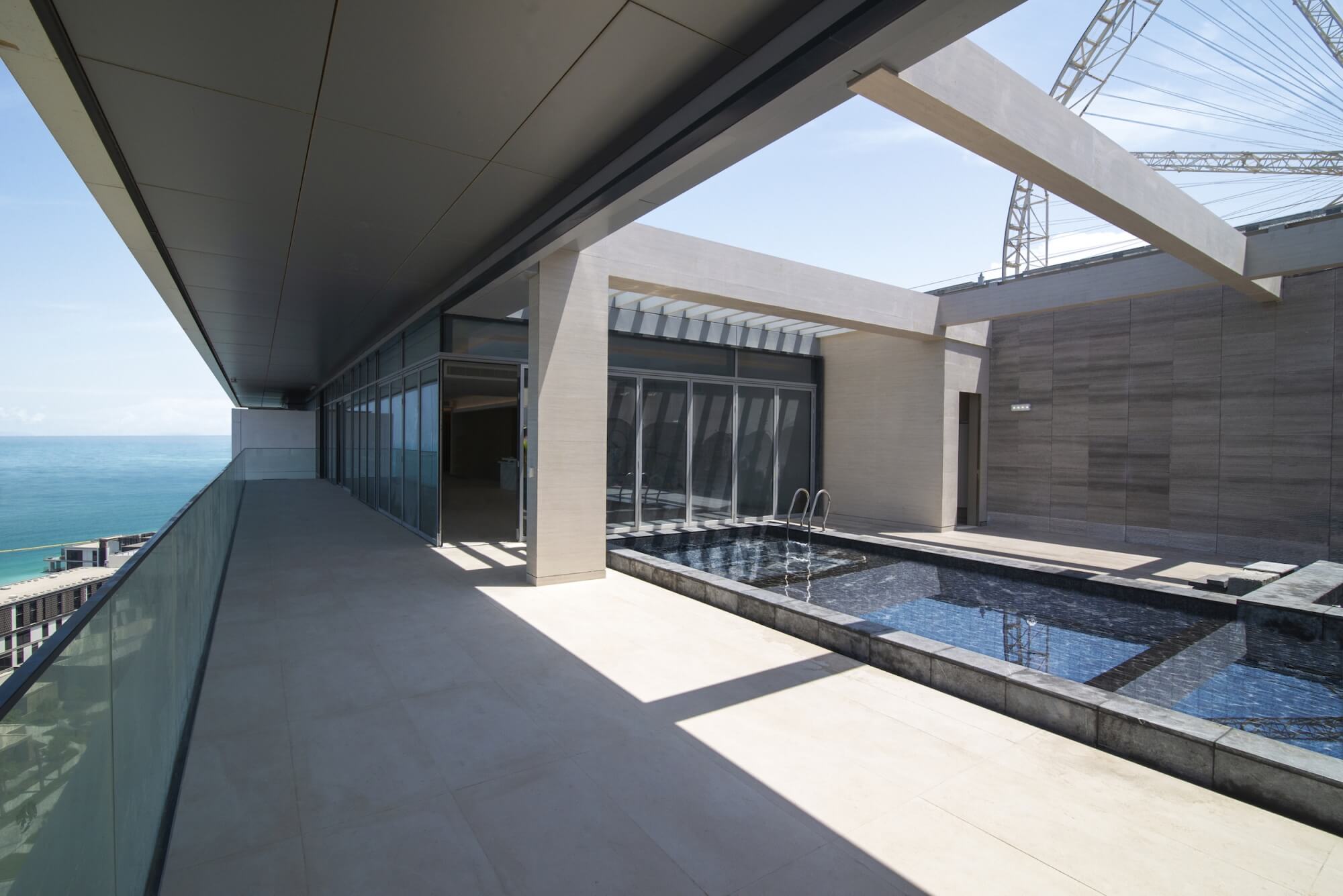 For Joseph, a favourite feature of the interiors is actually the bathrooms, as he explains: “We introduced a few changes to the design to facilitate the limited space on the island, one of which was pre-fabricated bathroom pods, so all the bathrooms for each apartment were built and finished offsite, brought in as soon as the slabs were completed and erected by tower crane. Upon completion of each level, the bathrooms were positioned immediately within each unit, sat upon what essentially was a raw slab. This approach was a huge success for us, we were able to fit 1,750 bathroom pods of the highest quality in an extremely quick and efficient way. And they look great!” 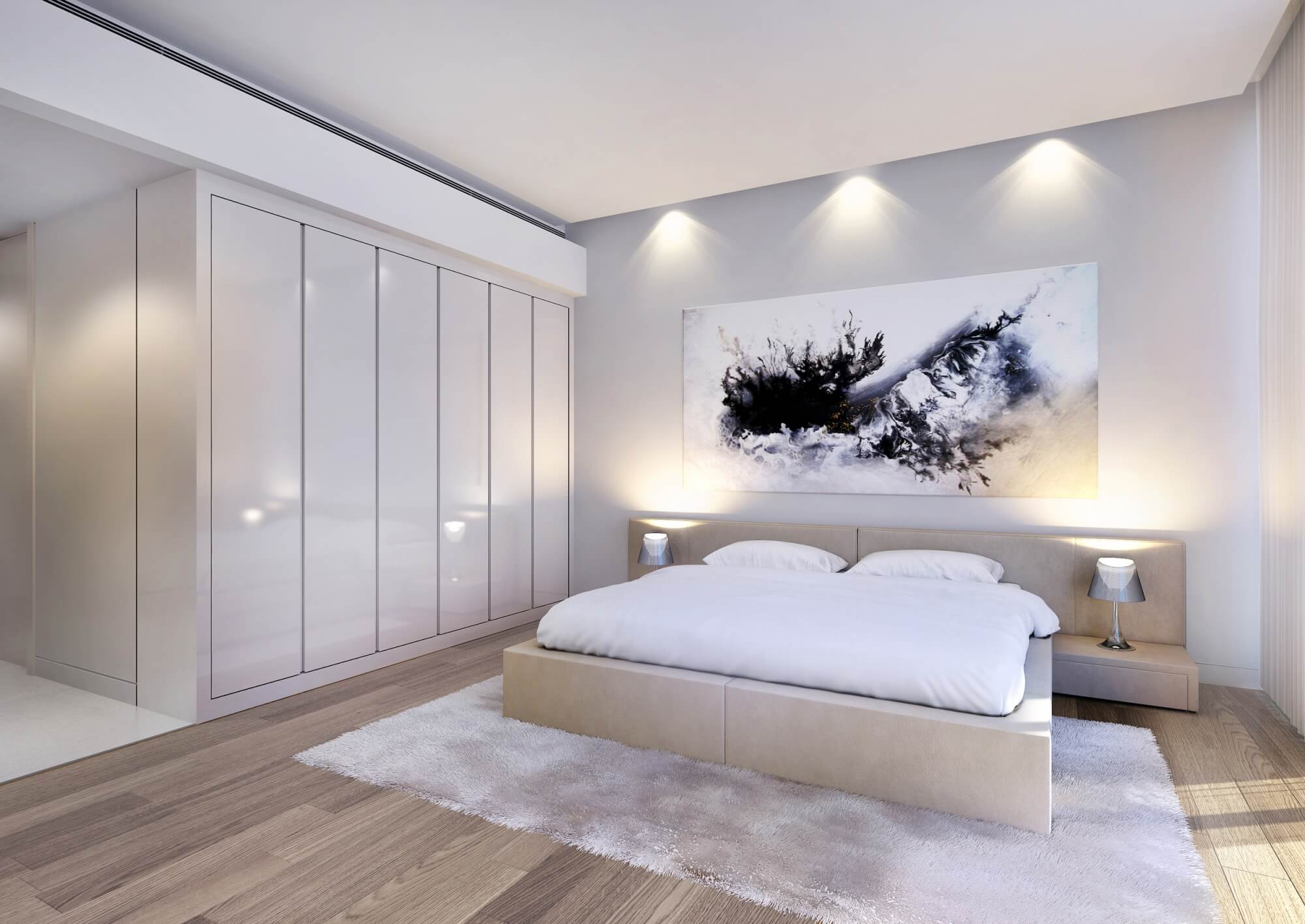 Kevin Harper, BSBG Partner in charge of the project, explained to us his thoughts on one of the most significant developments the group has worked on in its 43-year history, as it reaches its conclusion. “I’m extremely proud of the hard work our teams have put into this project from the concept stage onwards,” he said. “We have been able to achieve exterior and interior works that are at the very top level of design and delivery. Our long-standing working relationship with Meraas, which stretches back to 2012 with The Beach, has been further strengthened here. The work we’ve carried out on the project has been very well received by the client, and, as I gather, by investors. Bluewaters Residences will undoubtedly become one of the jewels in the growing BSBG portfolio of completed projects.” 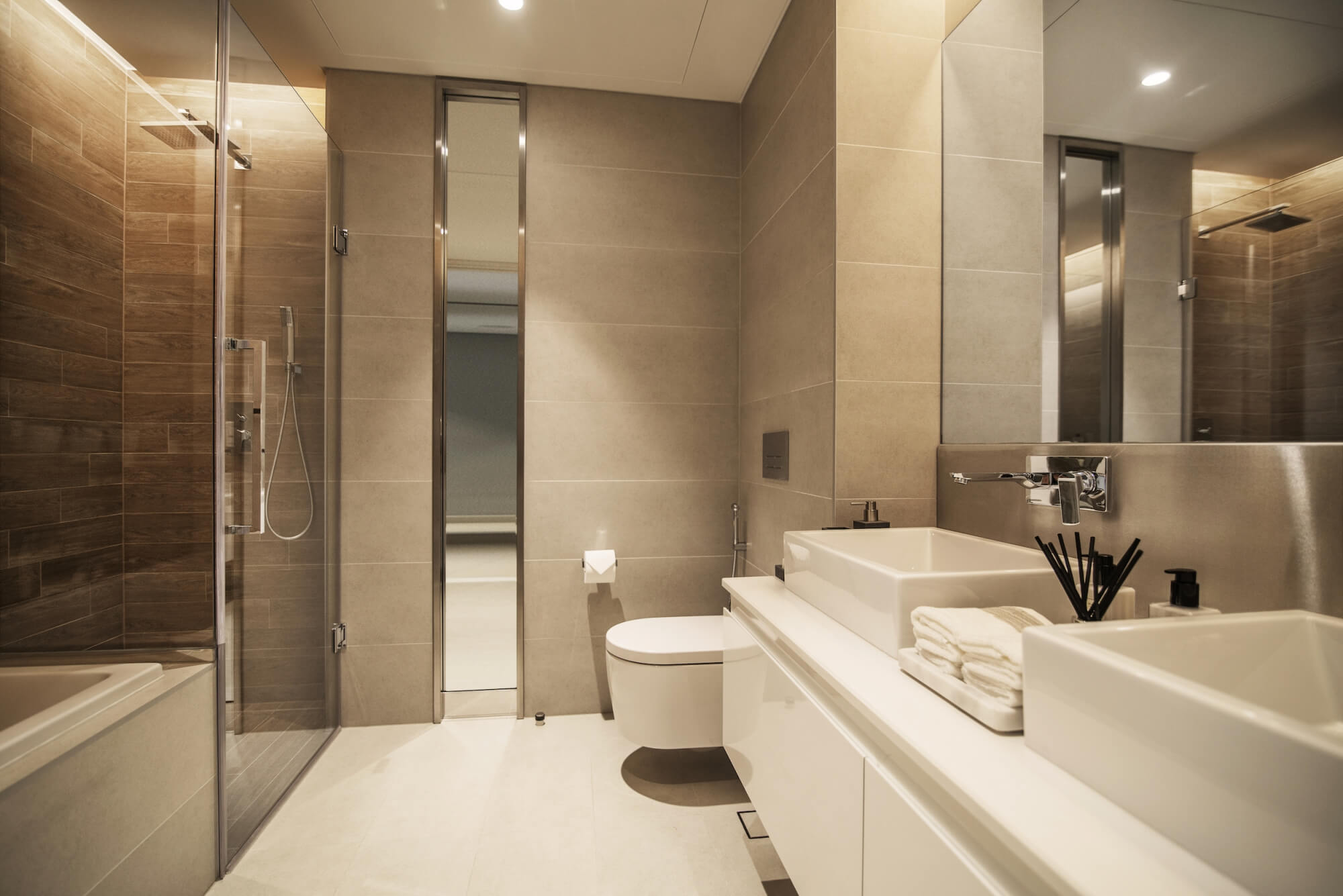 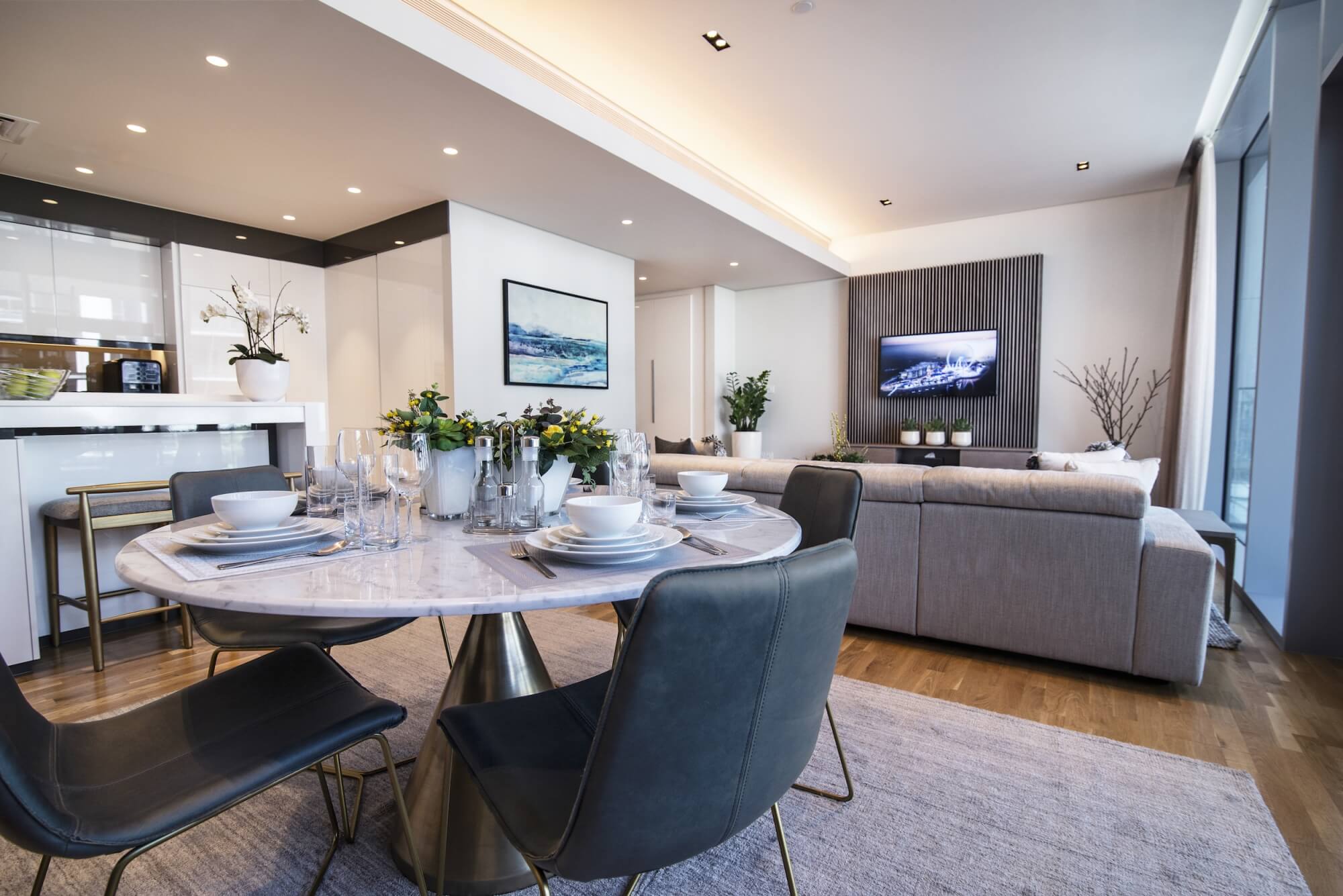