The Silk District Phase 2 project, located in Whitechapel, London, has hit numerous key milestones in the construction phase. The main tower (C1) has now officially topped out at 25 storeys, while the two adjacent low-rise 7-storey buildings topped out a month ago. The project is formed of a G+25 residential tower featuring commercial spaces at ground and first floor level and a number of F&B outlets. The main tower is connected to the lower-lying buildings by new streets and landscaping. The project is by developer Mount Anvil, with Brewer Smith Brewer Group (BSBG) as Executive Architect. 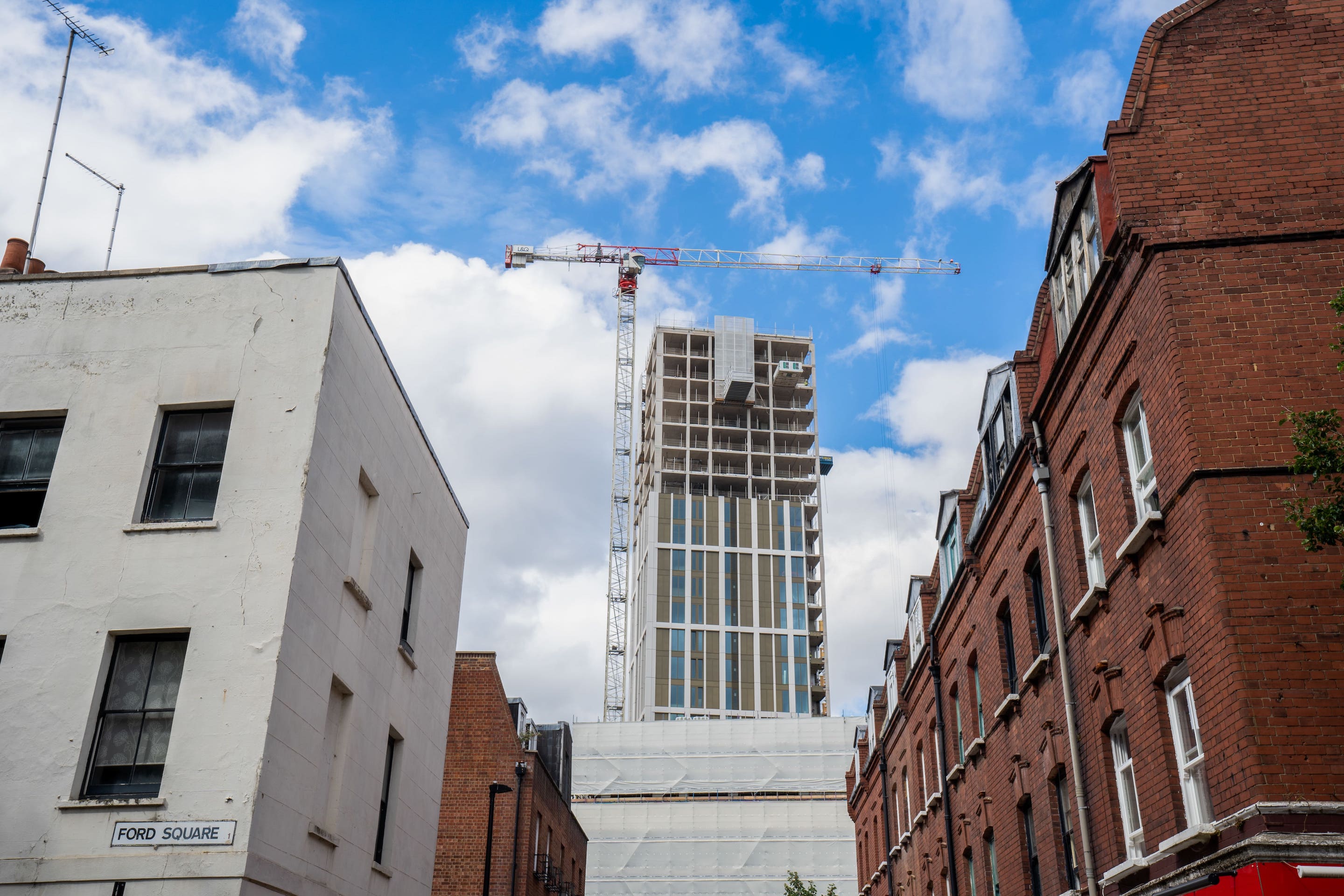 On a recent site tour with Mount Anvil Senior Technical Coordinator Krystal Stewart, the BSBG Media Team were shown the rapid progress which has been made so far in 2022 as the project heads towards its targeted completion date in the second half of 2023.

Kieran Jones is Mount Anvil’s Senior Site Manager for the main tower (C1), and he highlighted several key milestones in recent months, accomplished by his teams on site. “As you can see, the façade has now reached level 19, and we expect completion by the end of September,” Kieran explained. “Internally, all floors up to and including level 14 are now fully partitioned and ready for plastering. Further down the tower all tiling and kitchen installations are complete to level 9 at this time, and full decoration and finishing is at level 2. We are targeting Christmas to reach full decoration at level 10.” 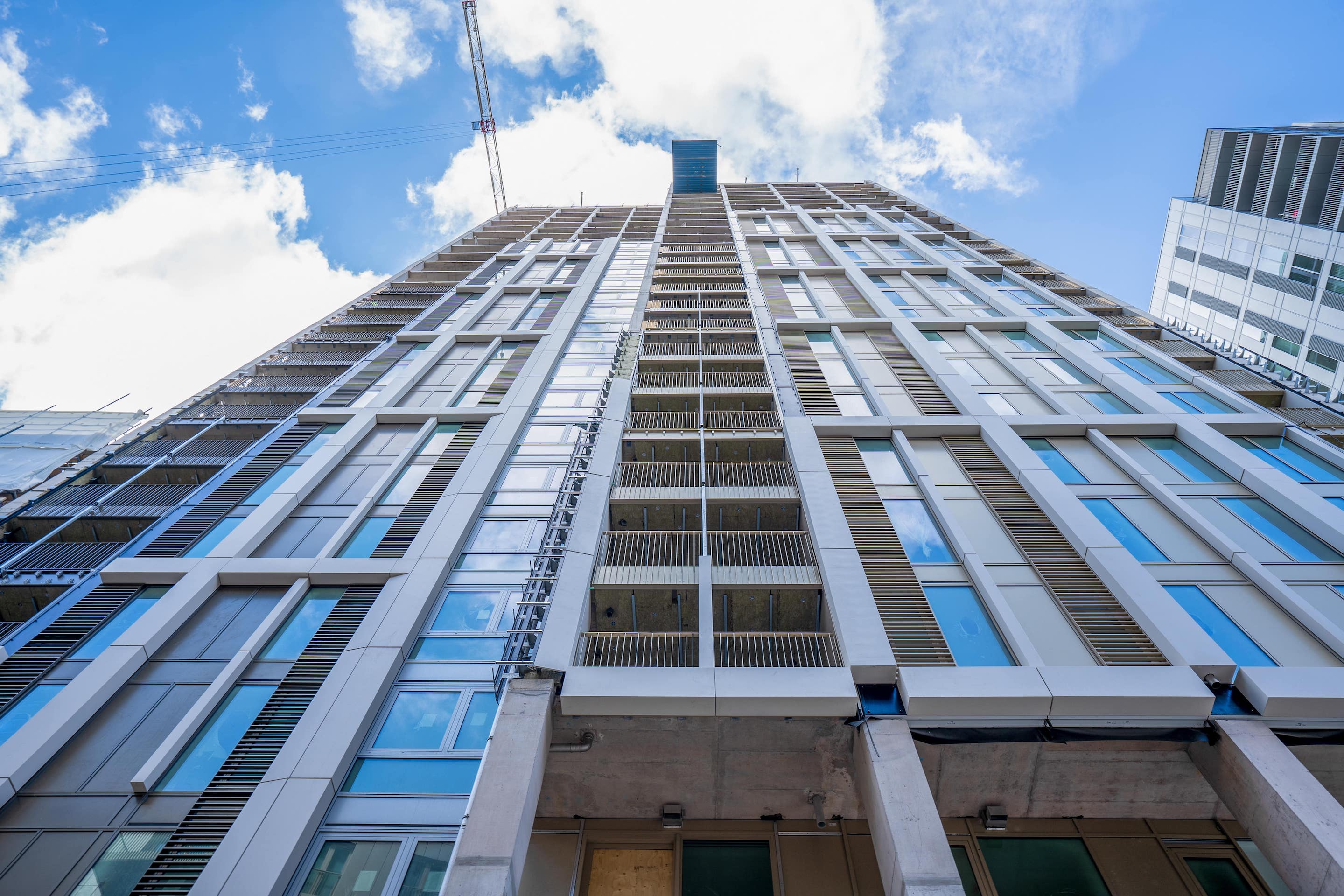 The two low-rise buildings (C2 and C3) within the property are managed by Senior Site Manager, Tom Hunt, who provided an update on progress for that section of the project. “We expect to finish the brickwork by mid-September,” he said. “Flooring begins over the next two to three weeks and as of now the ceilings are closed up to level 5. The project has benefitted from fantastic sequencing, and from day one we have had a rigid schedule in place which has ensured the project moves forward without delay.”

BSBG was engaged by Mount Anvil to complete the detailed design phase of the project, delivering technical packages to enable smooth construction. BSBG London Studio Manager Shaham Ahmed notes that from the outset the client and project teams had some unique aspirations in terms of detailing. “We created an animated 3D sequencing detail to enable a visualisation of how certain components of the construction fit together,” he explains. “It was a highly technical process and very challenging, but to work alongside a client with this level of awareness of the potential of BIM is very rare, and the focus on technical detail and emphasis on quality from Mount Anvil has been fantastic. The project at this stage looks superb, the programme has been first-class and, once complete, I’m sure it will be one of the standout projects in our portfolio, and a fantastic basis from which to continue our flourishing relationship with Mount Anvil.”

More to follow on the Silk District Phase 2 project as it nears completion.

Brewer Smith Brewer Group (BSBG) has announced its involvement in One Clapham Junction, a project that…

Brewer Smith Brewer Group (BSBG) has announced its involvement in One Clapham Junction, a project that…