The Dubai Mall Zabeel expansion closes in on completion!

The BSBG Media Team was given a site tour of The Dubai Mall Zabeel Expansion last week by Project Manager Abdul Rehman Qureshi, as we reach the culmination of a hugely significant project that promises to be top of everyone’s list of places to visit in Dubai for 2019.

The expansion project, for which BSBG produced the concept design and is Lead Consultant and Architect of Record, comprises a standalone nine-storey development situated directly opposite the main entrance to the mall, extending parallel to Financial Center Road. It is linked by a footbridge that extends from the new building, joining with The Dubai Mall to the left of the entrance point. The bridge itself is a remarkable feat of engineering, beautifully designed and spanning enough width to comfortably host a couple of lanes of traffic - it will, nonetheless, only be used by pedestrians. 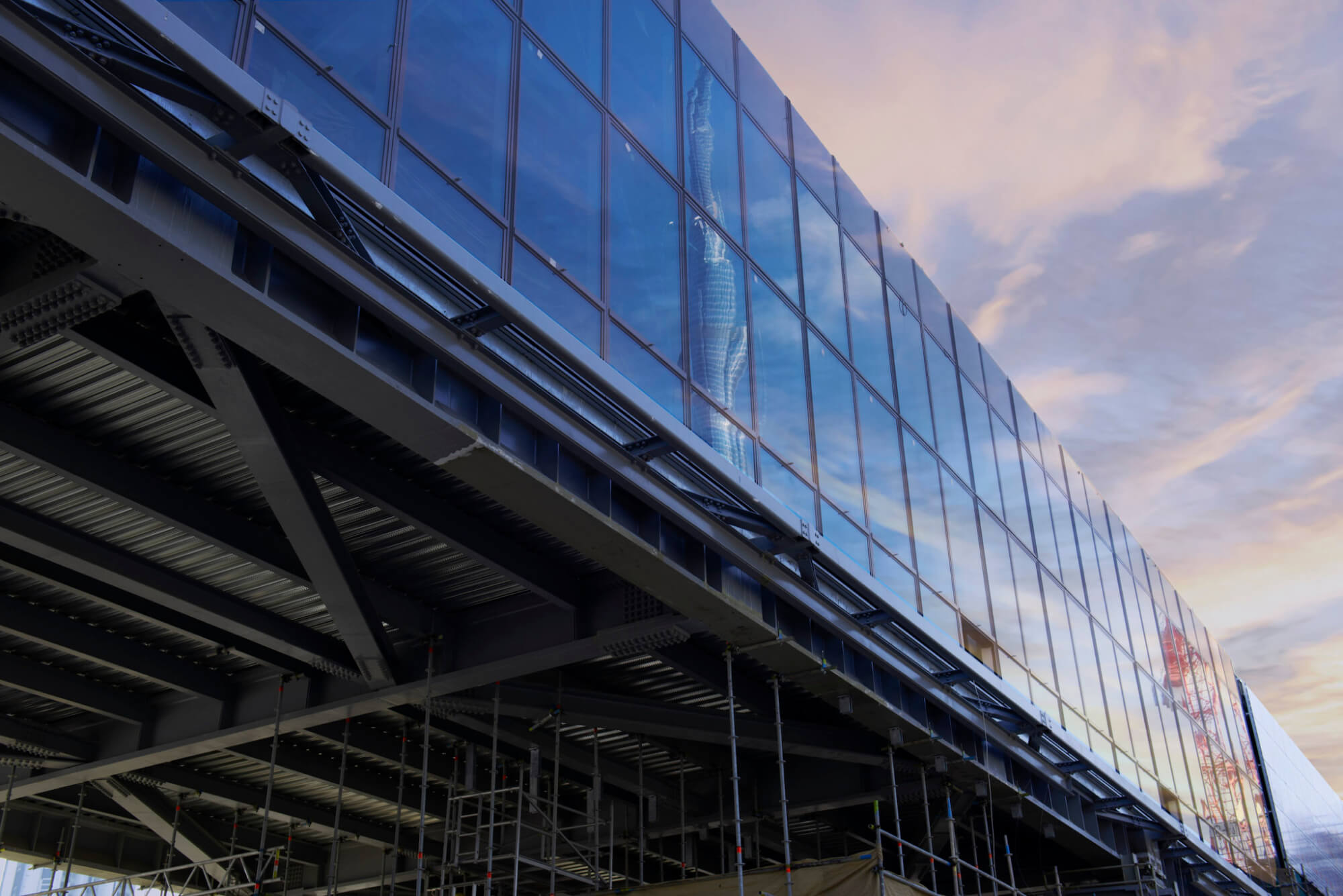 Once inside the Zabeel Expansion, visitors will immediately be struck by the unique aesthetic articulation expressed throughout the public areas. Developer Emaar has embraced the Industrial style, which came to prominence during the early 2000’s, for the project, marking a complete departure from the traditional decor of The Dubai Mall - and the majority of malls across the UAE. Exposed ceilings, concrete effect flooring and an authentic warehouse-like ambience immediately absorbs the senses, and the Zabeel Expansion has every chance of becoming the new weekend meetup destination of choice as a result.

Included within the Zabeel Expansion will be a flagship retail store (still to be officially announced), and 63 retail units. “Of 63 units, 61 have now reached hand over point,” Qureshi tells us. “The tenants can come in shortly and begin their own fitouts of their individual units.”

As we walk through the expansive setup, which in most other destinations would be big enough to be called a mall in its own right, Qureshi gives us an update of the works. “We’re now in the final finishing stages for the public areas. As you can see, the flooring and ceilings are complete, while landscaping has been mobilised and should be finished within just over a month. The carpark is complete, and is currently undergoing a deep clean as a final undertaking.”

The carpark, which reaches P9, offers more than 3,800 spaces to shoppers, which will provide huge relief to one of the world’s busiest shopping destinations as we move towards Expo 2020 and a purported 25 million additional tourists, each of whom will most likely be looking for the iconic Dubai Mall shopping experience to complement the Burj Khalifa shot. 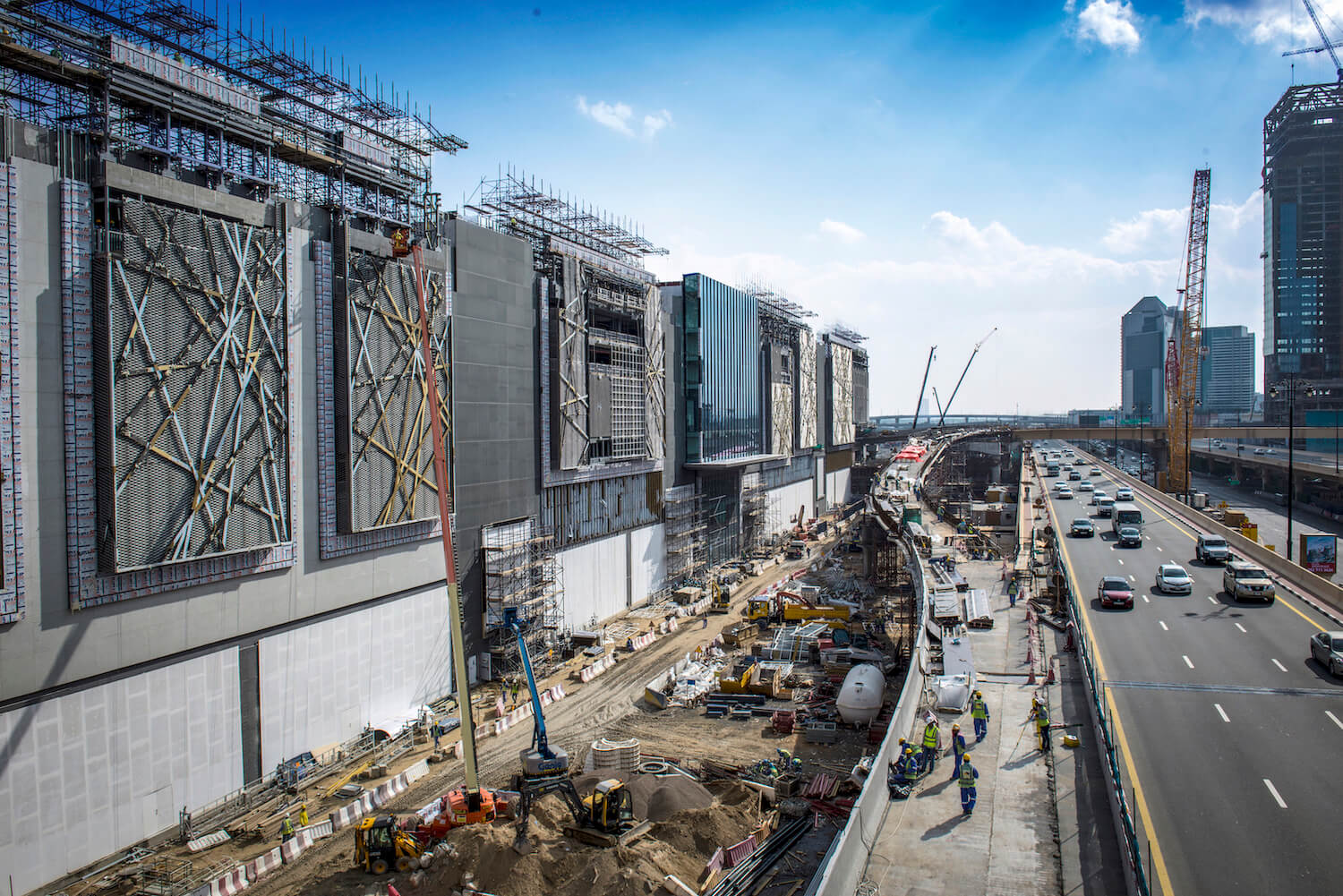 At ground level, a pedestrian esplanade with coffee shops and outdoor dining rest at the foot of the commanding structure, with a public facing façade which certainly portrays an interpretation of The Dubai Mall’s exterior appearance, but augmented with stunning polished marble and a unique modern reinterpretation of Mashrabiya, designed by the concept team and included as a feature element across the front of the building.

As for completion, Qureshi confirms that the project is on target and is widely expected to reach handover in the first quarter of 2019. “For our part, we expect to handover to Emaar during the early part of next year, and then it’s a case of the internal fit outs of the retail units, and the finalisation of the go-karting track…”