Executive Architecture - the collaborative approach to design and delivery

The executive architect collaborates closely alongside project concept teams to ensure accurate, informed and logical design decisions that meet client expectations, procurement strategies and the overall programme. And, while this collaborative process can take effect at any stage of the design phase, it is proven to be far more beneficial when implemented from the outset of concept.

BSBG’s +executive delivery team has exceptional experience as an executive architect/interior designer, having consistently delivered high-end projects of unique prestige alongside some of the world’s premium design houses, or with +studio, the BSBG design hub led by Group Design Director Michael Lewis. Both when partnering with an external design architect and with +studio, the executive teams review the early concepts to assess feasibility along with client expectations; adding technical expertise and innovative solutions to meet the demands of the project, while maintaining design intent, is one of the key deliverables when BSBG takes on the executive architect role.

In the following article, we will examine two key projects in which BSBG has performed the Executive Architect role from an early stage in the project cycle. 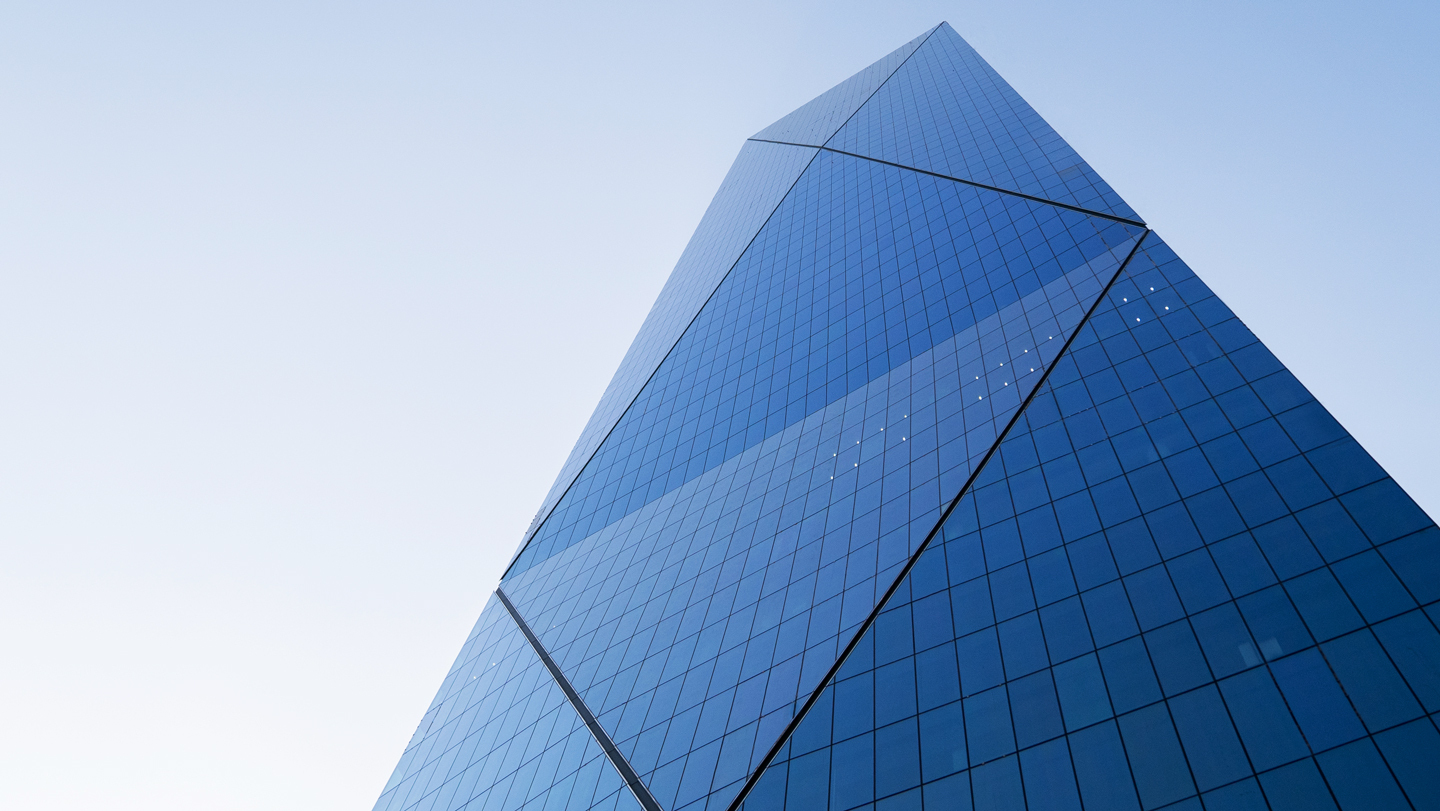 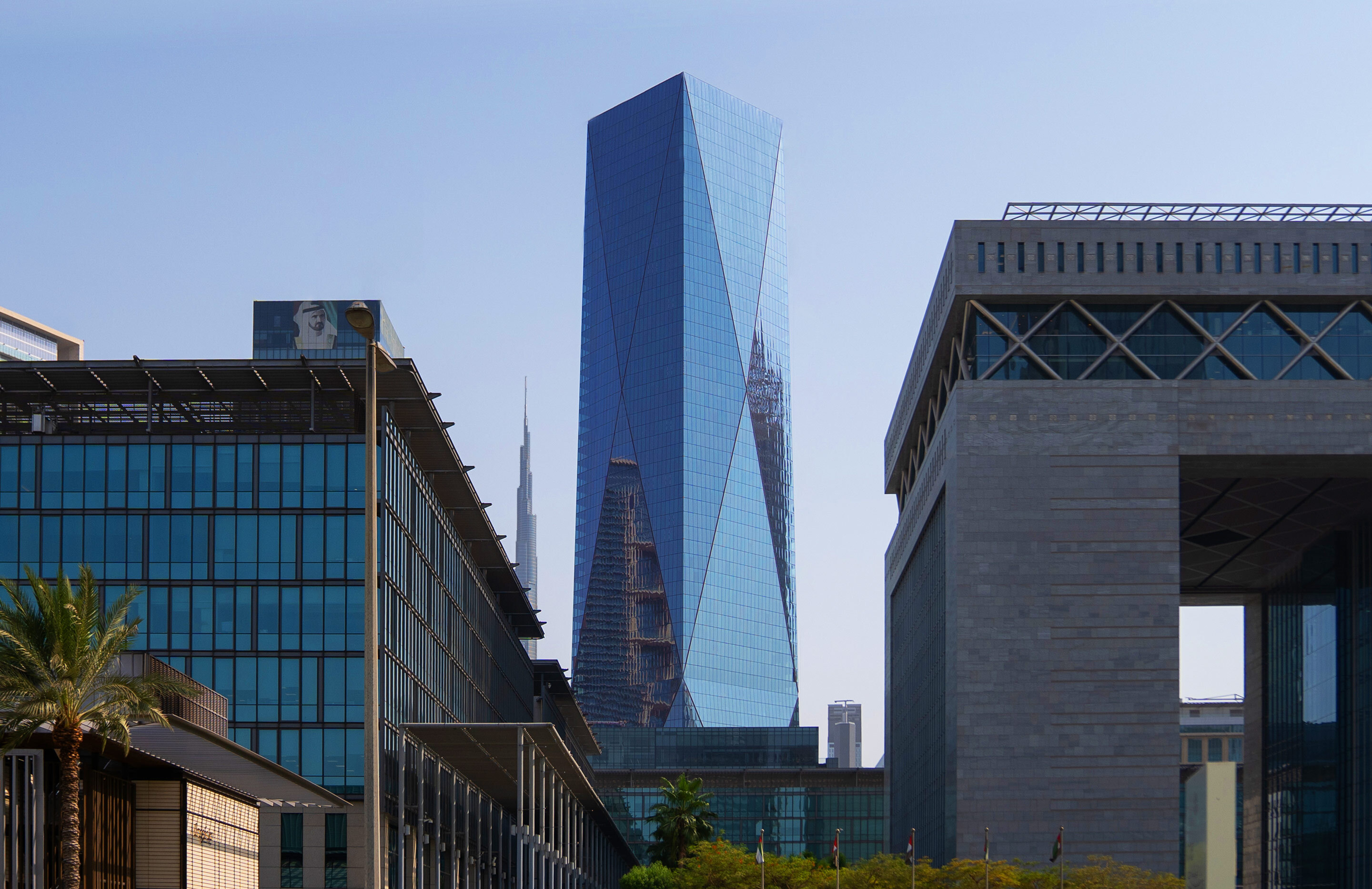 The concept is designed by Foster + Partners, and presents more than 83,600 m² of leasable, Grade A office space. 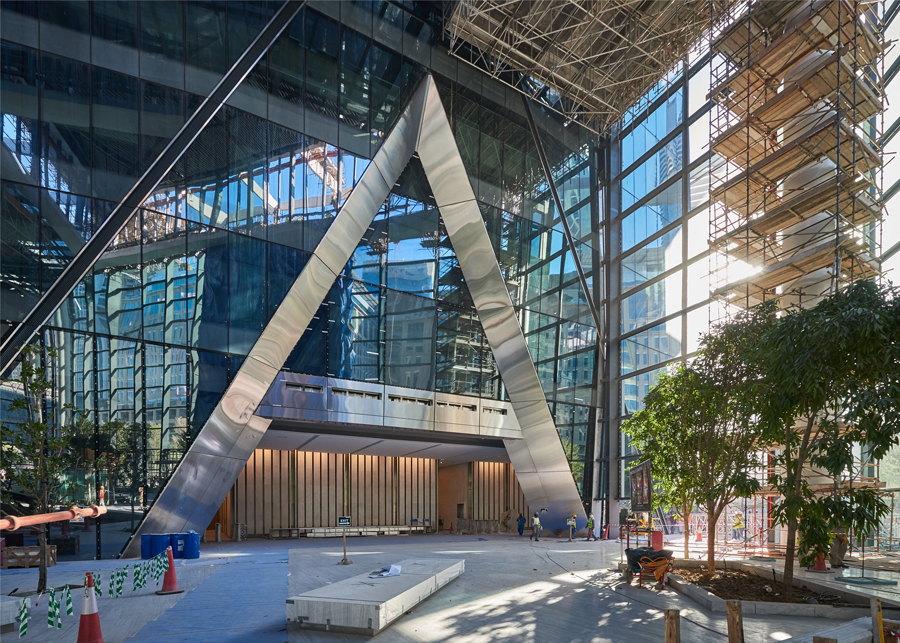 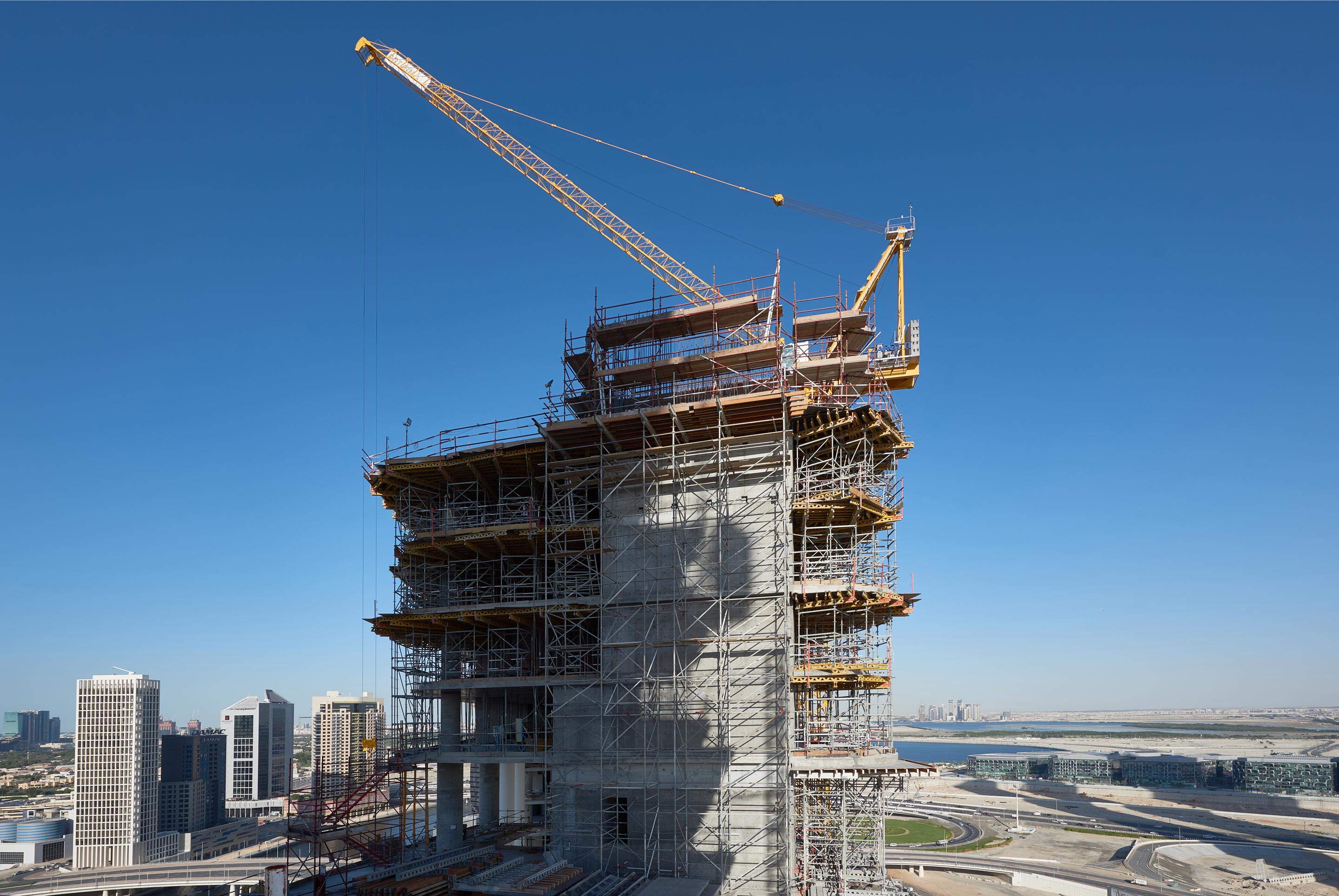 BSBG is working on the technical delivery of the project under a Design & Build contract. 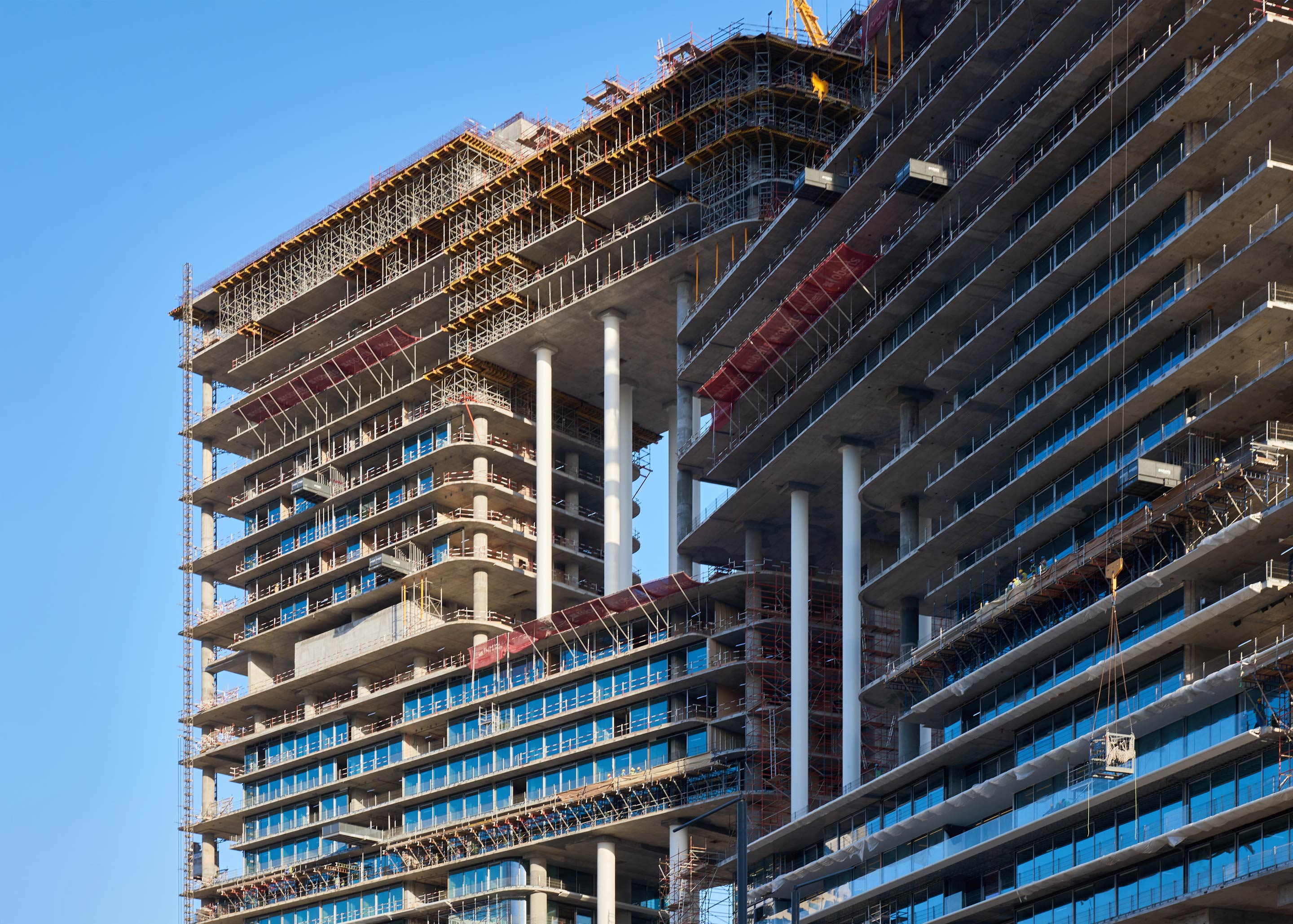 The concept is again designed by Foster + Partners, with BSBG working alongside the studio to develop and coordinate the design, before overseeing construction.

BSBG was appointed directly by ICD Brookfield as lead consultant, executive architect and executive interior designer on ICD Brookfield Place in Dubai. The purpose of appointing BSBG aligned with the client aspiration of developing a close working relationship between Foster + Partners (winners of an international design competition for the project) and the executive architect. BSBG’s +executive team had already completed feasibility studies on the project in advance of the design architect being appointed, and was retained to work alongside Foster + Partners from concept (supporting the design architect with local Dubai regulations), before then guiding the project through to completion.

By the end of the concept design stage, BSBG had already assumed responsibility for the design, construction documentation and approvals for the basement (one of the world’s largest, with seven levels and 2,700 parking spaces). This allowed Foster + Partners to focus on the main building. ICD Brookfield Place was then effectively split into two projects; BSBG completing the design and coordination of the sub-structure, while collaborating with the concept teams on the stair cores and transfer structure. Early approvals were obtained to enable contractor Multiplex to start work on the shoring, piling and sub-structure works.

Meanwhile, Foster + Partners continued the design development of the tower and podium before this transitioned to BSBG after completion of schematic design. BSBG then completed the full construction documentation for both the architecture and interior design, whilst acting as lead consultant to coordinate all the other consultant deliverables and the inputs from both Multiplex, Ssangyong and their sub-contractors.

BSBG was appointed directly by Omniyat Properties for the Dorchester Collection project as the lead consultant and executive architect, before being novated to Roberts Constructions under a Design and Build contract at the end of detailed design, and up until completion.

Another partnership between architect Foster + Partners and BSBG, the appointment as lead consultant, executive architect and construction supervision came as a result of completing a review of the schematic design, which demonstrated similar value to the client as seen on ICD Brookfield Place.

Foster + Partners completed the concept and schematic design, after which BSBG reviewed and updated the schematic package, before going on to complete the detailed design and construction documentation packages and is now performing the role of construction supervision on site.

BSBG’s work on design development, façade, structure and MEP coordination, as well as the effective working relationship developed between the group and Foster + Partners, were key components in driving the project forward.

BSBG led the consultant team for this highly complex project to develop and resolve the drawing set in accordance with Foster + Partners’ vision. As the Architect of Record, BSBG was responsible for adapting the design to ensure authority compliance, advising the team of any potential challenges to gaining approval, and using extensive experience and strong relationships with Dubai Municipality to obtain exemptions from the regulations to enable this landmark design to be achieved.

BSBG has developed the unique capability to adapt to new challenges or revised requirements during advanced design stages, and while construction is ongoing. A prime example of this adaptability came with the redesign of the apartment tower arrangement, modified from its original guise in which it housed 200+ serviced apartments, to hosting 39 luxury penthouse apartments, while maintaining the concept of the façade design at the end of the detailed design stage. BSBG also managed and resolved the interior design changes during construction of the superstructure, developing strategies in partnership with the contractor to limit the impact on programme, while not compromising the design.

Communicating the design intent clearly to all parties at all stages of the design process was pivotal to the success of the project. BSBG’s model-first approach, and leadership of the BIM process, allowed all parties to access and visualise all the design decisions, fast tracking the approval process and delivering the solution without any ambiguity.

The key drivers of BSBG’s design/executive architect partnership model are as follows:

• Aesthetics and functionality are prioritised in the early design stages in order to address the brief.
• Design intent is maintained, while technical solutions are proposed to elevate design efficiency and simplify the tendering process.
• Early stage approvals are sought while design is ongoing, to facilitate the architect’s development of the concept, allow for non-critical paths to evolve, and to allow for works on site to begin without delay,
• An open collaborative relationship is maintained to ensure dialogue between all stakeholders and the client on key issues and decisions.
• Building a circle of trust between design architect and all consultants.

Collaborative working really is key to delivery,” notes BSBG Partner Andrew Bereza. “Our preferred way of collaborating is from concept through to handover, and on projects such as ICD Brookfield Place, The Residences Dorchester Collection Dubai, and The Beach, the result of this early stage and continued collaboration has raised the quality of the final product, and also the awareness among top developers of the sanctity of the relationship between design and executive, and the results this can bring if embraced fully.”

To find out more about BSBG +executive and our expertise in the executive architect role, contact us here.