ICD Brookfield Place has won Commercial Project of the Year at the 2020 Construction Week Awards, held last night at the JW Marriott Marquis in Dubai. The Construction Week Awards are widely regarded as the most prestigious awards within the region’s construction industry. ICD Brookfield Place has been hailed as a great success in terms of commercial project delivery and construction programme, as well as for its outstanding record of safety on site throughout the entire project.

Brewer Smith Brewer Group (BSBG) worked closely alongside long term project collaborator, contractor Multiplex, on the project, taking the roles of Lead Consultant, Executive Architect and Architect of Record to deliver the Foster + Partners design of the commercial building. The building is now open and tenants have moved in. The team of contractors and consultants involved in the delivery of ICD Brookfield Place includes Multiplex, Ssanyong Engineering & Construction, AECOM, Robert Bird Group and AESG. 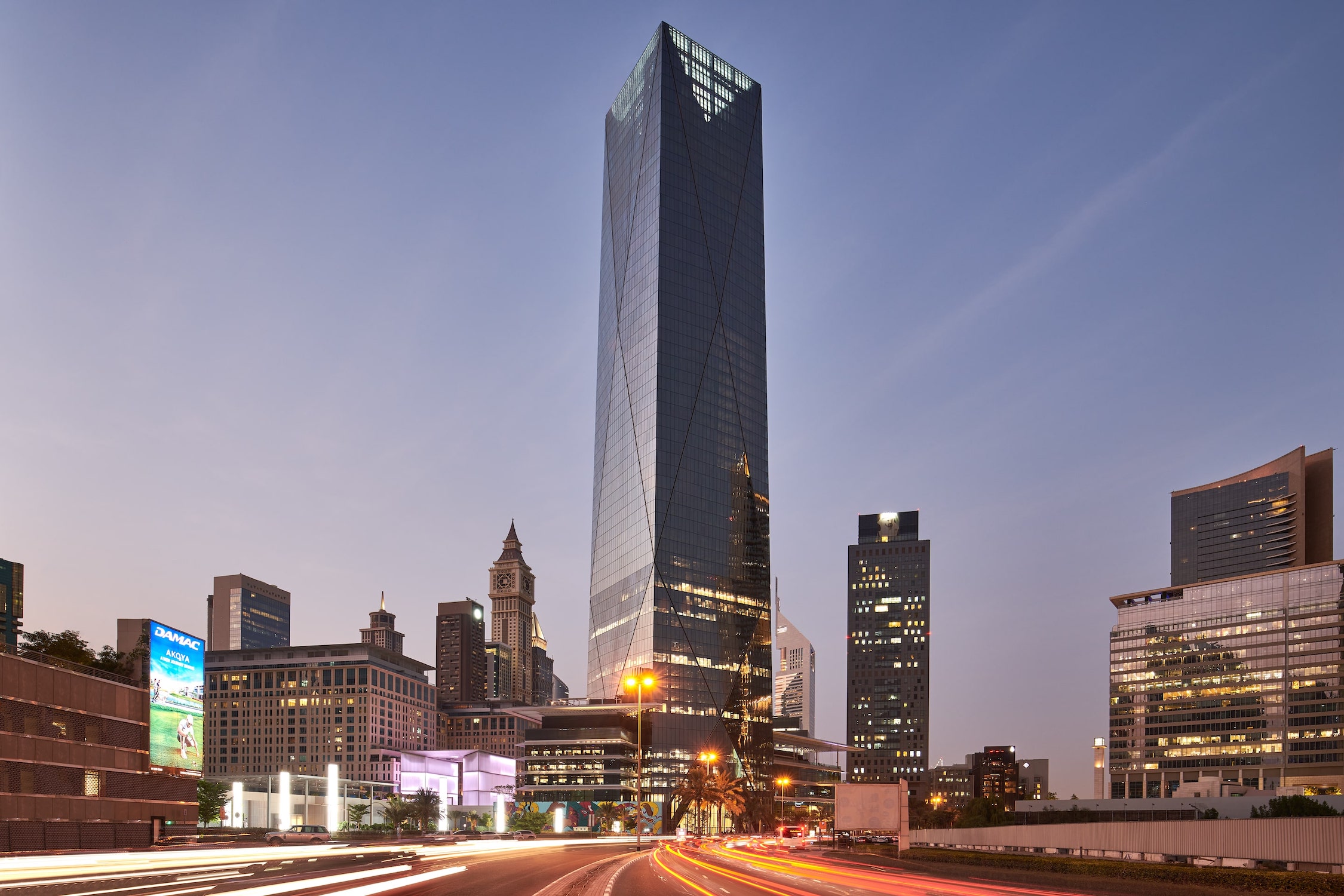 Scott Orwin was the Partner in Charge of the project for BSBG, and was in attendance with the project team at the awards last night. He expects many more awards to follow the Highly Commended accolade received last week. “ICD Brookfield Place is a first class commercial offering in so many respects, not just aesthetically but in terms of functionality and operations, it stands proud and sets the bar in the Middle East for commercial architecture. It’s great for the project teams to receive awards to recognise the efforts that went into delivering this outstanding building, and I would expect many more awards to come the way of ICD Brookfield Place before long. Congratulations to ICD Brookfield, Multiplex, AECOM and the rest of the project team for this award.”

ICD Brookfield Place is a 282 meter high, 53-storey commercial tower and mixed-use development that soars over DIFC in Dubai. The five-storey atrium, which is one of the features of the entire design, is set to host London’s exclusive private members club, The Arts Club, and is due to open soon. More to come on this shortly.