The largest IKEA in the GCC will open in Bahrain in 2018, it has been announced. BSBG has taken on the roles of Lead Consultant, Design Architect, Executive Architect, Engineering and Construction Supervision for the IKEA Bahrain project; roles the practice has successfully carried out previously in delivering a number of other IKEA stores across the Middle East.

BSBG has an established reputation for its work on the region’s IKEAs, having taken the leading role for the completed stores in Abu Dhabi, Dubai, Cairo, Doha, and the recently designed stores in Manama and Dammam.

The mainstream appeal of the Swedish furniture giant is monumental in the Middle East, and it is Bahrain that will play host to the biggest IKEA to come to the region yet. An investment of $124.68m has been placed into the project, scheduled for completion in mid-2018.

Ground was officially broken on the project at a ceremony on 30th October 2016. The ceremony was attended by officials and dignitaries from both Saudi and Bahrain, including Sheikh Khalid bin Abdullah Al Khalifa, Deputy Prime Minister of Bahrain. 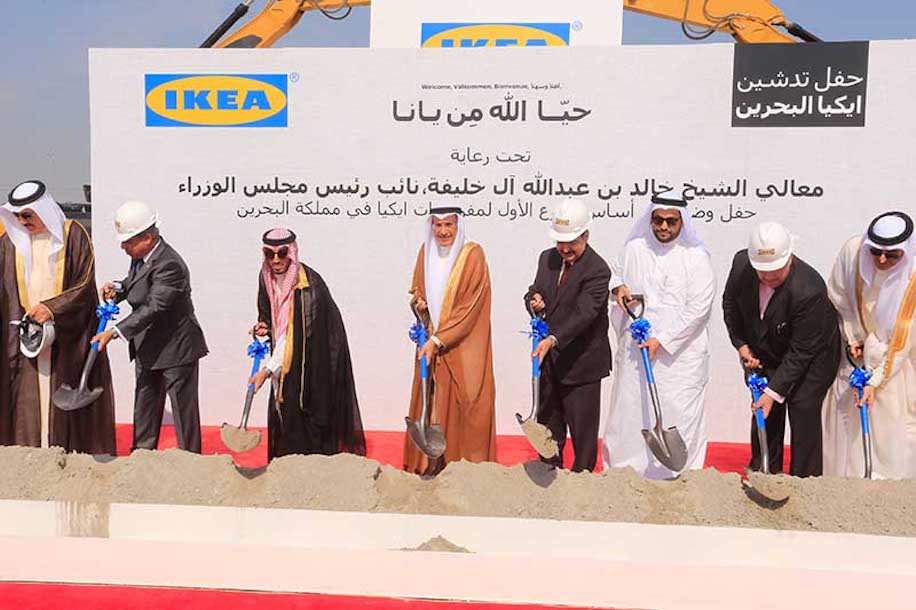 IKEA Bahrain will have a total retail area of 37,000m², with a 6,000m² market hall and a 5,000m² self service area. The restaurant area will spread over an area of 2,500m² - a statistic that will position it as the largest restaurant in the entire Kingdom of Bahrain.

The store is being opened in a partnership between IKEA Saudi Arabia and Ghassan Ahmed Al Sulaiman Furniture Trading Company, a partnership that dates back to 1983. Commenting on the new store, Saud Ghassan Al Sulaiman, CEO of IKEA Saudi Arabia said: “The Kingdom of Bahrain is an attractive investment and business destination for a retail giant like IKEA, thanks to its vibrant economy and favourable business climate.”

Commenting on BSBG’s role in the huge expansion of IKEA throughout the Middle East and the new IKEA Bahrain project, BSBG Partner, Kevin Harper, said: “BSBG is extremely proud of our long association with IKEA. The store in Bahrain adds yet another territory to IKEA's ever expanding global reach, as well as to BSBG's portfolio and expertise.

“With IKEA's plans for further stores across the region and beyond, we are very excited to see where our relationship with this fantastic client takes us in the years to come."