Nobu Hotel London Portman Square has been announced as the winner in the Hotel Design 2022 category at the International Design & Architecture Awards, hosted by design et al - a leading UK interior design magazine.

In the dual Executive Architect and Lead Consultant roles, BSBG was responsible for delivering the renovation of the hotel, which was originally built in 1967, ensuring the design intent was maintained and realised, as the former Radisson Blu became a premium Nobu offering in a key location for the client.

BSBG Managing Partner Alistair McMillan expressed his delight at the award, and the quality of the finished hotel, which was delivered during the pandemic. “It was one of our first projects as we entered the London market, and for us to deliver a 5-star hospitality offering of that quality at a challenging site is source of great pride for the group,” he said. “The transformation we oversaw there is remarkable, and the project has more than delivered on the initial vision. For the hotel to receive this award is testament the project team’s commitment, drive and expertise. Congratulations to all involved.” 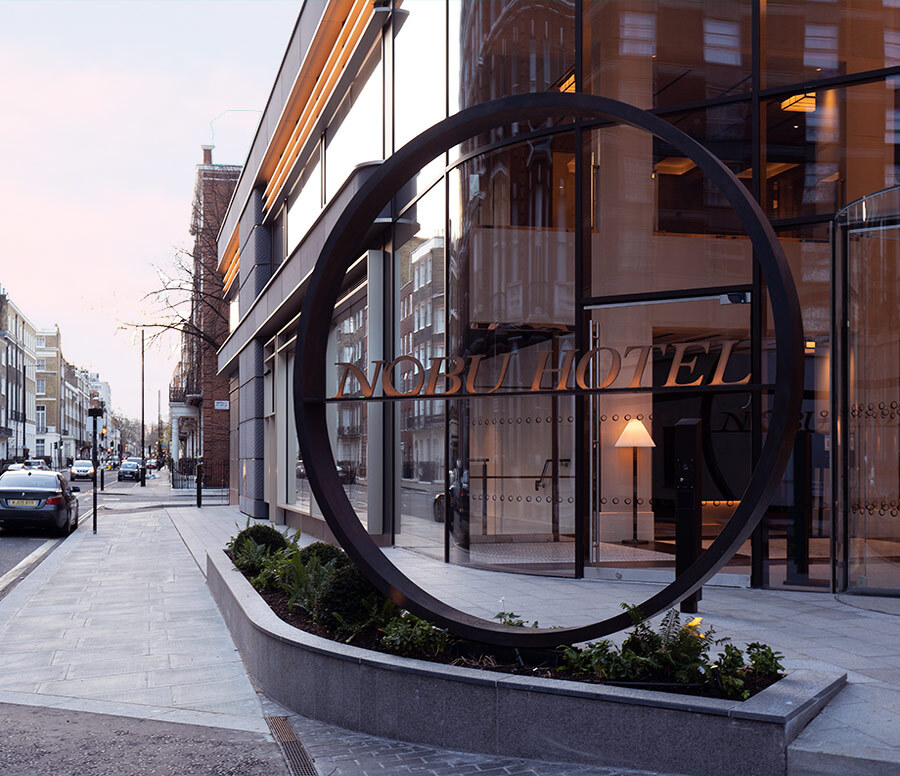 The project scope sought to unify the building’s exterior elements with the public realm, while enhancing all interior spaces, rooms, suites and public areas with high-quality contemporary interventions. The active frontage and double height entrance lobby address the street and provide an arrival experience in keeping with a five-star hospitality offering, and a new façade subtly frames and repositions the hotel both within its block and the wider area. The reimagined frontage responds to the area’s mixed architectural heritage, clad in a carefully chosen dark GRC textured panel which wraps around the building, providing a horizontal foil to the towers above.

Internally, the ground floor reconfiguration presents a sweeping new double-height entrance lobby flooded with natural light, the feature of which is a five-metre kinetic sculpture by British sculptor Ivan Black. The lobby space opens up into a carefully crafted and sequenced double- floor Nobu restaurant, bar and terrace space with materials, colours and textures that express Japanese culture.

The rooms and suites focus on maximising natural light and the views across London. Natural materials such as pale English Oak have been incorporated to provide a warm and familiar design aesthetic that still marries with the contemporary and minimal Japanese stylings of Nobu. 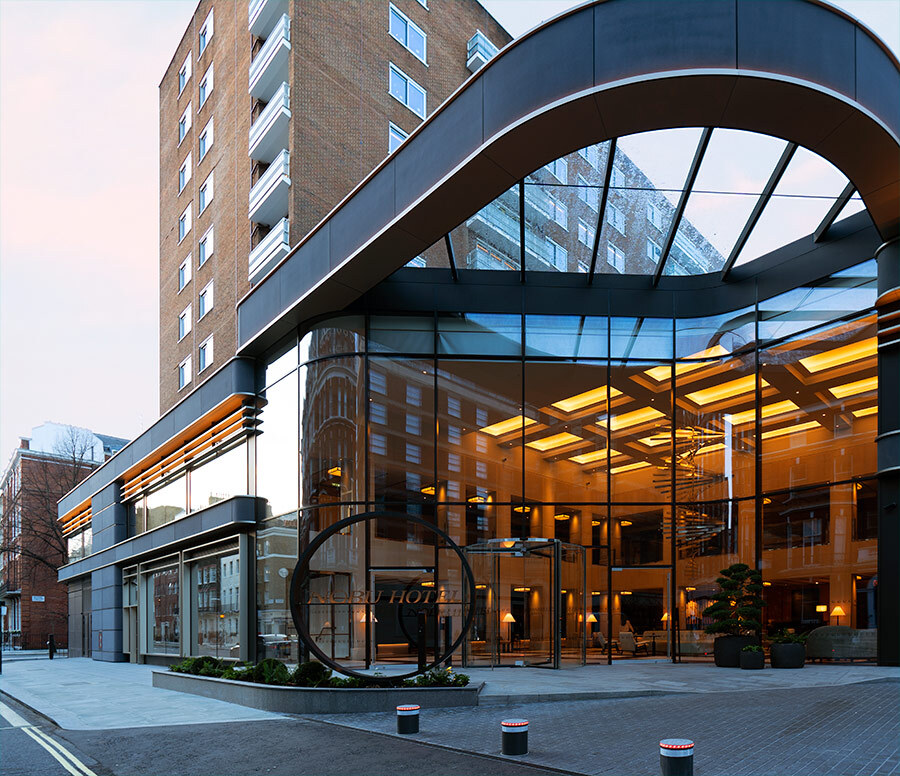 About the International Design & Architecture Awards

The International Design & Architecture Awards are unique in that they are not judged by a panel. Shortlisted entries are presented online, and voting is open to industry professionals as well as design et al readers, clients and customers. The International Design & Architecture Awards offers a number of award categories, and is highly regarded in the United Kingdom as an award that commends design, recognises talent, creates opportunities and offers inspiration.

All design stages are now complete and Construction Documentation has been issued on the Six Senses The Palm,…