This is the latest of a number of prestigious recognitions and awards for The Opus, some of which include the Middle East Architecture Awards Leisure & Hospitality project of the year, an Award of Excellence from the Council on Tall Buildings and Urban Habitat (CTBUH), and recognition from the World Architecture Festival Awards for a Mixed-Use building. 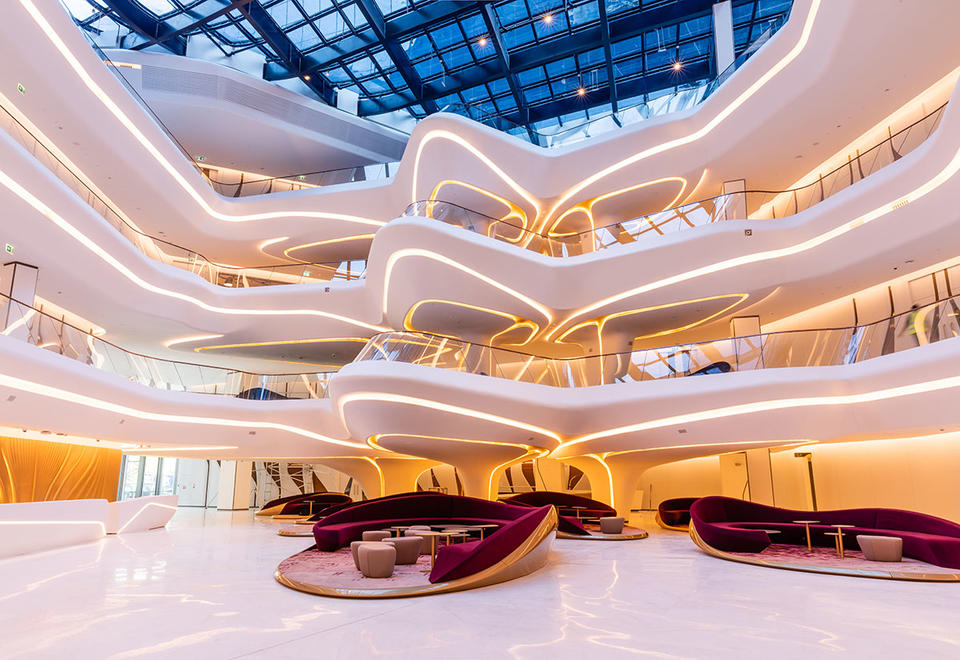 Brewer Smith Brewer Group (BSBG) worked closely with Zaha Hadid Architects to realise the vision Hadid herself had for The Opus. The project, located in Business Bay, Dubai, has become an architectural icon for the UAE, and is home to the new 5-star ME Dubai hotel. Initially proposed as a commercial offering, BSBG oversaw a change in use midway through construction that transformed The Opus into a mixed-use building, paving the way for ME to occupy the lower portion of the development, with residential apartments and commercial offices located on the upper floors. The Opus features a unique free form void carved through the central heart of the building, while on either side of the void two towers are linked at the lower levels by a four-storey atrium, and at the top by an asymmetric three-storey bridge 71 metres above the ground.

Commenting on the award, BSBG Managing Partner Alistair McMillan said: “The Opus is a dynamic architectural landmark that will be recognised for decades to come. To win a World Architecture Community Award, an award of unique prestige, is testament to the level of technical precision and understanding involved in executing a project of this nature and preserving the vision and legacy of Zaha Hadid. It was an honour for BSBG to play an integral role in realising The Opus, and we are delighted to see that the project continues to receive such accolades from across the world.”

To learn more on the role BSBG played in delivering Zaha Hadid’s The Opus over the course of more than a decade, watch The Opus +executive documentary video below.