A celebrated icon of the UAE, the home of golf in the Middle East was originally designed by BSBG in 1988

In the late eighties BSBG was approached to formulate the design of a new golf clubhouse and facilities for what would become the pinnacle of golf in the Middle East – Emirates Golf Club.

The iconic design of the clubhouse and facilities around the course, created to resemble a cluster of traditional Bedouin tents, remains instantly recognisable, visually encapsulating the history of the United Arab Emirates and traditional Emirati values.

Emirates Golf Club was a hugely significant project for BSBG; the first truly pioneering venture the practice had designed since its establishment in the UAE a decade previously. Its importance for BSBG is mirrored as a landmark milestone for the emirate of Dubai.

The first all-grass golf course in the UAE has since served to hugely enhance Dubai’s standing in the lucrative world of golf. Emirates Golf Club became the first example of architectural design in the UAE that captured the attention of the world, attracting the global spotlight as celebrities and the wealthy came to sample Emirati hospitality and play golf at the venue, providing impetus for designers in paving the way for the courageous, expressive architecture that would follow.

The clubhouse is now revered throughout the golfing world, and is a premier social destination in Dubai for residents and tourists to enjoy. The Emirates Golf Club annually hosts the Omega Dubai Desert Classic, a significant tournament on the European Tour calendar, with legendary golfers such as Severiano Ballesteros, Tiger Woods and Rory McIlroy all previous winners in Dubai.   In 2010, more than 20 years after the original project, BSBG was engaged again to formulate a new masterplan, completing a redesign and comprehensive renovation works for the entire complex. The project involved a reincarnation of the clubhouse lobby, as the initial introduction to the golf club for guests benefitted from a revitalised, spacious foyer with double height glass providing views across the golf course and flooding the space with natural light.

“There is an overall feeling of space, while we also created more intimate areas that people can identify with. The clubhouse has a new context, with simplicity of movement and purposeful planning that just makes sense.” 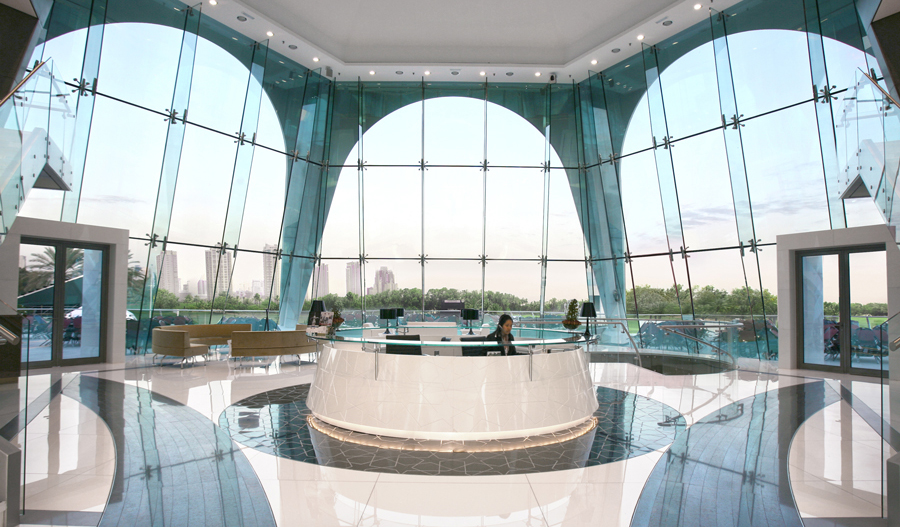 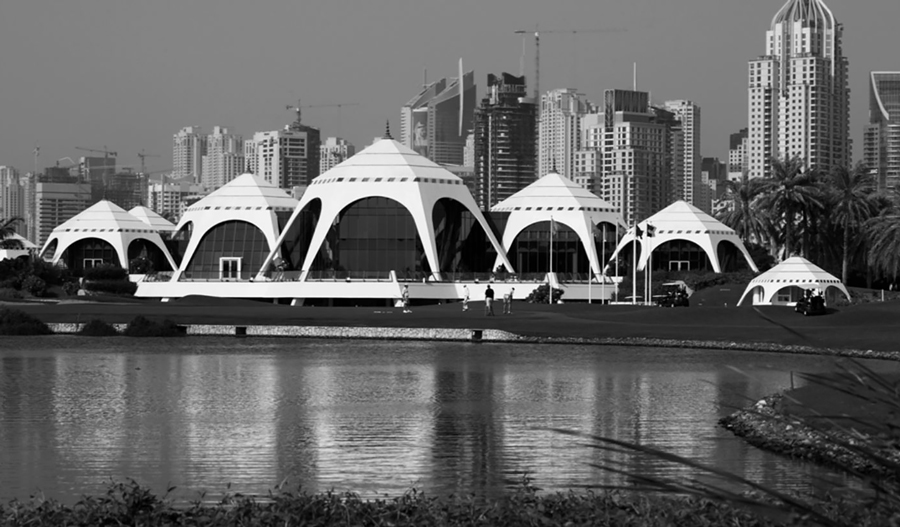 Additionally, the bars, restaurants, pro shop and swimming pool were redesigned and refurbished, while a new spa, terrace and bar were added as part of an extension of the central building. The new spaces are each characterised by a set of unique features that serve to offer definition as the end user moves between areas of the multi-purpose clubhouse. While a new dimension to the resort is accomplished, the traditional architecture and original visual quality of the resort remained untouched.

BSBG did, however, address the need for a reimagined overall experience for club members, conducting a detailed study that resulted in enhanced flow of movement around the club to adjoining facilities, buildings and the first tee.

It was March 1988, and one of the largest recorded storms ever to have hit Dubai landed, bringing with it…

Behind the design | Emirates Golf Club

In 1988, BSBG secured the commission in Dubai for the architectural design and project management of the…