It was March 1988, and one of the largest recorded storms ever to have hit Dubai landed, bringing with it torrential downpours a week before Emirates Golf Club was due to open its doors for the first time. The storm resulted in floods, and the one-square kilometre golf complex was effectively cut off from civilisation – accessible only by boat. The course had flooded, as had the BSBG-designed clubhouse, and with days to go until the official opening of the Middle East’s first grass golf course, there were fears of a forced postponement. 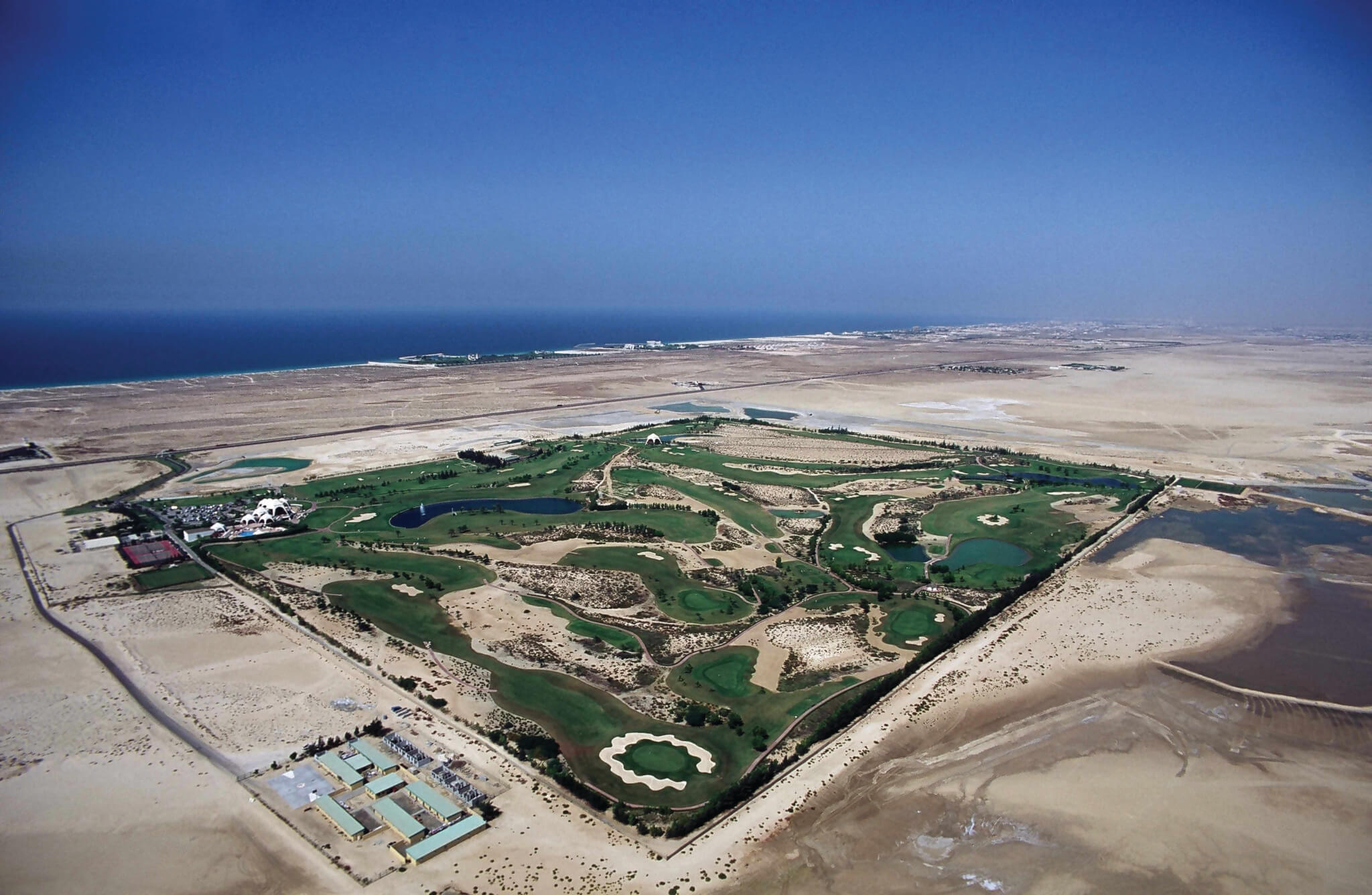 Fortunately, the waters receded and the clean-up operation was completed just in time for the club’s first Chairman, His Highness Sheikh Butti Al Maktoum to deliver his opening speech. Then, the UAE parachute regiment flew in to deliver a golf club to the President of Pakistan, Ziua-ul-Haq, who struck a ball from a golden tee to commemorate the opening. Since that moment, Emirates Golf Club has continued to flourish, grow and evolve – maintaining a position at the forefront of world golf as one of the favoured destinations among pros on the tour, amateur players and fans. 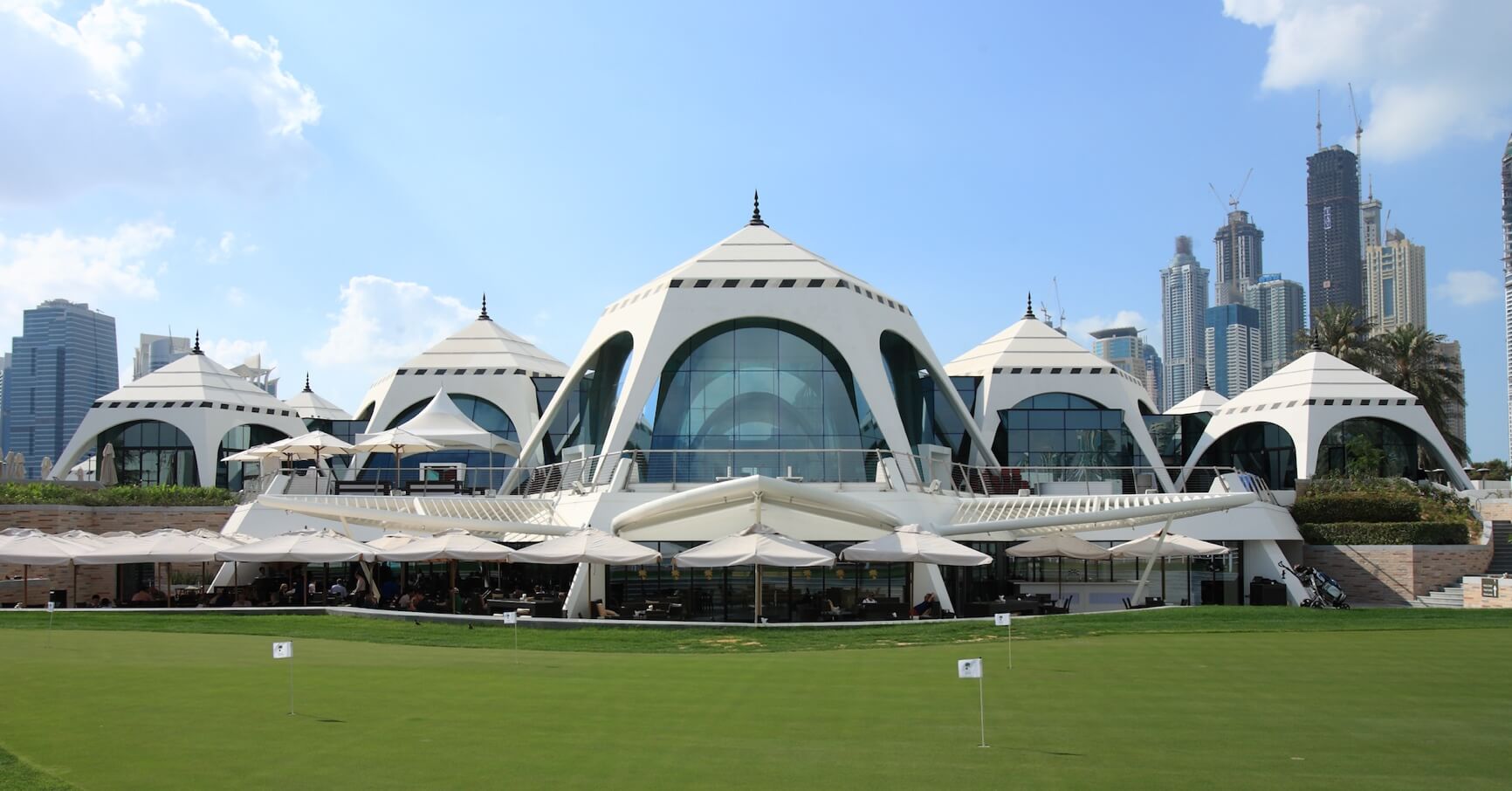 Over 30 years ago, Brewer Smith Brewer Group (BSBG) was approached to formulate a design for a new golf clubhouse and facilities on a plot of sand in the desert – the site of which at that time was far from any other buildings or developments. The late eighties saw Dubai take its first steps towards diversifying its economic interests, as the emirate’s oil reserves were running low and new revenue streams were needed. Tourism was earmarked as holding great potential for Dubai, and alongside a selection of high-end hotels and new leisure facilities which would cater for the planned influx of arrivals, plans were also made for a new world-class golf resort under the directives of His Highness Sheikh Mohammed bin Rashid. 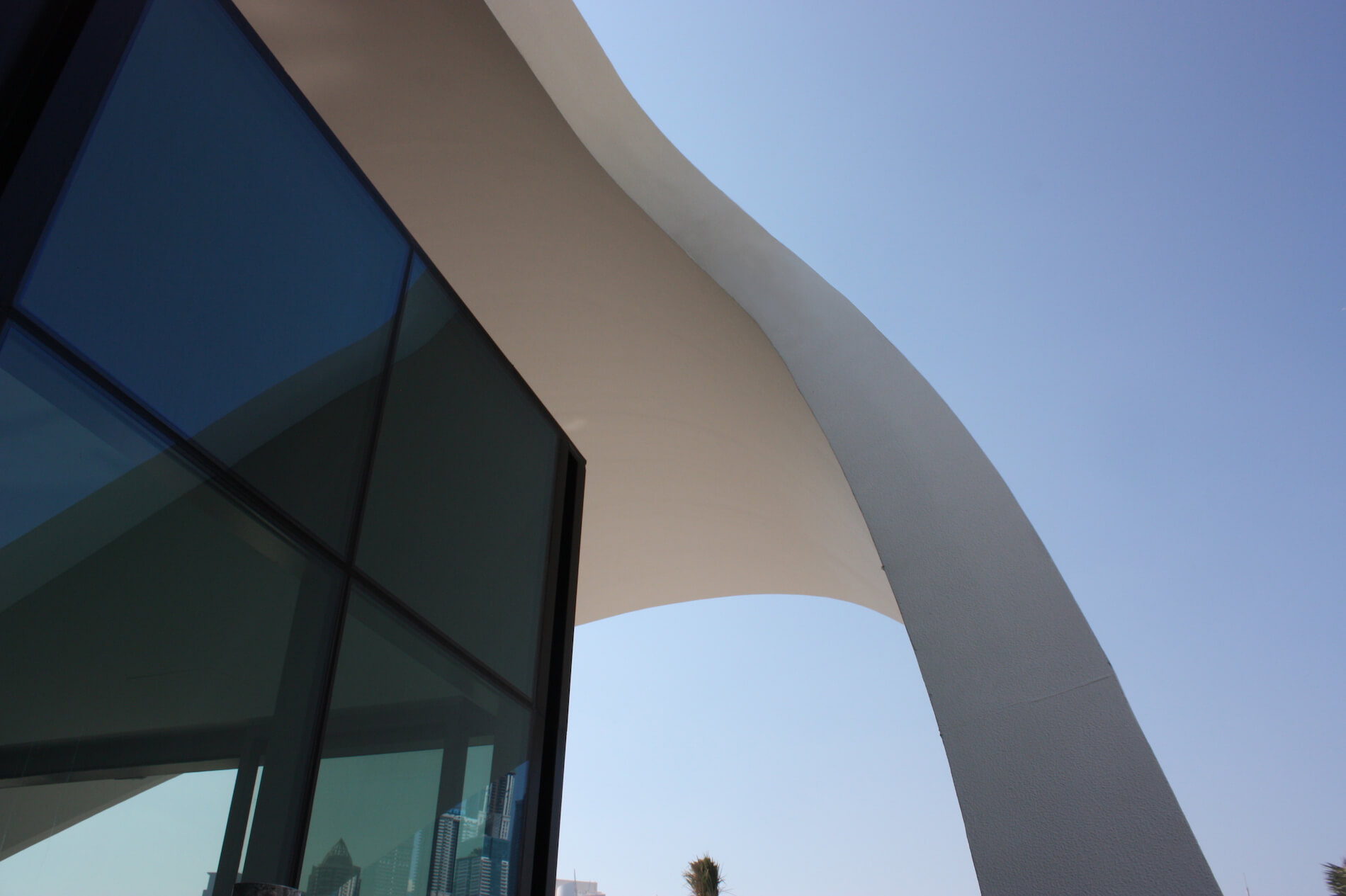 BSBG held an in-house competition among its top architects for the clubhouse design. The winning concept was immediately eye-catching, the most notable feature of which was the the striking clubhouse and other buildings within the complex – designed to resemble traditional Bedouin tents as a permanent tribute to the roots of the nation. This vision struck a chord with all stakeholders, symbolically referencing Emirati culture, heritage and traditions, while also being distinctly modern and offering world-class golfing facilities to the region for the first time. This would become the home for golf in Dubai. 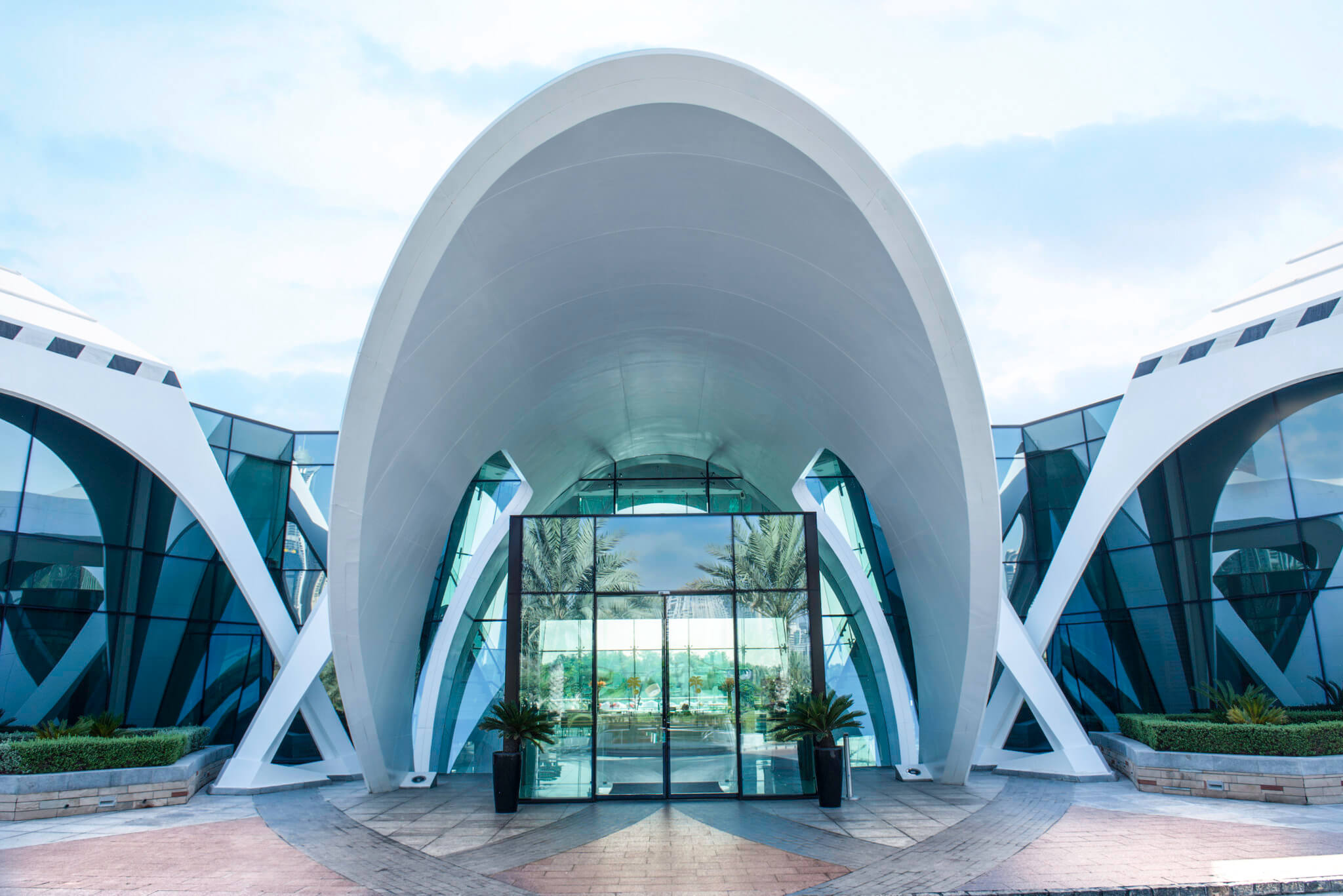 In 1989, the first Dubai Desert Classic tournament was held at Emirates Golf Club as part of the European Tour. It has been held each year since, and has attracted the greatest players in the history of the game – from Seve Ballesteros to Tiger Woods and Rory McIlroy. 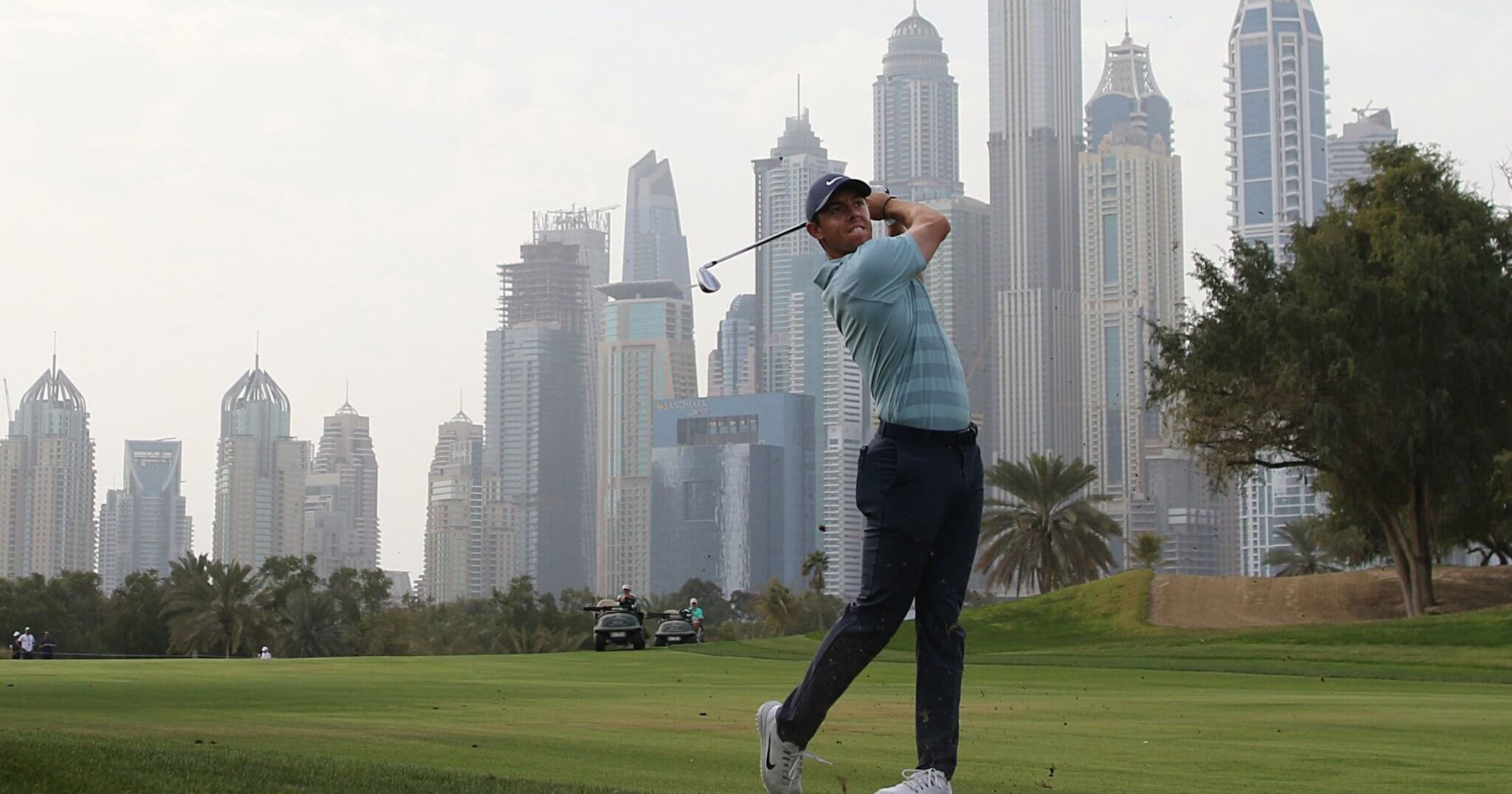 A few decades after the initial design, BSBG was once again approached by Dubai Golf, owned by wasl Asset Management, to complete a modernisation and refurbishment of the clubhouse and facilities. The 2010 project was a great success, and served to cement the special relationship BSBG has with wasl Asset management, Dubai Golf, and Emirates Golf Club. 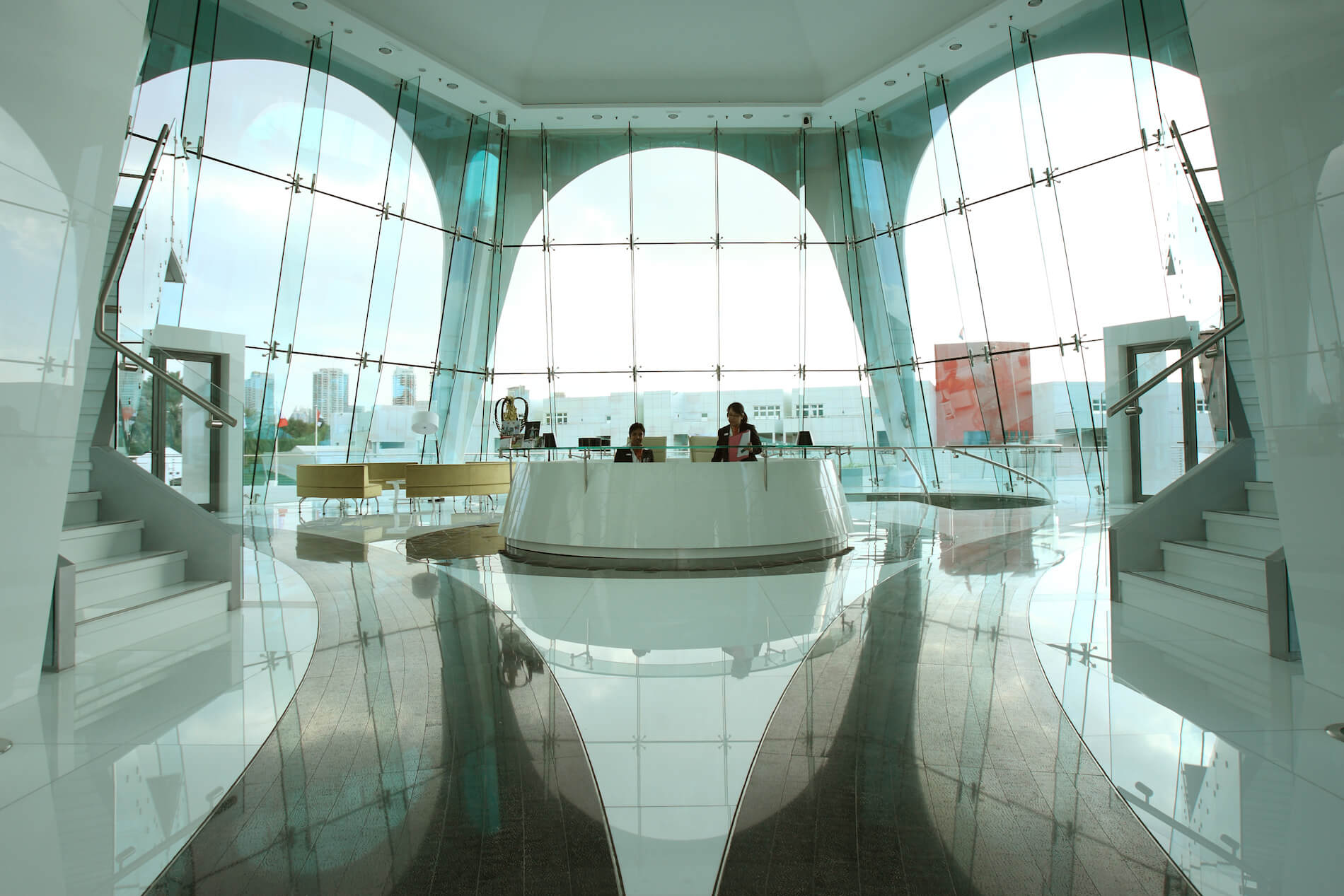