The rooftop bar provides a seamless connection to the surrounding natural environment through the use of colour and material selection, and has become a memorable destination in Dubai for both its design and the stunning sunset views it affords across the adjacent golf course and over the Arabian Sea. As well as receiving the Highly Commended Award in the Bars and Clubs category, JA Lake View Hotel itself was a finalist in the hotel category, having already won the Dubai Hotel Interior Award 2020 at the International Property Awards. 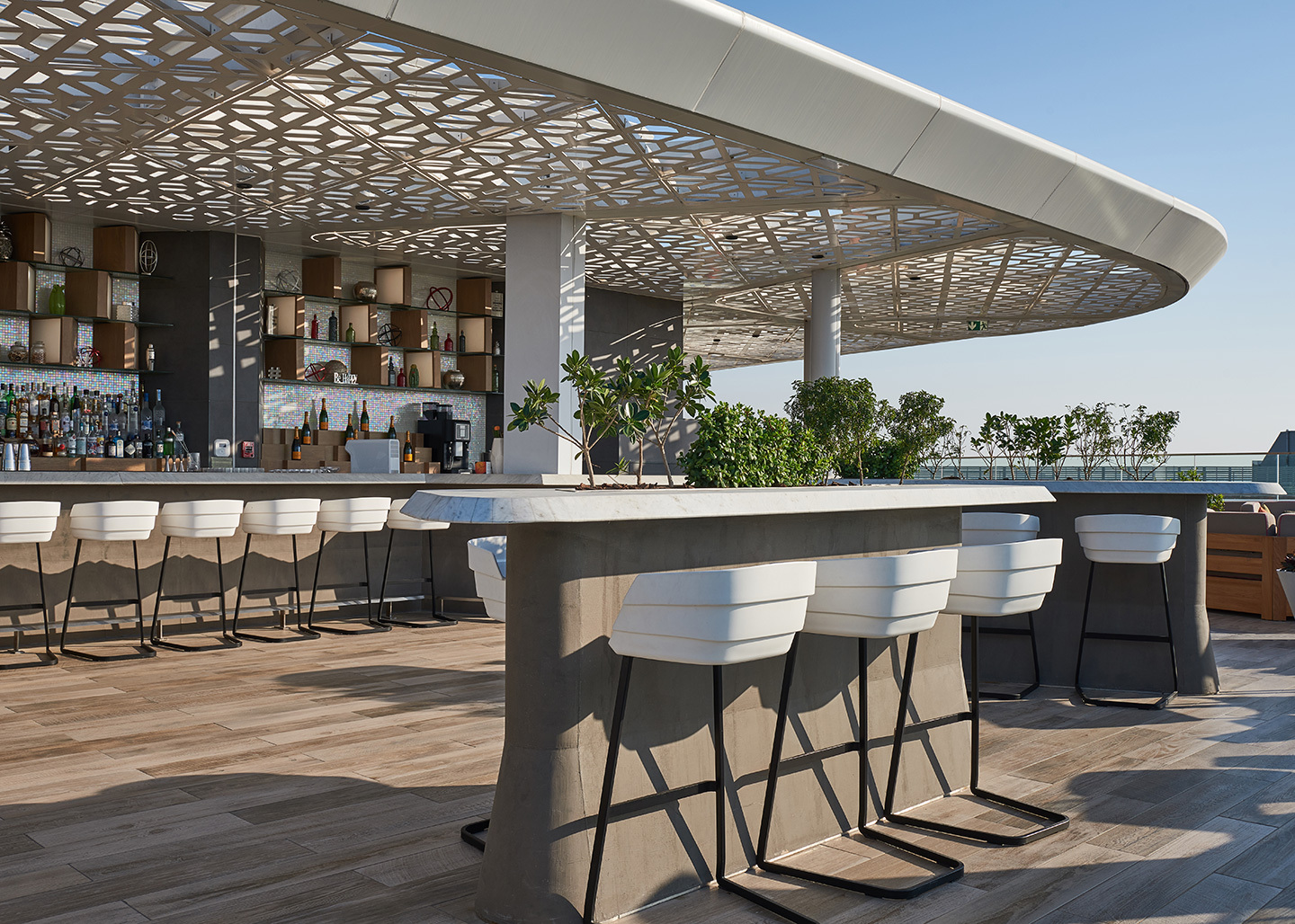 Georgia Stevenson told us about the awards: “It was a great event in consideration of the circumstances. There was a red carpet, and it had the feel of a glamourous awards ceremony, however with special attention paid to social distancing. They also produced CID branded face masks which was a nice touch! To pick up an award on the night was a wonderful moment for both Alia and I, and a proud moment for BSBG and the entire JA Lake View Hotel team!” 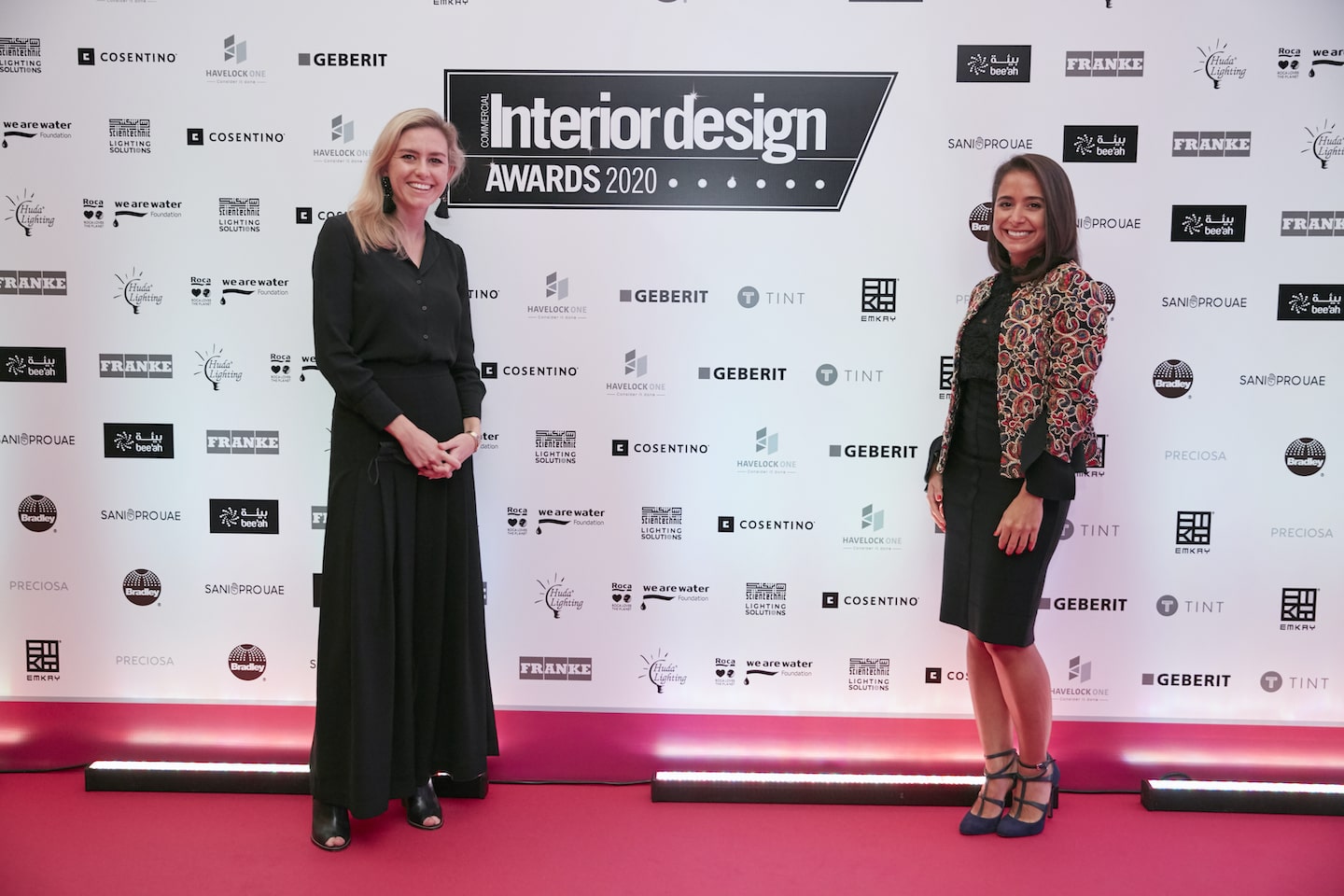 As a central member of the team that developed the concept for Bibé, Alia Soufan expressed her pride at the recognition both Bibé and the entire hotel have received since their opening. “JA Lake View Hotel was a passion project for the entire team, and I think that shows in the finished project,” she said. “We’re delighted and very proud that the interior design has received these accolades, and it’s testament to the thought and character of each space within the hotel.” 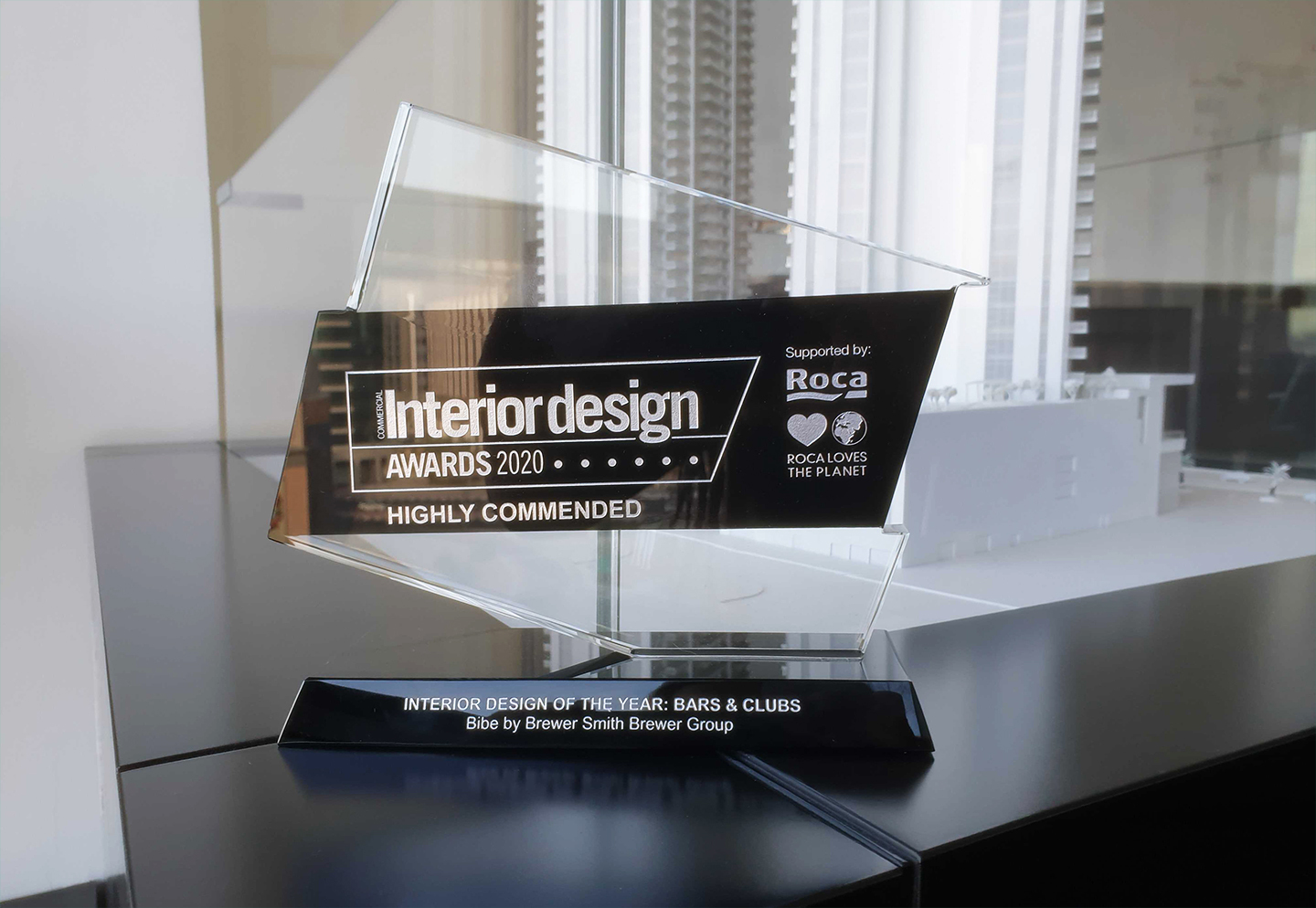 Read more about the design of Bibé and the other outlets within the hotel in our blog: JA Lake View | Behind the award-winning design