Brewer Smith Brewer Group (BSBG) has become the recipient of an International Property Award for the third year in succession, with this year’s recognition coming for the design of the Aloft City Centre Deira hotel in Dubai.

Aloft City Centre Deira wins in the Hotel Architecture category for the Dubai, Africa & Arabia Property Awards 2019-20, which is an accomplishment widely acknowledged as a hallmark of excellence for those in the construction and real estate industries. The hotel joins The Edge and Banyan Tree Residences – Hillside Dubai, as recent BSBG-designed award-winning buildings.

BSBG will now be honoured at the Dubai, Africa & Arabia Property Awards which are scheduled to be held at the London Marriott Grosvenor Square on the 12th June 2019. During the event, Aloft City Centre Deira will receive its award and will also go up against the region’s other top new hotels for the 5 Star award in the Hotel Architecture category.

MAF’s Aloft City Centre Deira has become a standout architectural landmark in Old Dubai; the instantaneously recognisable bronzed façade visible for miles as one approaches Deira from the west, overlooking the Dubai Creek Golf Resort, and the Creek itself, with all the stature and elegance we’ve come to expect from a modern BSBG design. 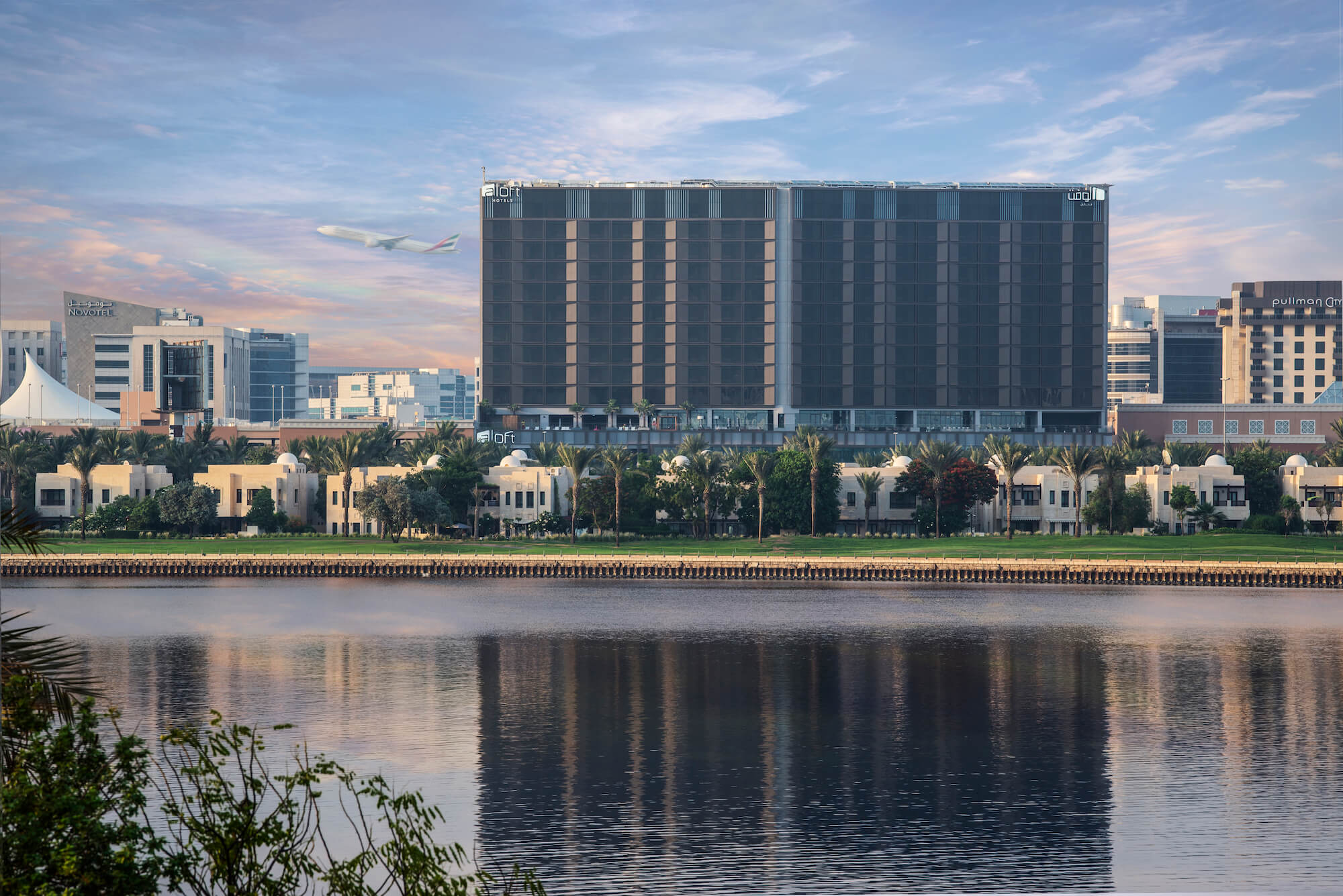 Although the façade attracts much of the attention, there are numerous additional features within the Aloft design that made a contribution towards the International Property Awards recognition. A notable highlight of the design is the planning strategy for each floor, targeted at accomplishing seamless efficiency in the way in which the hotel is able to operate.

The 304-room hotel is located on a site with a GFA of just 28,000 m2, which created the need for an innovative and unique approach in terms of achieving separation between FOH and BOH areas. The planning was led by Lead Architect Stewart Bell, who opted to implement a stacking approach for this important aspect of the hotel’s design, with a central core effectively divided into two through each of the floors to segment the public realm and hotel functionality.

This planning extended further to allow for maximising the fantastic views afforded by the site. The unimpeded views across Dubai Creek towards the downtown skyline were one of the predominant features of the location, and these views can immediately be observed upon entry to the main lobby area of the hotel, and these are retained throughout the user journey that encompasses the majority of the public areas throughout the hotel. 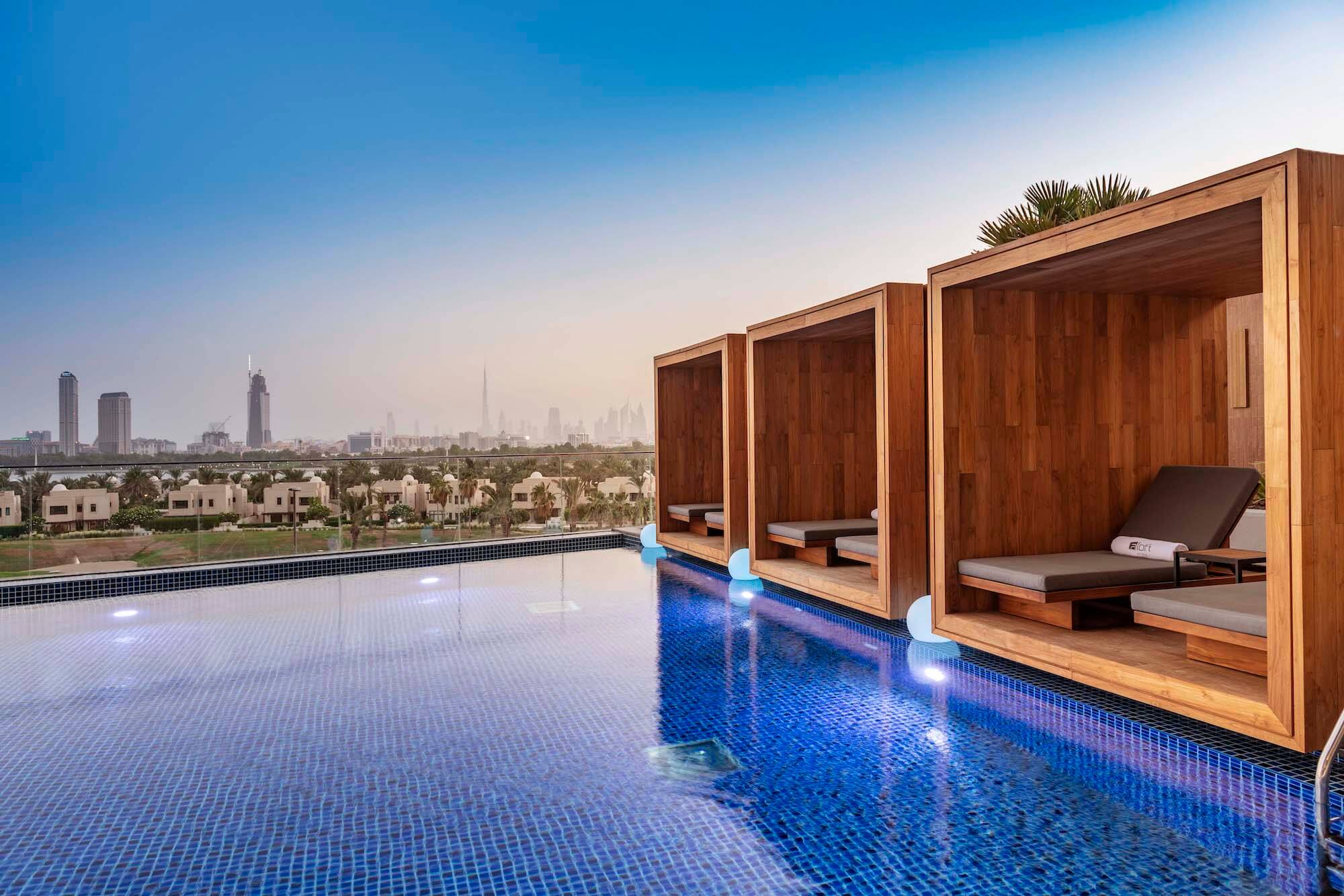 BSBG Managing Partner Alistair McMillan expressed his delight at receiving continued recognition for the group’s design work. “To win an International Property Award for the third consecutive year is a great achievement for BSBG and is testament to the high level of design work we continue to provide,” Alistair said. “The output of our design studio is currently very exciting, particularly with the recent addition of our new Group Design Director, Michael Lewis, and as we continue to develop this area of the business and integrate our creative design capabilities with our technical expertise, our market position will strengthen further.”

Coming up in a series of forthcoming blog posts, we will endeavour to delineate the design specifics of Aloft City Centre Deira that have served to elevate it to become an award-wining hotel development.