BLVD Crescent, a premium dual tower residential development designed by BSBG for developer Emaar, has reached 82% completion, with final handover expected in Q1 of 2019. The project is a landmark development for BSBG for which the group has provided complete design solutions from the concept stage across the three core disciplines of architecture, structures and interior design. Tower one reaches 47 storeys, while the smaller second tower is a 25-storey building, with both linked by an extensive podium overlooking the exclusive Sheikh Mohammed bin Rashid Boulevard in Downtown Dubai.

In addition to the Design Architect role, BSBG is also the Lead Consultant for the project, working on submittals, document reviews, and carrying out post-contract supervision and technical inspections on the works completed to ensure they meet the standard of the concept. 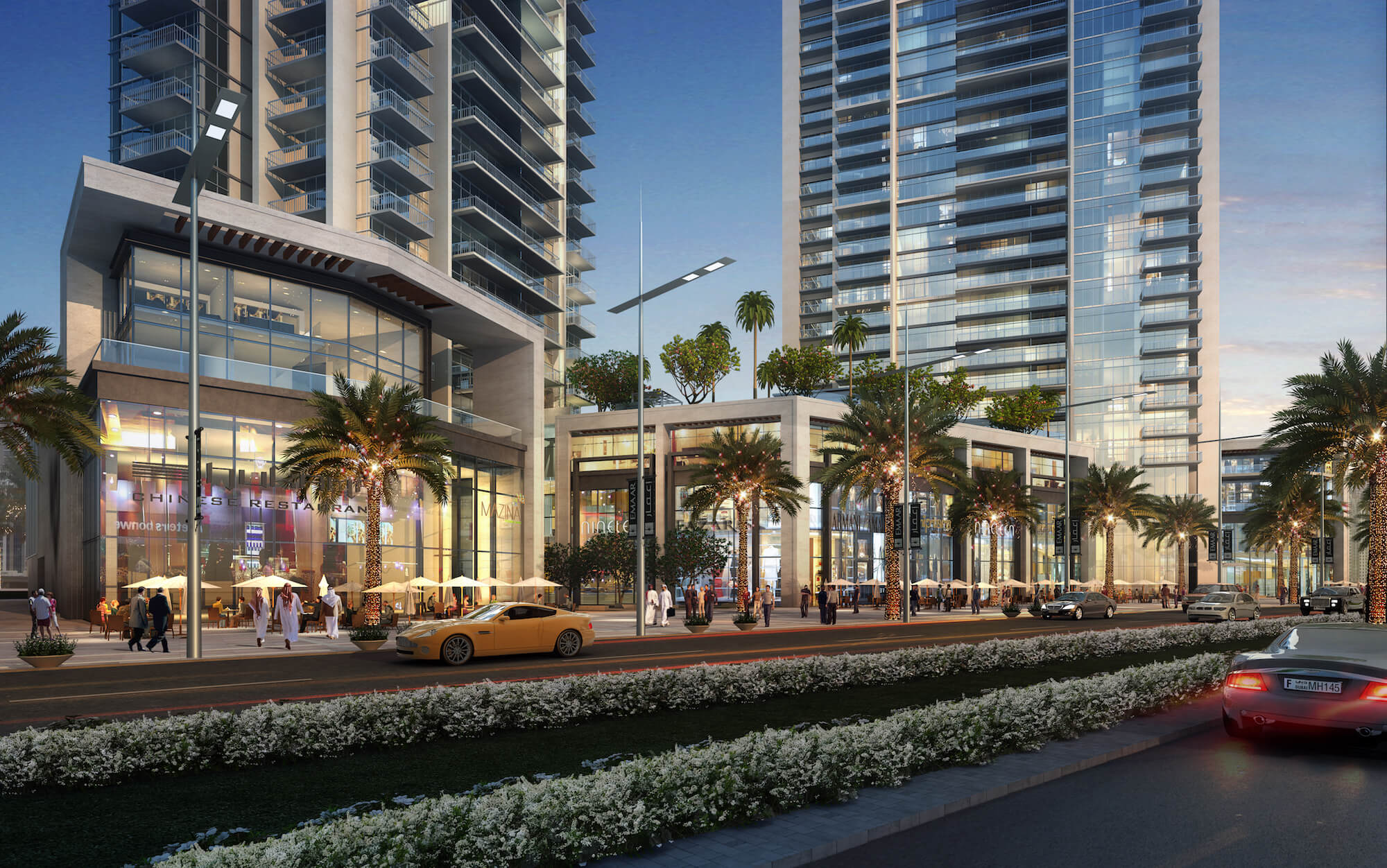 The original concept design visualisations are undoubtedly impressive – the majority of units were sold based upon the first four produced – however, the physical appearance of BLVD Crescent is perhaps even more exhilarating, presenting a unique offering for the boulevard and its surrounds.

Senior Architectural Technologist Alan McIntyre, the Senior Technical Design Co-ordinator for the project, explains that the concept naturally evolved as final material selection took place, which resulted in the selection of darker glazing, offset by a lighter GRC. “We carried out an extensive exercise on the glass,” he begins. “We had the original sample of the blue tinted glazing on the concept drawings in the BSBG office for perhaps two years or so, before we got to the product submittal stage. By this time the design had evolved quite substantially since its earliest guises, and when we compared it to the other materials and the overall design, there was definitely scope for improvement. We went with this darker grey colour, which really stands out in the Downtown district when you compare it with the surrounding buildings. We also changed the GRC to a lighter shade. It gives a great contrast to the aesthetic quality of the development.” 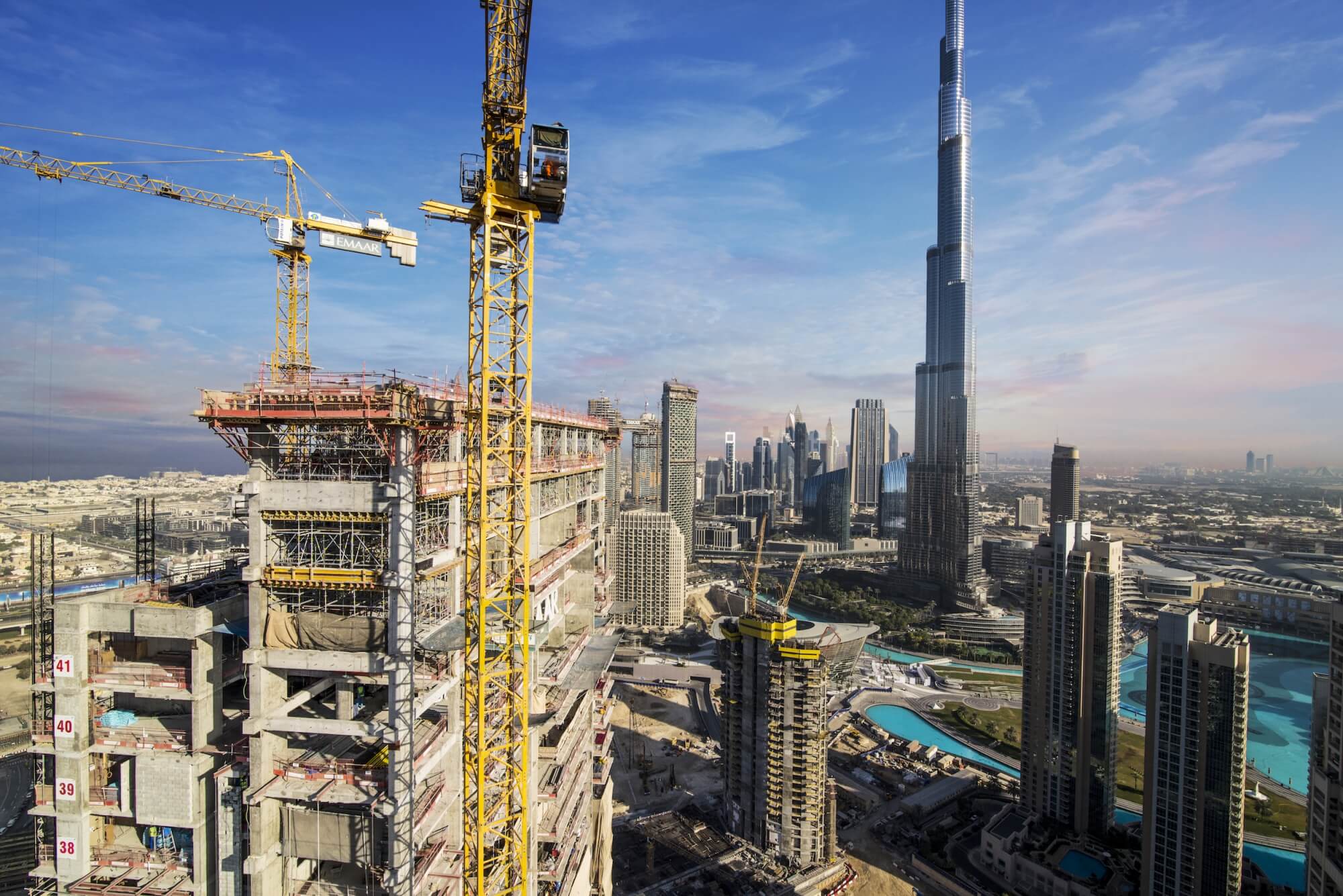 The overall façade, which features dark-tinted contemporary curtain wall glazing, is now almost complete. Aesthetically, for Emaar, the glazed appearance of BLVD Crescent serves to represent a departure from the traditional residential stylings in Downtown, achieving a move in to a more sleek and modern realm.

With the external areas of both towers now verging on completion, attention has moved to the podium areas and the retail component that sits at ground floor level on Sheikh Mohammed bin Rashid Boulevard. “The two towers are very close to a finish, both in terms of the glazing and GRC,” Alan says. “It’s now where the focus is really on the landscaping and the retail component at the front, as we build up momentum towards handover. The podium will feature palm trees and natural grassed areas, with a large swimming pool, a kids pool and play area towards the rear of the development with lots of shading, and an area dedicated to yoga and relaxation which is directly opposite the Dubai Fountains and the Burj Khalifa.” 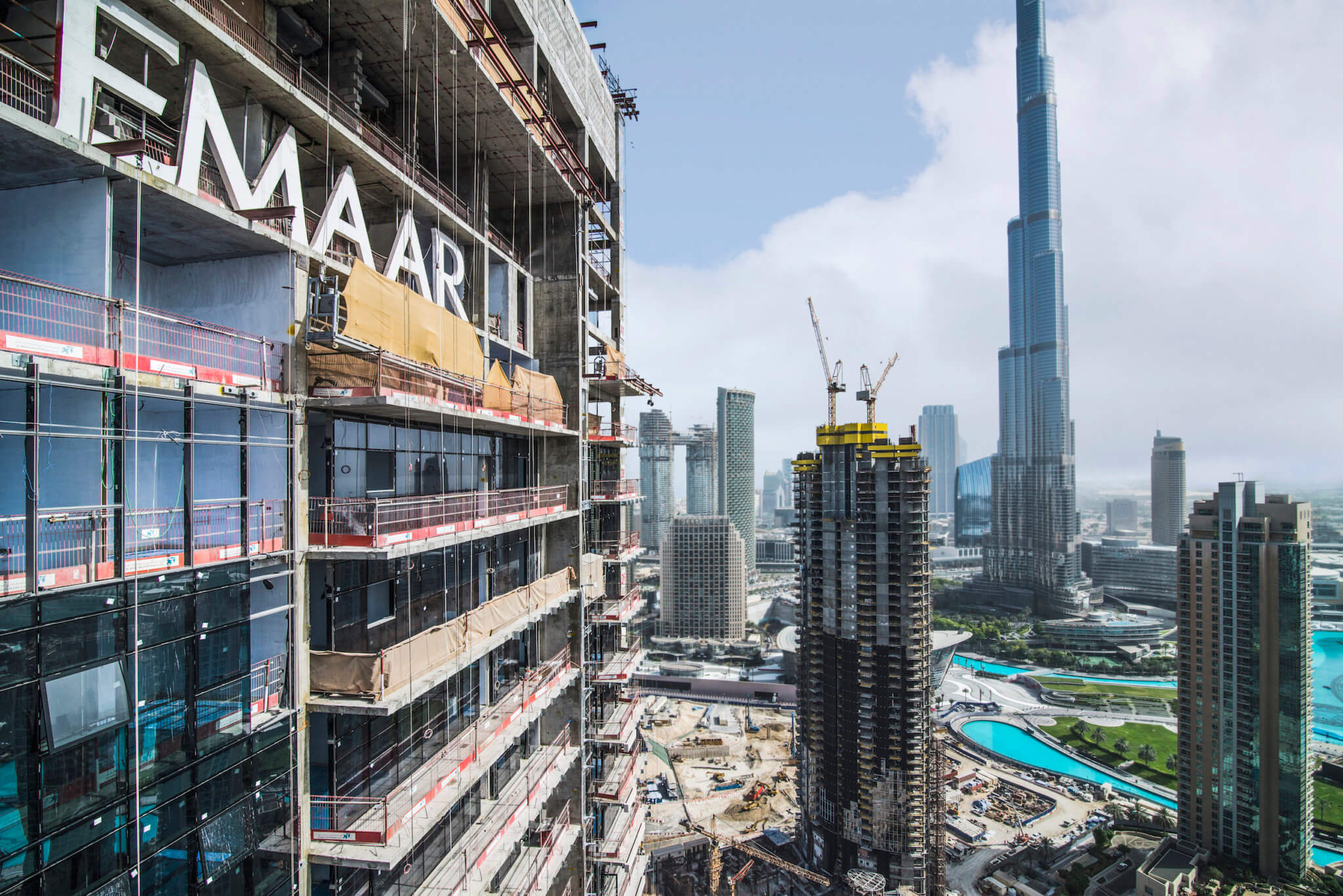 For BSBG, BLVD Crescent was the first project that featured a 100% continuous workflow in BIM, and also the first opportunity to work alongside Emaar. As we come to the end of our site tour, Alan reports that this relationship has been very successful and fruitful for both parties, and hopes that it will continue. “BLVD Crescent has been a high-performance project in terms of design and delivery for Emaar. All the feedback we’ve had from the client has been extremely positive in terms of the work we’ve done, and we’re currently working directly with the developer on a number of other residential and retail projects. We’ve developed a great working relationship with Emaar, and certainly as two businesses for whom there is no compromise on quality, we are obviously very well aligned. I think this mutual commitment to quality could become the new standard for others to follow when we see BLVD Crescent reach completion early in 2019.” 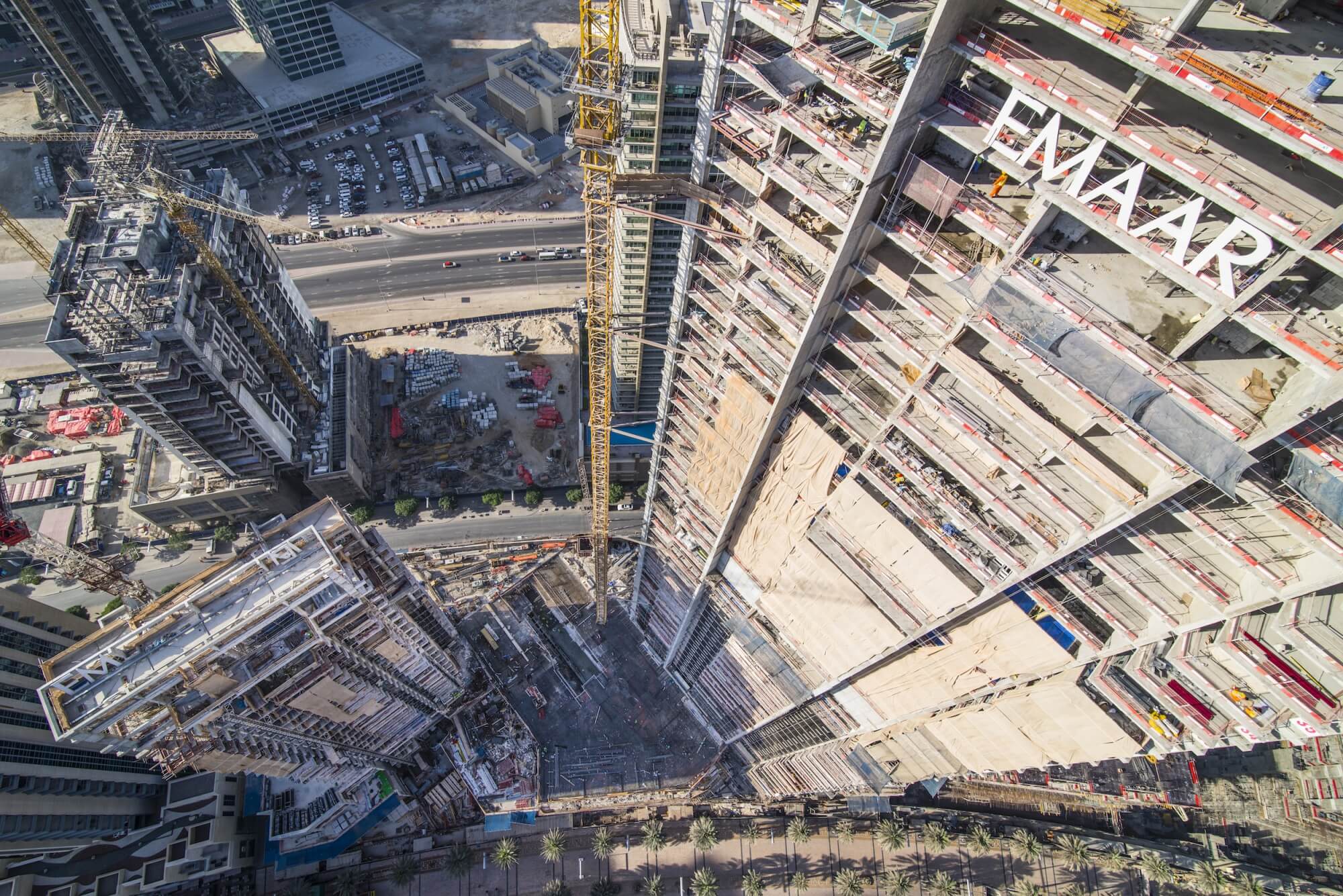 Take look at this timelapse video of BLVD Crescent, posted by Emaar.