A project that commenced in 2011 and completed in 2015, the iconic Addax Tower is the sixth tallest tower in the emirate of Abu Dhabi, and remains to this day a significant commercial office development within the Brewer Smith Brewer Group (BSBG) portfolio.

BSBG worked alongside main contractor Multiplex under a Design & Build contract to manage and oversee the full design and delivery of the majestic 62-storey tower, providing interior design for all public areas, including the main entrance lobby space.

Structurally, the 266-metre skyscraper is predominantly constructed of reinforced, post-tensioned concrete, while externally a glass and aluminium curtain wall façade wraps the building and the nature of the design presents a sense of prestige that has helped Addax Tower become the standout addition to this premium business district in the UAE’s capital. 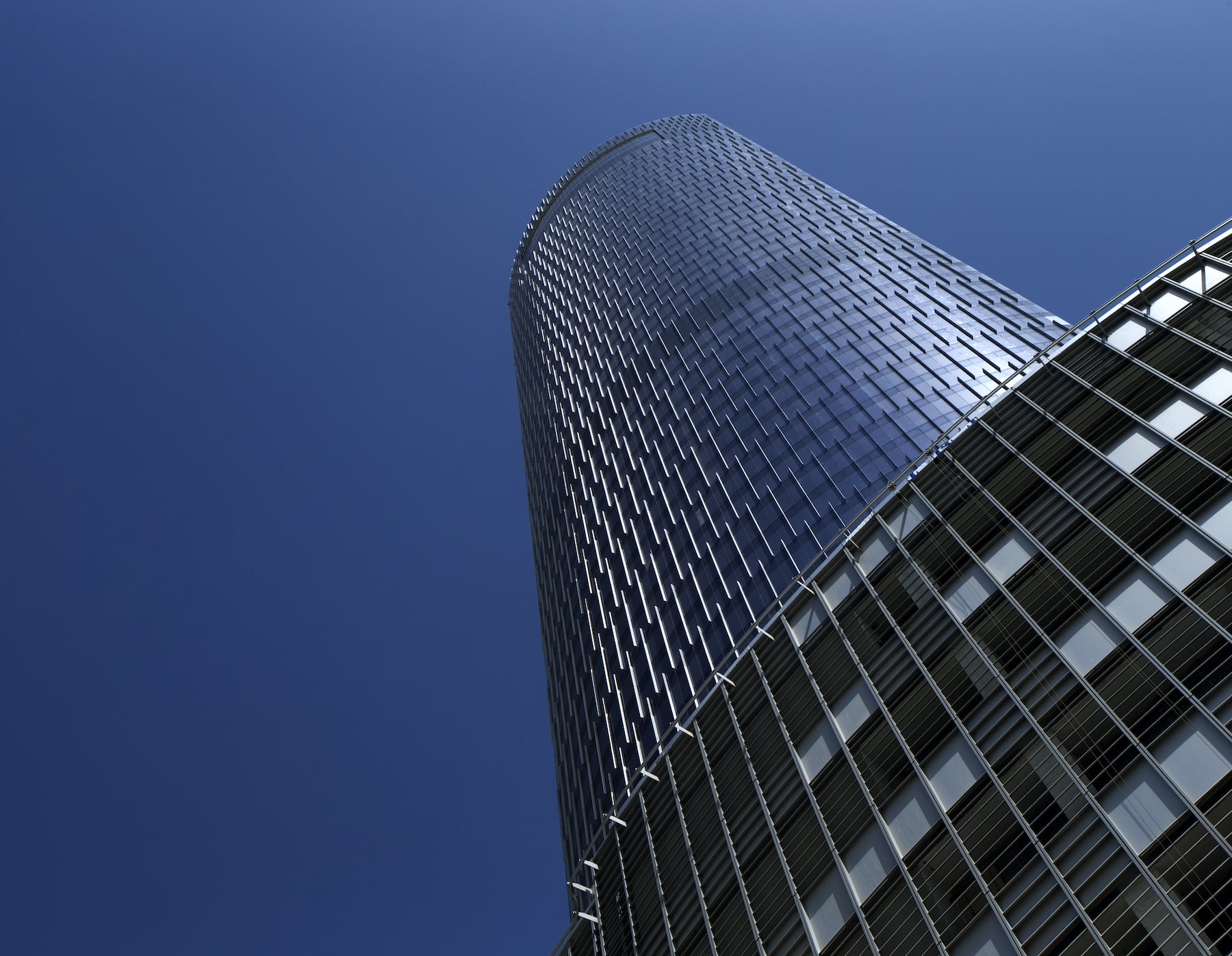 During construction, BSBG and all project collaborators worked intensively to realise the design under extremely demanding deadlines, with the total cost of executing the project reaching in excess of AED 900 million. The construction phase was made particularly challenging due to a number of additional factors. The first of note was the limited space available due to much of the City of Lights masterplan having been completed in advance of Addax Tower beginning. During the early part of construction the adjacent canal basin was used as a lay down area for materials, however once the canal was flooded this area had to move to the podium of the tower next door. This new lay down area was also used for onsite prefabrication of concrete blocks. In total, some 136,700 m3 of concrete was used in the construction of the tower, with a raft pour that lasted for two and a half, comprising 11,250 m3 of concrete – at that time the largest single raft pour undertaken in Abu Dhabi.

A second challenge was the effective wind funnelling created around the building by a combination of both exposure to the estuary and the sea just beyond, and the proximity of the surrounding towers. This wind funnel effect presented difficulties on certain wind days with hoisting materials using external cranes, and as such at a very early stage of construction the core was targeted for a fast track finish so as to commission the building’s 20 lifts early. This meant that if a particularly windy day rendered the cranes redundant, people and limited materials could still be ferried up the building, mitigating any cost to programme from delays due to windy conditions. 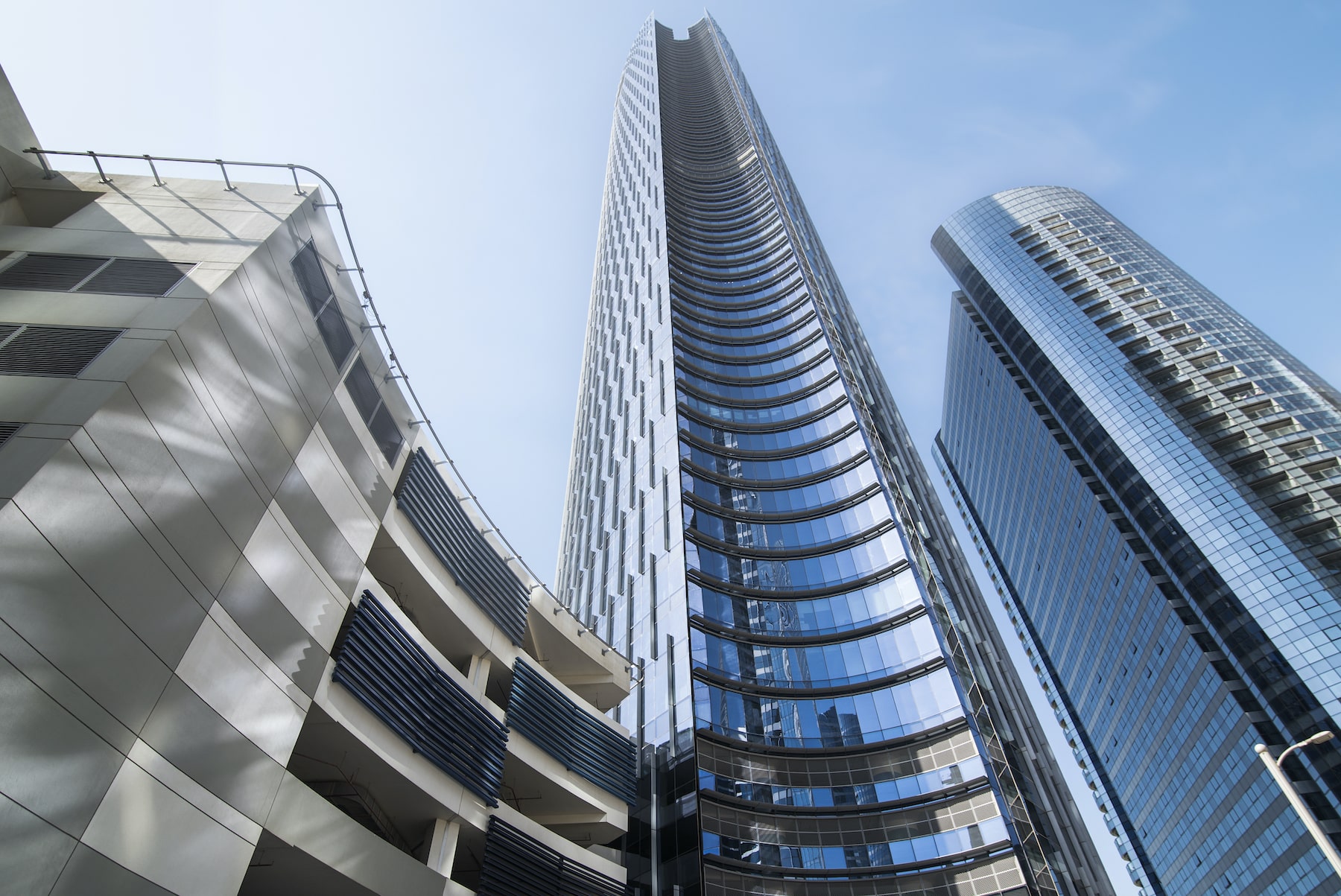 A grand double height entrance and lobby greets visitors to the finished building, in which office floor plates are presented as column-free offerings top allow extra flexibility for tenants. The commercial tower itself rests upon a six-level podium, with three basement levels that host 3,900 parking spaces. 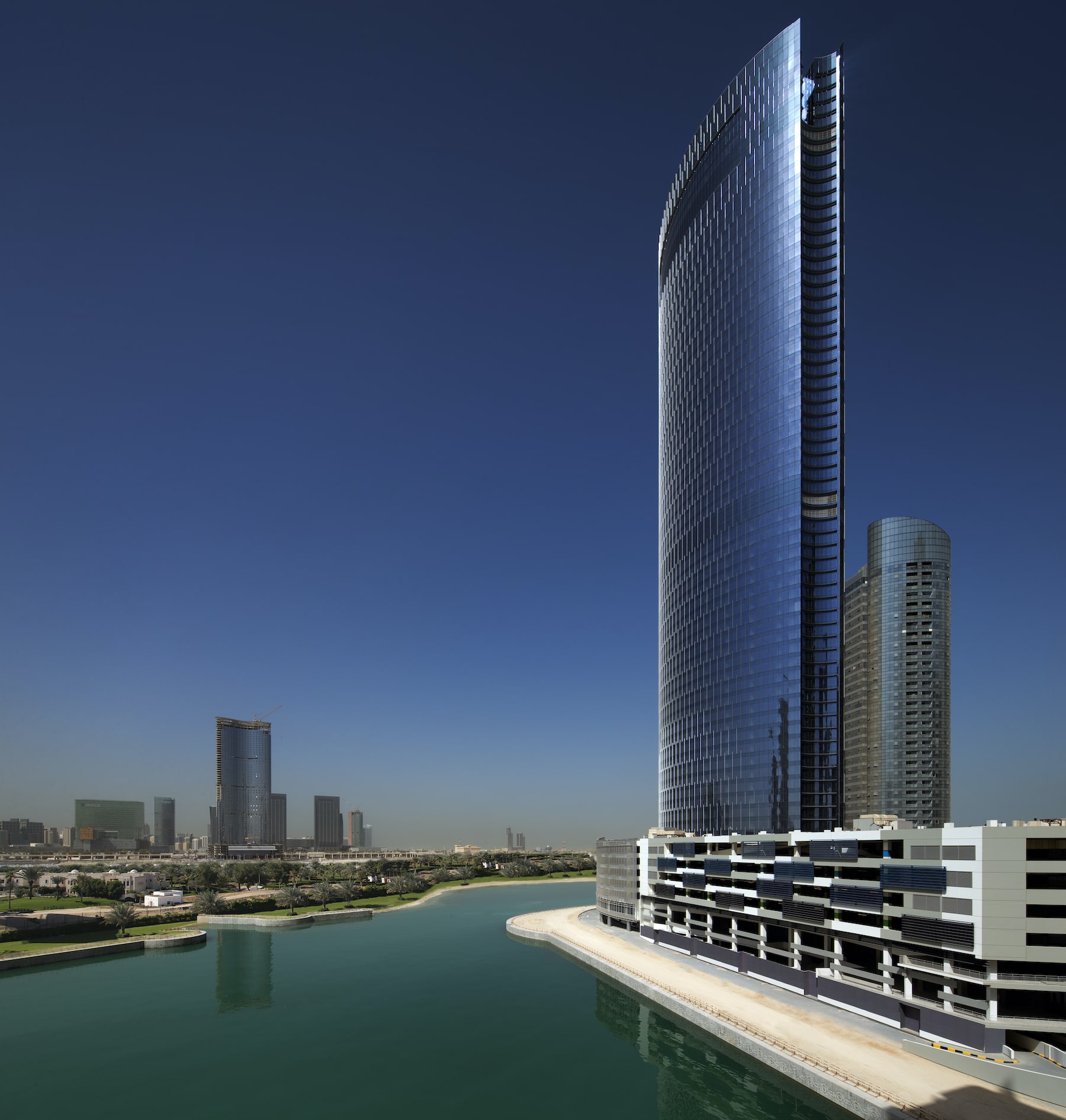