Brewer Smith Brewer Group (BSBG) is the proud recipient of two international awards for the architectural design of the new VISA Headquarters Building, a project currently under construction in Dubai Internet City. As the outright 5-star winner of both the Dubai Architecture and Dubai Development categories, BSBG will now move into the Arabia awards.

The two five star accolades, in the Dubai Office Architecture and Dubai Office Development categories respectively, represent the first awards received by the BSBG design hub +studio since Group Design Director Michael Lewis joined the firm. Under Michael, +studio has embarked upon a mission to deliver thoughtful and inspiring architecture led by creative thought and focused on people, wellbeing and intelligent use of space. 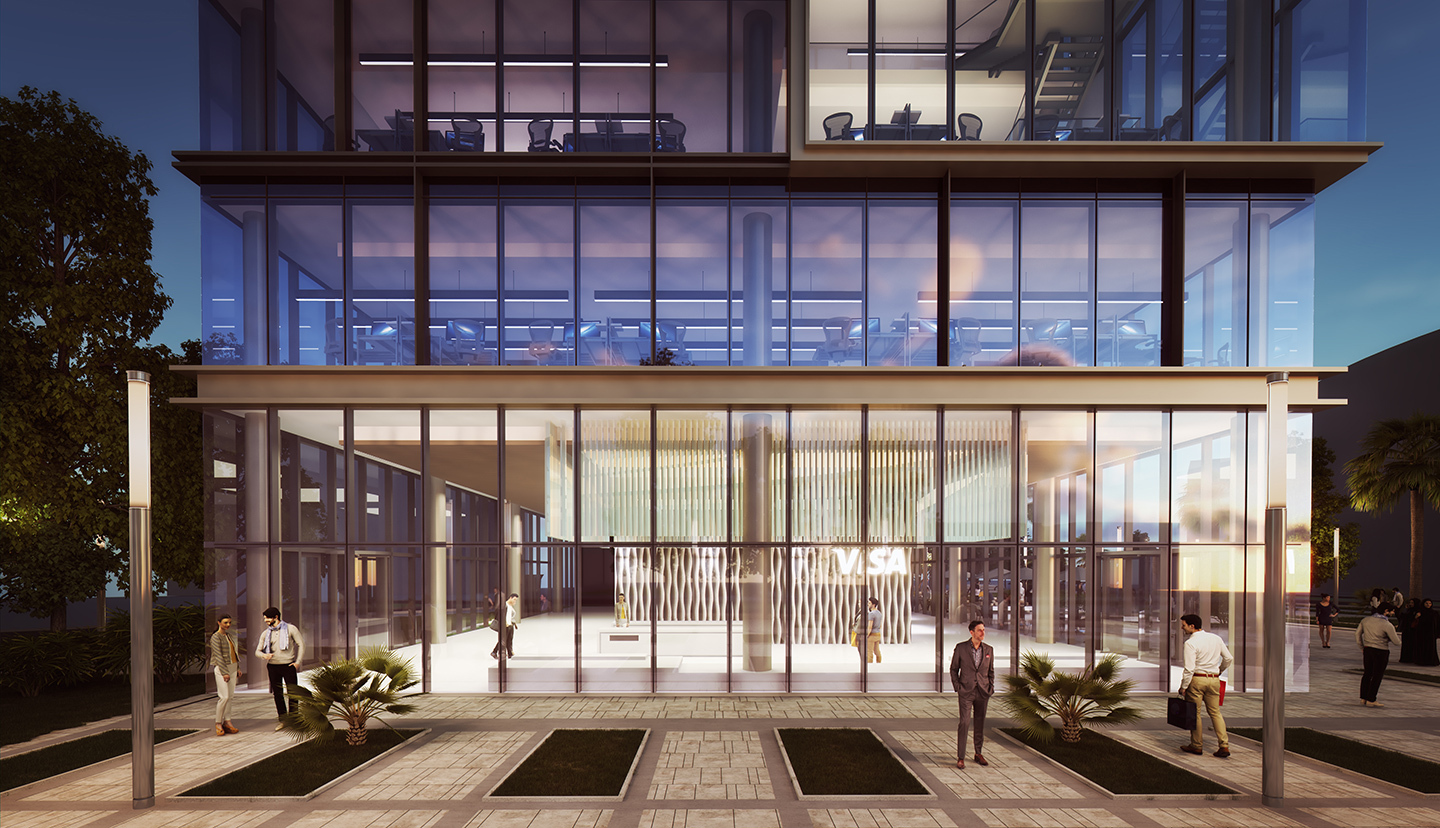 The VISA Headquarters Building is one of the first concepts to have been delivered by +studio since Michael Lewis took charge in 2019. “We went on a journey to create a concept that celebrates the introduction of a central hub for Visa in Dubai,” Michael said at the time the project was publicly unveiled. A landmark, instantly recognisable building was created, founded upon the strength of the internal structure and with aspirations of becoming a reference point for commercial design in Dubai.

BSBG also won a third award for the interior design of JA Lake View Hotel this year, marking a remarkable 12 months for the group during which a number of highly successful projects have been delivered, despite challenging briefs, timeframes and market conditions. “To receive three awards for our architectural and interior design work is another hugely significant milestone for BSBG,” Alistair McMillan commented. “These awards acknowledge our world-class design output, and both projects, JA Lake View Hotel and the VISA Headquarters Building, are standout examples of the design standards and methodology we follow as a group.”

+studio collaborated with developer Sweid & Sweid to deliver the design for the new headquarters. Previously this partnership has resulted in commercial office building The Edge, and Banyan Tree Residences – Hillside Dubai; both projects are previous winners of International Property Awards.

More to come on the design journey of the award-winning VISA Headquarters Building shortly.

In our five architectural trends for 2023, we explore five initiatives and ideas that we predict will be at…

Full of new partnerships, projects and opportunities, 2022 has been a memorable year for Brewer Smith Brewer…

Brewer Smith Brewer Group (BSBG) has announced its role in the design and delivery of Peninsula Four, The…