The last 12 months have been full of activity for Brewer Smith Brewer Group (BSBG), with a host of project completions, new project awards, the opening of a new office in the Kingdom of Saudi Arabia for the group, as well as many new staff, internal promotions, and a hugely significant milestone for Managing Partner Alistair McMillan, who celebrated 25 years with the firm.

In our latest we blog we look back over some of the highlights of 2021 – a year that witnessed renewed confidence in BSBG’s key markets, after a challenging 2020. 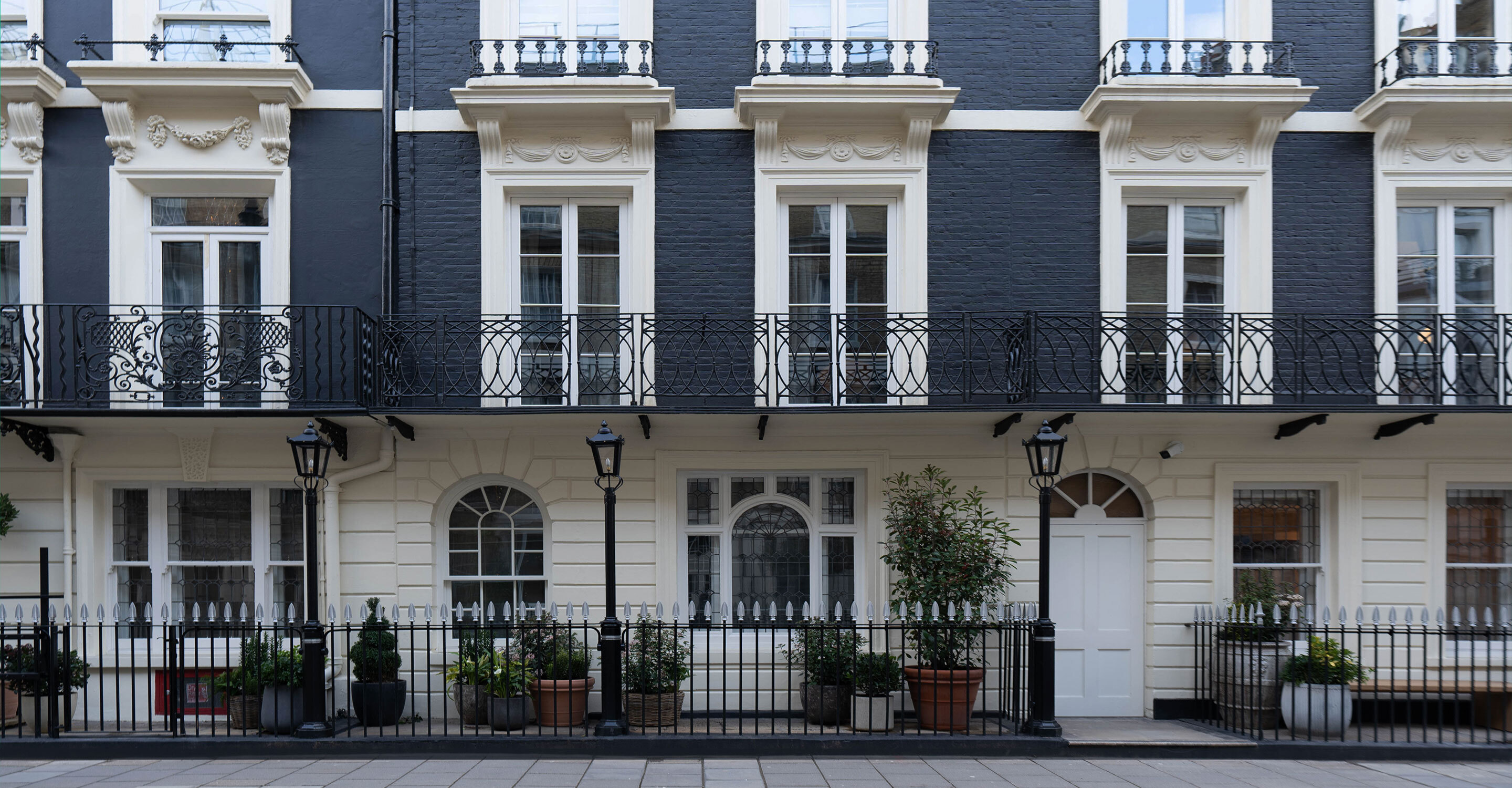 The year began on a positive footing for BSBG in London, as two key hospitality projects opened up to receive guests after delayed openings due to the pandemic. The Mayfair Townhouse and Nobu Hotel London Portman Square were delivered for client London + Regional Hotels, involving complex refurbishments of existing properties, both containing listed buildings. In the Executive Architect, Executive Interior Designer and Lead Consultant roles, BSBG was able to coordinate and deliver the design for both projects, despite the mid-programme onset of the global pandemic and subsequent lockdowns in the UK. Since delivery, both The Mayfair Townhouse and Nobu Hotel London Portman Square have been very well received by guests and reviewers. As the first projects for BSBG since the establishment of a studio in Holborn, the projects are prized additions to the group portfolio. 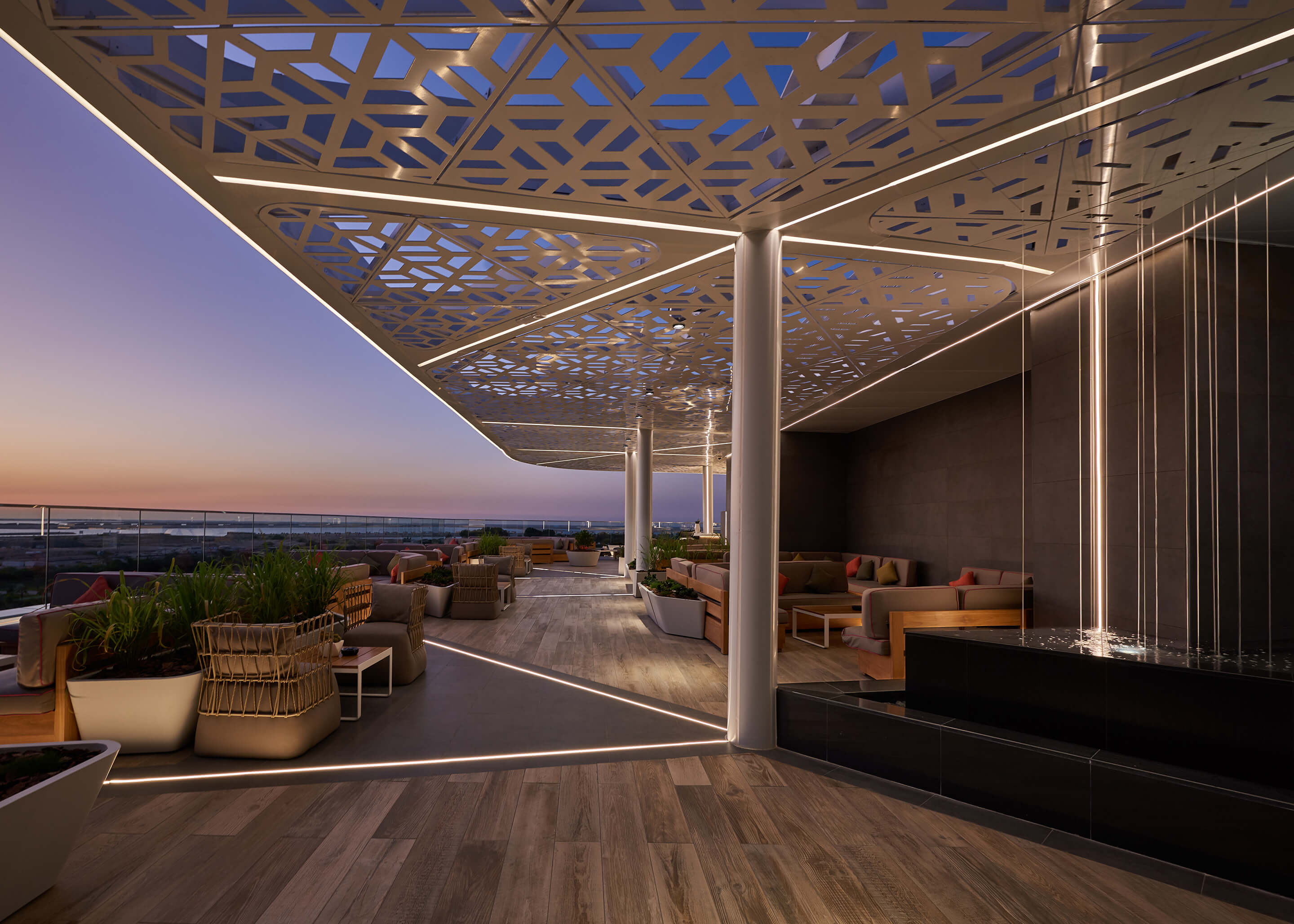 JA Lake View Hotel was a key project for the BSBG Interior Design division, and since completion it has been the recipient of numerous accolades, including The Best Luxury Hotel Interior Design in Dubai by the 2021 Luxury Lifestyle Awards in February.

Read more about the award here. 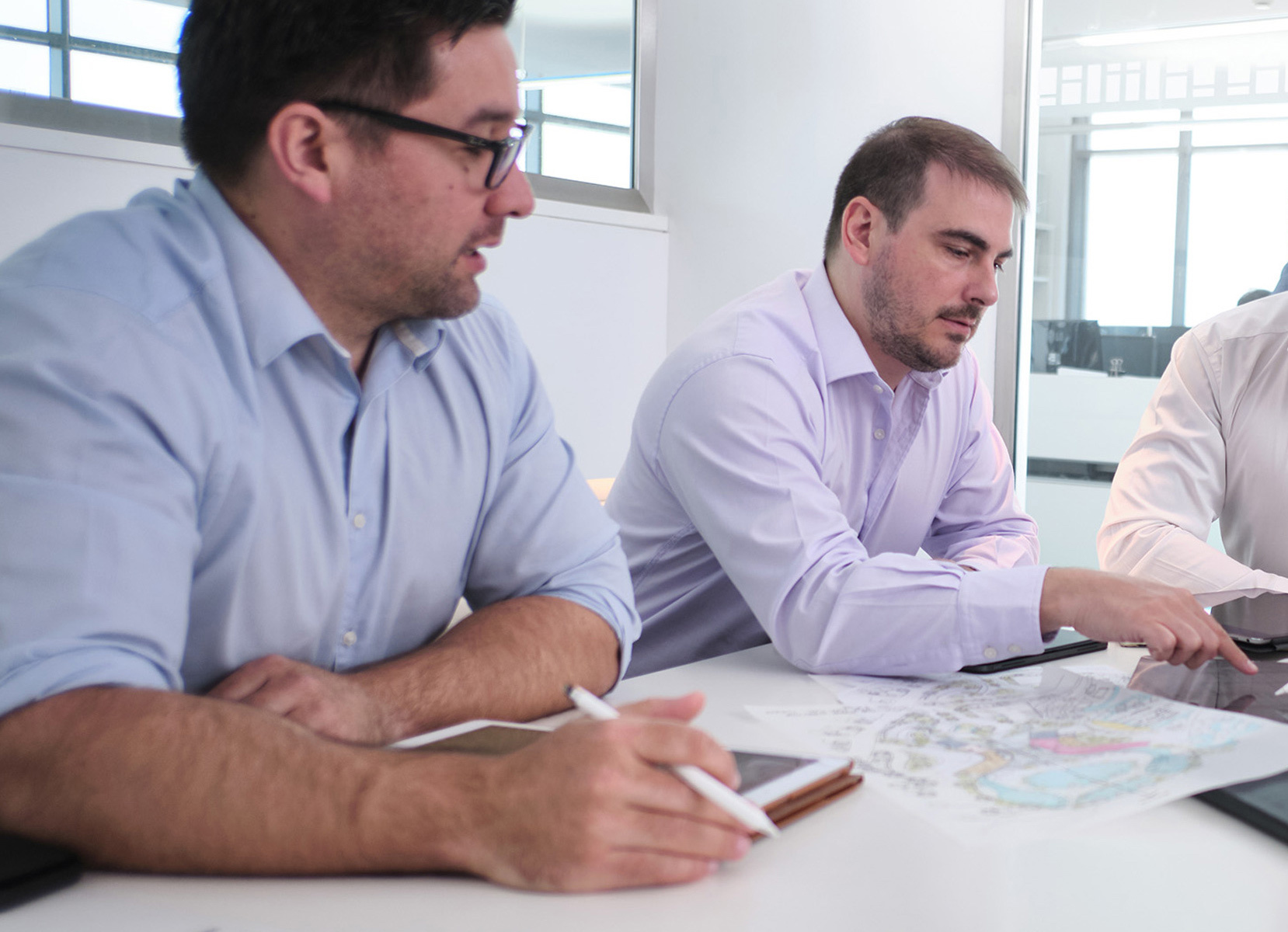 BSBG has for many years maintained an extremely close relationship with the Chartered Institute of Architectural Technologists (CIAT), and so in March there was cause for celebration as company Director Chris Brownbecame a Fellow of the Institute. Chris received recognition for his outstanding contribution to raising awareness and knowledge of Architectural Technology and the Institute itself throughout the Middle East. 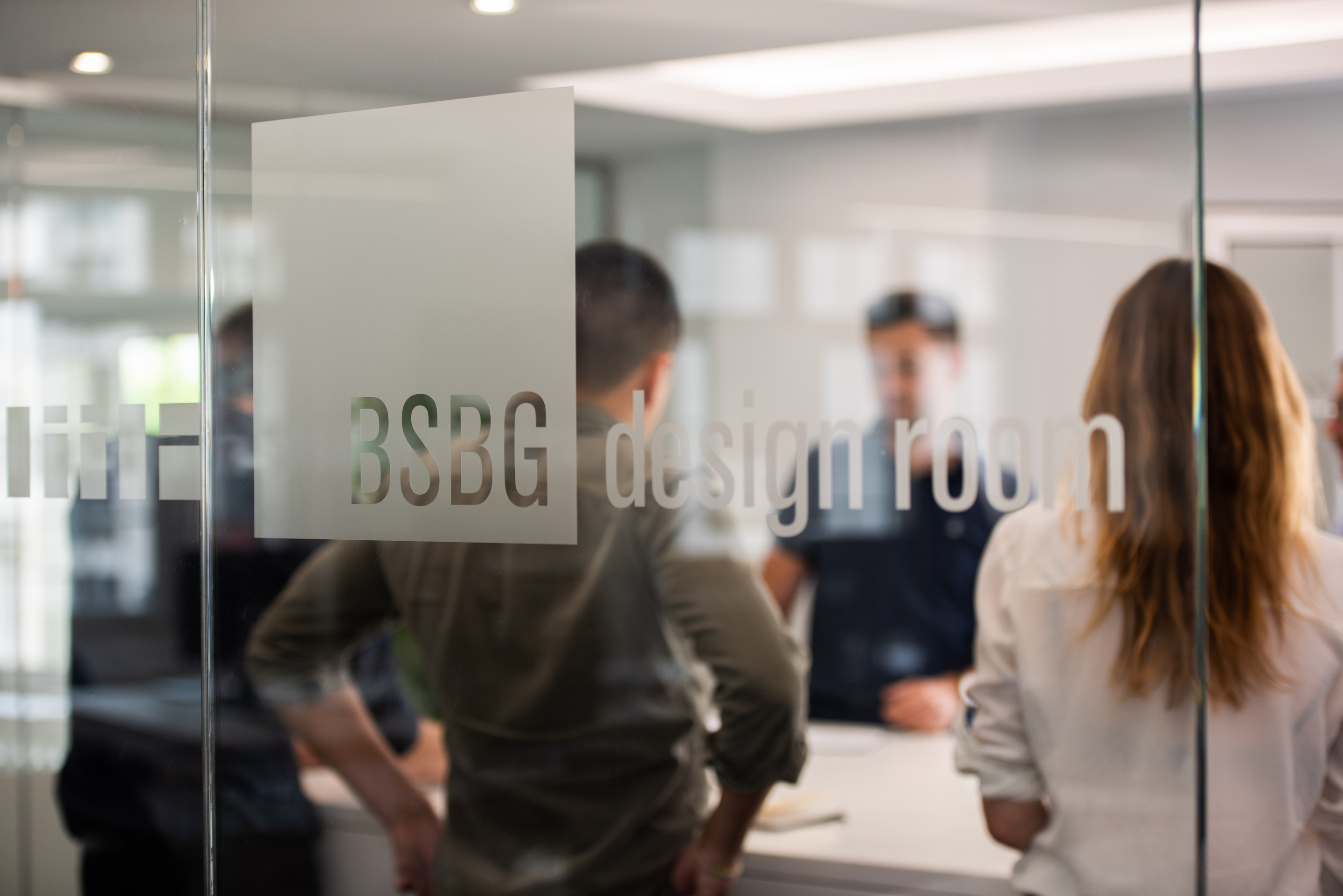 As a business that must consistently show agility in response to market trends and dynamics, BSBG is constantly evolving and assessing the way in which it offers its services, as well as the message it conveys to its clients. In April, a new mission and vision was announced to “reflect the values and approach we have as both a design studio and executive architecture practice,” Managing Partner Alistair McMillan said at the time. Our new Mission: “To improve, inspire and contribute to a future focused on people”, and new vision: “To connect people with places through creative design and technical expertise”.

Read more about the announcement here. 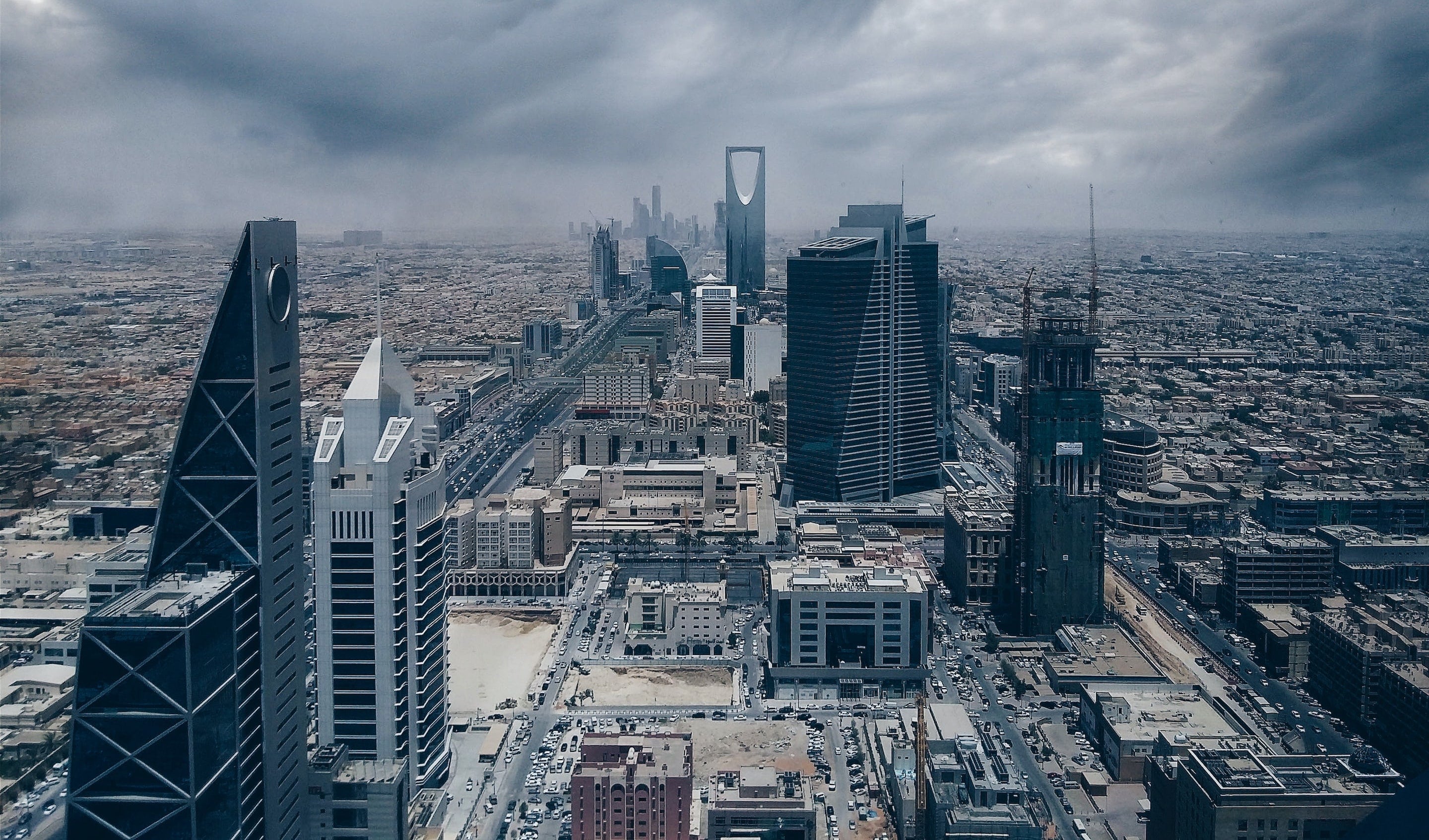 It was in April that BSBG formally announced its move into the Kingdom of Saudi Arabia, and with the award of a full Architectural and Engineering License, quickly began working on projects that will contribute to the remarkable vision of the nation’s leadership. Shortly after its establishment in the Kingdom, Bart Leclercq was announced as Head of Studio, and a number of key BSBG representatives joined him from the Dubai HQ to help deliver the standard of architecture in KSA for which the group has become renowned. 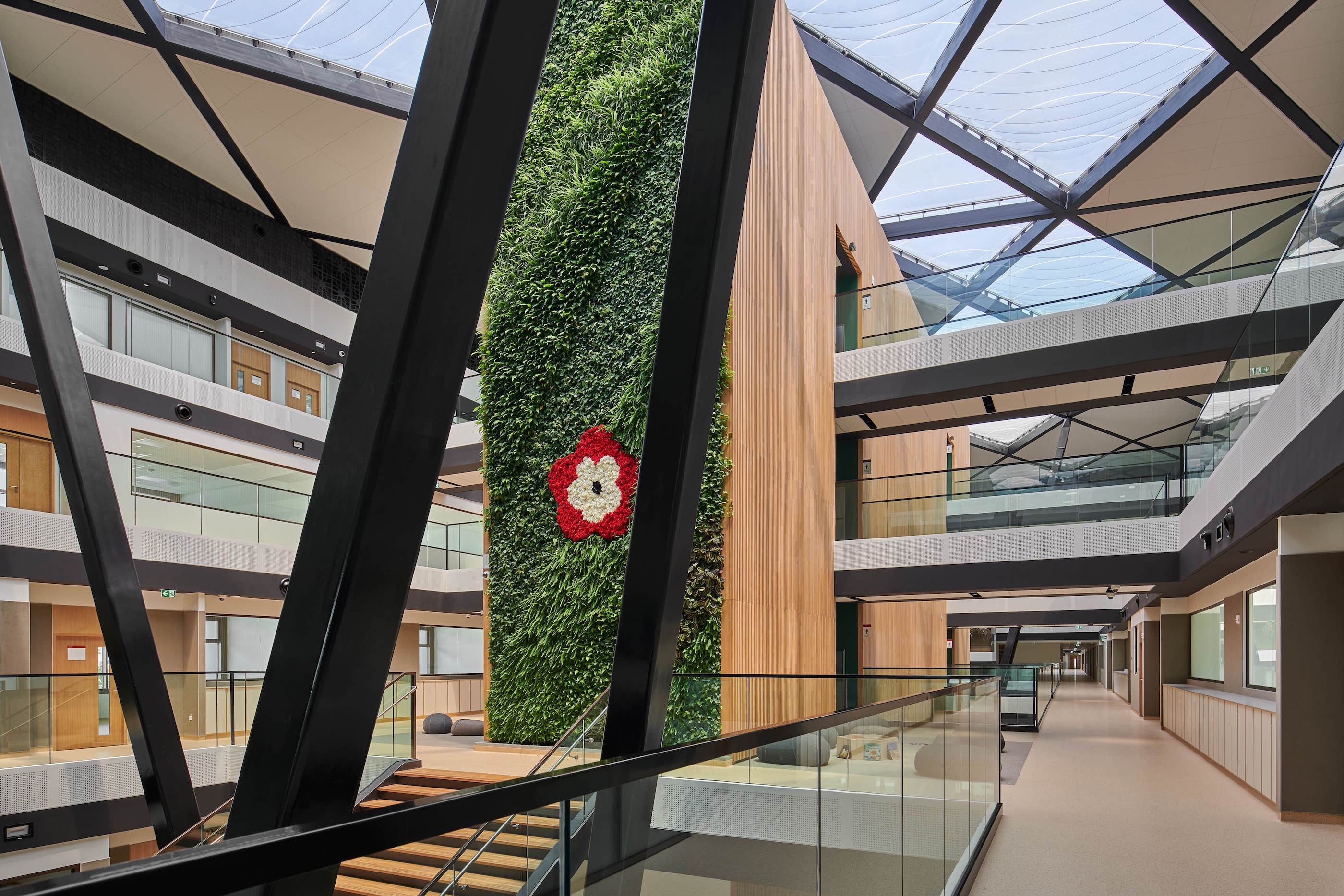 The prestigious Royal Grammar School Guildford Dubai, a project upon which BSBG provided Lead Consultancy, Executive Architecture, Engineering and Construction Supervision, reached handover point in the summer months, and welcomed its first pupils in September. The project becomes one of the standout educational facilities in Dubai, with a focus on sustainability and wellbeing throughout the campus. At the time, Director Demetri Tourtouras said: “Walking through the finished campus and seeing the attention-to-detail, first-rate facilities and the general standard of product we have delivered, reinforces the remarkable accomplishment of achieving fast-track delivery on a project of this nature.”

Read more about the school here. 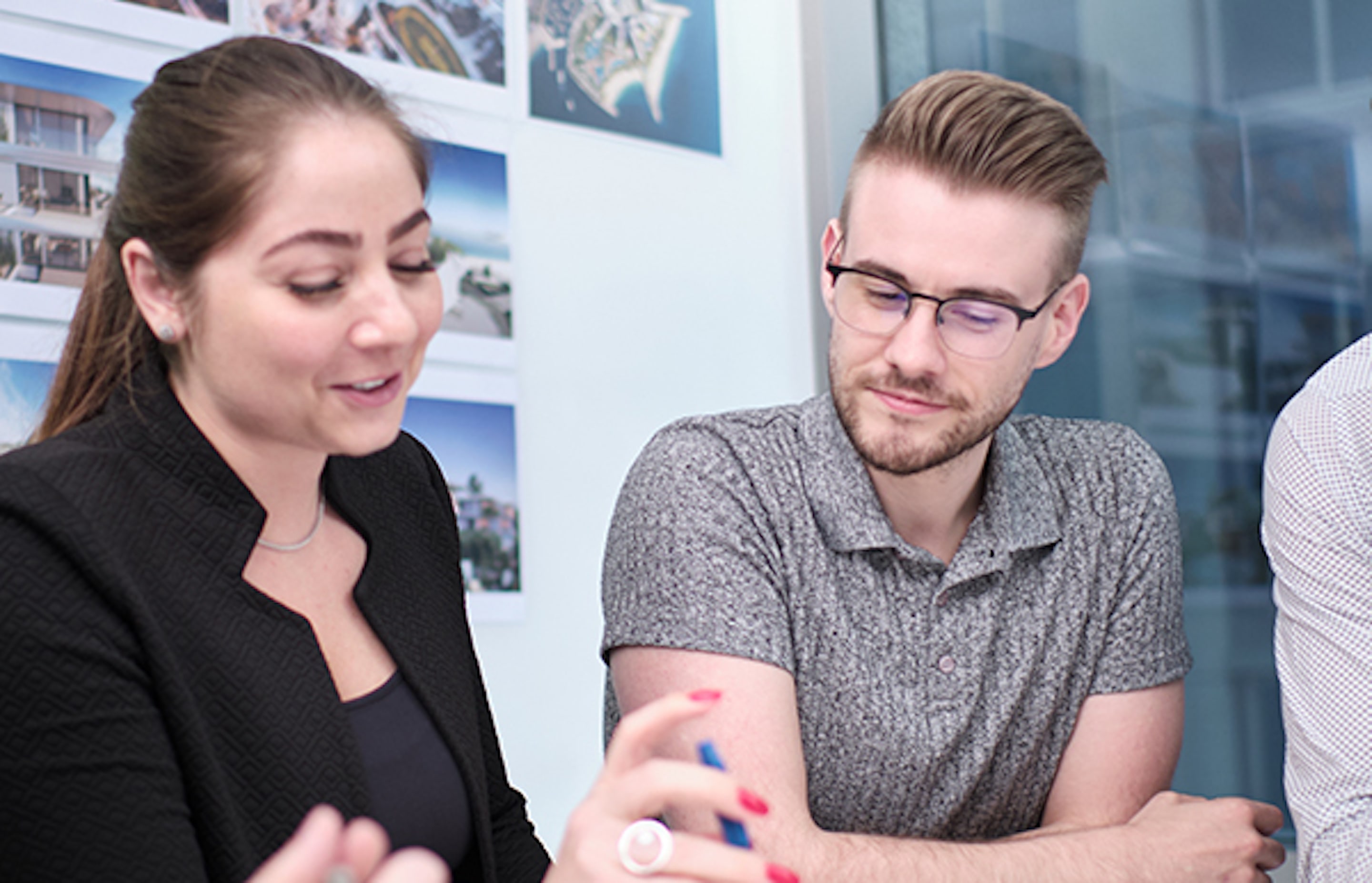 On the back of a positive first half of 2021, and as reward for ongoing commitment to the business, Managing Partner Alistair McMillan announced a host of internal promotions in October, including one each for Kevin Harper and Andrew Bereza (Senior Partners). Alistair commented at the time: “The announcement of these promotions reflects years of dedication and hard work from our staff, and the senior management team is full of talented people ready to continue to drive the business forward.” In addition, with the award of a number of new projects both in Dubai and the Kingdom of Saudi Arabia, many new faces joined the +executive and +studio teams to work on some of the most high profile and challenging project in the BSBG portfolio to date – at the time of writing, these projects remain highly confidential. 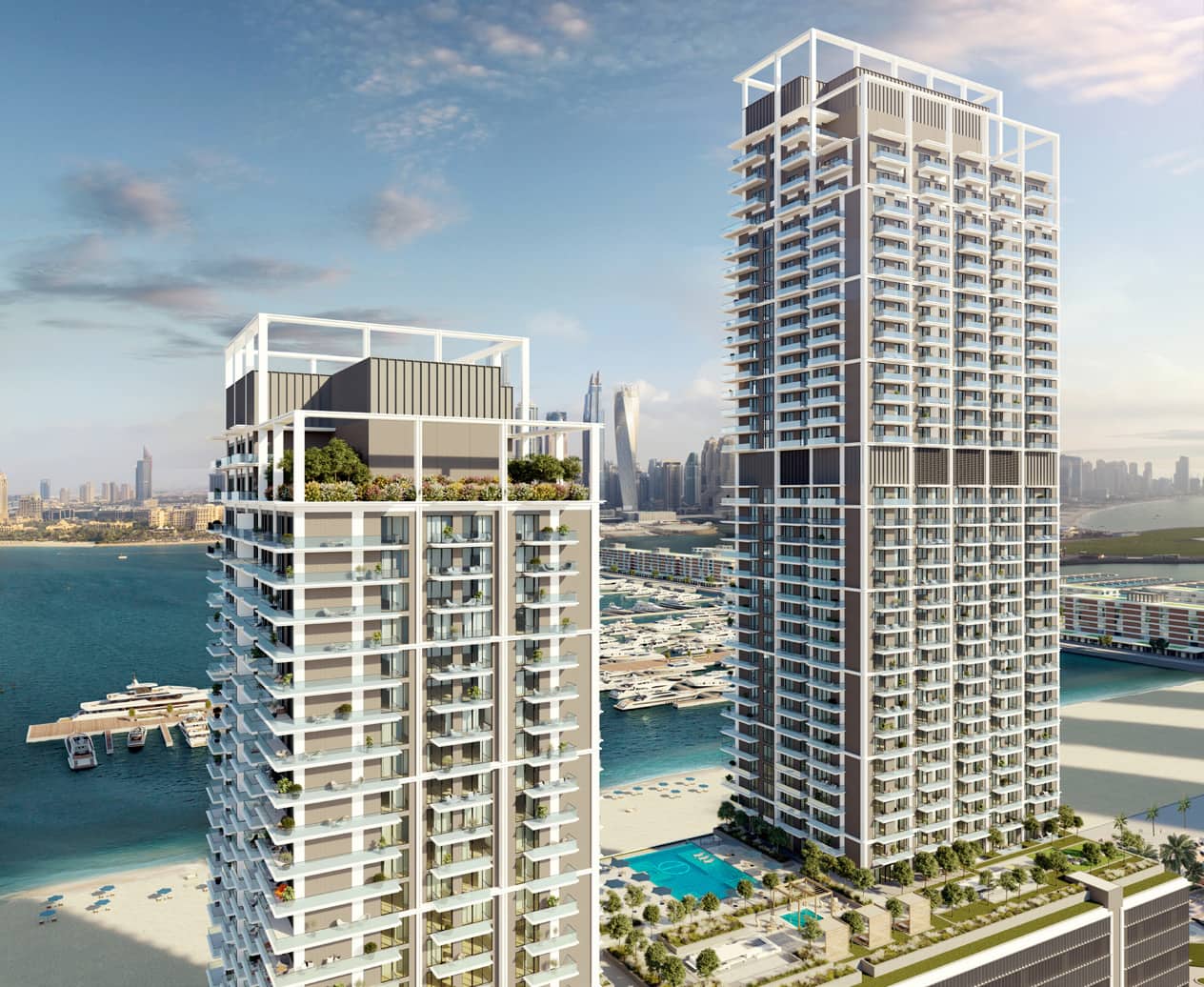 BSBG announced a renewal of its long-term relationship with Dubai developer Emaar, as the design of Beach Mansion, located in one of the most exciting new development areas in the emirate, was announced at the end of October. BSBG was engaged as Concept Architect, Executive Architect, Structural Engineer and Lead Consultant on the super high-rise residential development, which features two towers – of 37 storeys and 20 storeys, resting upon a nine-storey podium.

Read more about the announcement here. 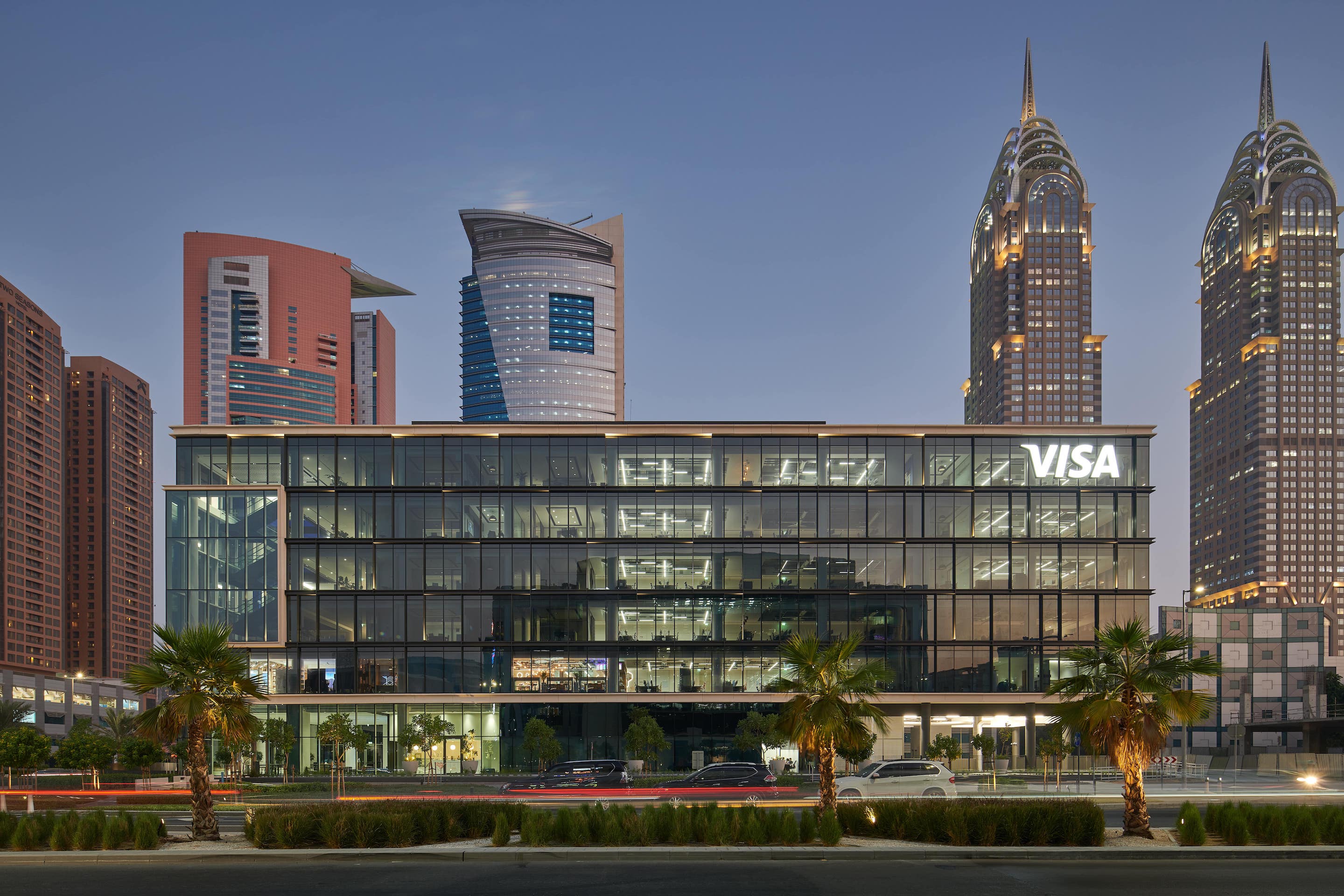 The award-winning, BSBG-designed Visa CEMEA Headquarters building reached handover in the last quarter of the year, with BSBG’s +studio design team providing the concept for the building on behalf of long-term client Sweid & Sweid. The project received numerous accolades for its unique design, and since opening it has received a great deal of attention through the region as the home to one of the world’s leading fintech organisations. Visa has made a long-term commitment to Dubai by becoming the sole tenant of the award-winning building. 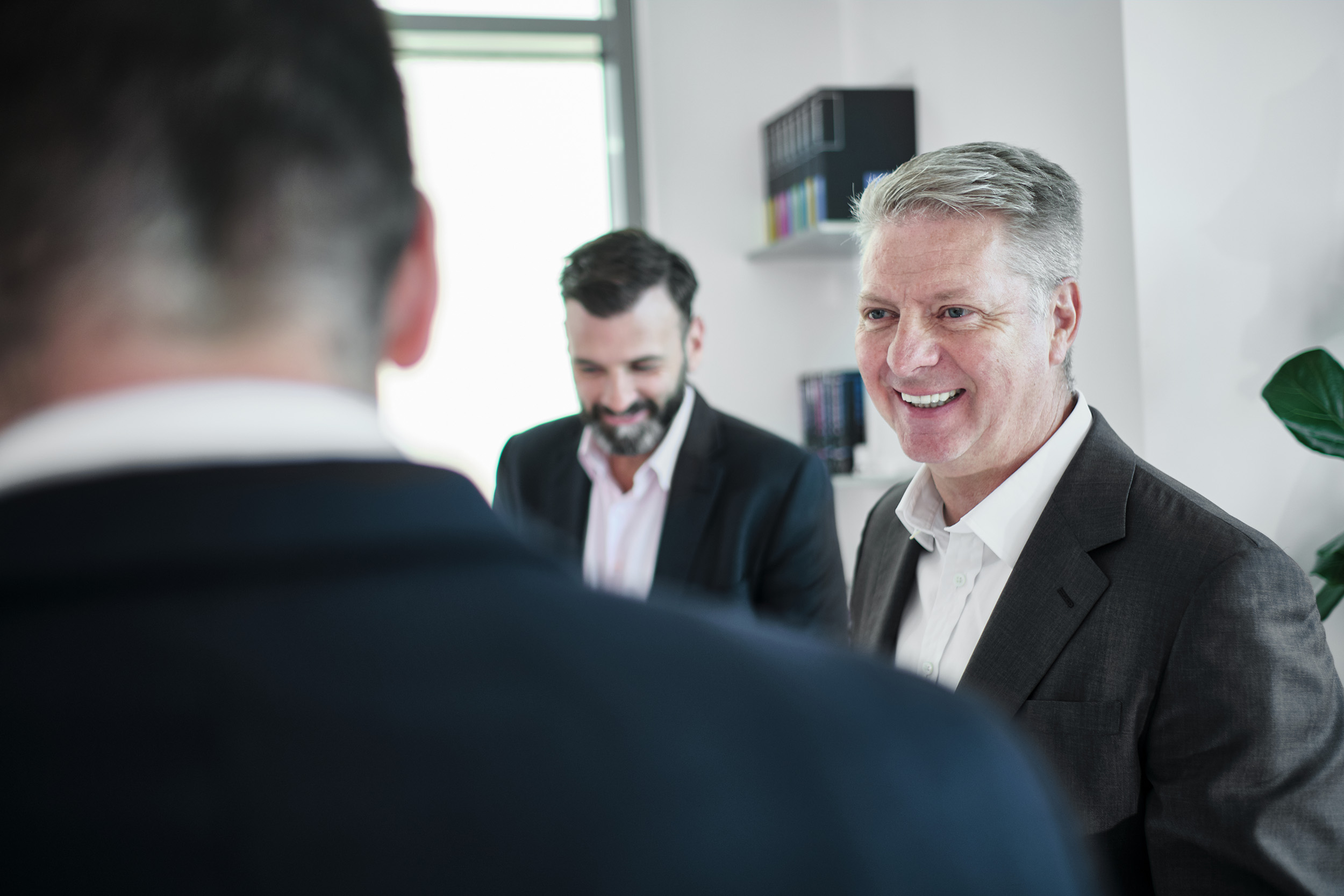 One of the most significant milestones for the business came as the year drew to a close, with BSBG announcing the 25th year anniversary since Alistair McMillan joined the practice. Under his leadership, BSBG continues to expand across the globe and provide multidisciplinary services to help clients deliver projects that exceed expectations. Watch the video below, which commemorates the tremendous milestone of 25 years with BSBG for Alistair McMillan.